Expansion topped the agenda for Italian jewelry makers exhibiting at the Vicenzaoro fair. 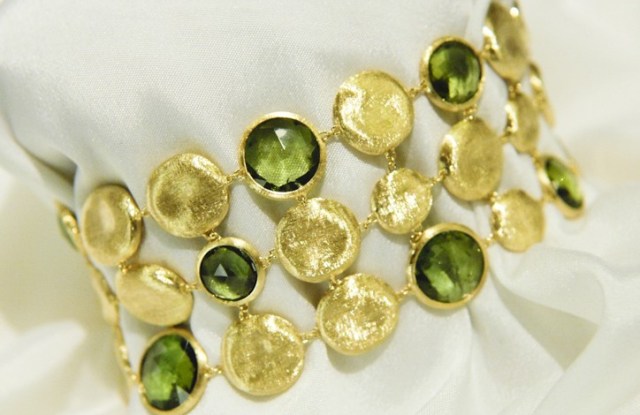 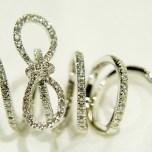 Attendance at the fair, which ended its six-day run here Jan. 21, totaled 17,969, a 35 percent rise compared with last year. Fair organizers highlighted the increase as a sign of renewed interest in gold and jewelry products.

Rosato exhibited alongside Calgaro for the first time following the disclosure that it is acquiring the Italian jeweler. The deal is expected to double sales over the next three years, and Rosato is said to be eyeing acquisition of another brand,

Marco Bicego, a Vicenza-based jeweler, said it had greatly strengthened its presence in Europe by opening new stores in 2009, revealing further plans to open on Crete and replace its existing Mykonos boutique with a new space later this year.

Other companies scheduled for expansion include Milan-based Gavello, which will launch Moscow and Kiev, Ukraine stores in the second half of the year, and Roberto Coin, which will open four boutiques in 2010, starting with the Czech Republic and Turkey, followed in the second half with openings in Bahrain and Kuwait.

“We believe there is a new type of luxury right now,” said Roberto Coin, designer and co-owner of the namesake firm. “In our Capri collection, we’re offering the same style in various materials at different price points.”

Organic and ergonomic forms inspired by nature took the spotlight at the fair.

Rosato featured animal and wood printed enamel bangles and silver rings, alongside a new line called Peace and Love consisting of pendants and earrings in colored silver with mother of pearl charms.

Autore, an Australian company, which started in 1991 as a pearl distributor, offered its contemporary spin on pearls with a collection focused on South Sea pearls and precious gems. Diamond and pearl cluster rings inspired by volcano lava with rubies representing molten rock were new at the fair. The brand opened its first flagship Dec. 15 on Sydney’s King Street and sells internationally to high-end retailers, including Neiman Marcus and Lane Crawford.

“The U.S. remains our first market,” designer Marco Bicego said. “With our new jewels, we want to offer a wider range in terms of product and price.”

Despite a determined spirit among exhibitors, buyers remained cautious.

“Everybody is very realistic this year and more grounded,” said designer and Staurino Fratelli, co-owner of Stefano Staurino. “Classic designs and materials such as gold and diamonds are popular, especially in the States, and customers are still not willing to accept other colors except diamonds.”