The 2,198-square-foot store here is the brand’s first stand-alone unit in Asia. 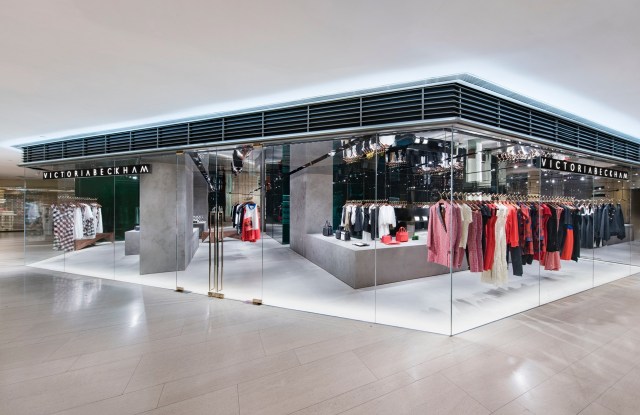 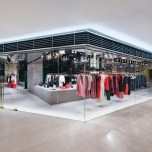 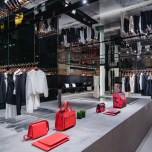 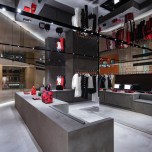 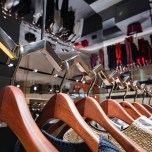 HONG KONG — Victoria Beckham is looking to expand her fashion brand globally, but she’s in no rush and is keeping her eight-year-old business independent — at least for now.

Beckham, who just opened her second stand-alone store in the world in the Landmark mall here through a partnership with Joyce Group, said she is enjoying the freedom of overseeing an independently run fashion house with her partners and co-investors, husband and former soccer superstar David Beckham and businessman Simon Fuller. That could change further down the road, she admitted.

“I think that at one point, we would certainly look into somebody investing maybe…Obviously if we want to expand and grow significantly, then that could be the next stage,” Beckham said in an interview at Duddell’s Chinese restaurant. “But at the moment [the Beckhams and Fuller] all really believe in the business and are happy to keep investing capital.”

The designer stressed that she has been cautious about every stage of growing her business, from expanding to new markets and branching into new products — she spent the first few seasons specializing in dresses, for example — and she would apply a similar approach to selling a stake to an investor.

“You have to be very, very careful and you have to partner with the right people. So that’s a huge, huge decision and not a decision that one would make overnight. So let’s see what happens in the future,” said Beckham, clad in a ribbed black turtleneck and a matching skirt from her fall collection and sporting sky-high pointy black stilettos.

The Beckhams already have several strong partnerships in Asia. Andrew Keith, president of Joyce, bought Victoria Beckham’s very first collection eight years ago. Today Lane Crawford and Joyce (both part of The Lane Crawford Joyce Group) are the brand’s exclusive distributors for Hong Kong and Mainland China. Elsewhere, David Beckham entered into an alliance with Hong Kong-based Global Brands to develop his own fashion activities and other projects linked to celebrities.

For now, Victoria Beckham is focusing on getting to know her customer base in Asia. She said the region is her fastest-growing market, although the company declined to provide sales figures. According to the latest filing with Companies House in the U.K., in the year ended Dec. 31, 2014, Beckham’s company had overall revenues of 34.1 million pounds, or $56.3 million, with profits of 1.2 million pounds, or $1.98 million. The figures for 2015 are not yet available.

“It goes without saying that we will be closely observing the performance of this store at Landmark, using it as a springboard for potential opportunities across Greater China,” he said. “Victoria recognizes how self-aware Chinese women are when it comes to fashion. Every time she visits, she has taken time to meet with her clients and really get a sense of what they want.”

“For me, now is the time to enter into a conversation with my Asian customer,” Beckham said.

The 2,198-square-foot store here is the brand’s first stand-alone unit in Asia. Currently the brand has just one other brick-and-mortar store, its flagship on London’s Dover Street that opened in 2014. Farshid Moussavi, a Harvard professor whose past works include the Museum of Contemporary Art in Cleveland, Ohio, designed both stores.

“I think it feels like the sister to Dover Street, which is exactly what I wanted,” Victoria Beckham said.

The designer said it is too soon to talk about expansion plans for more stores, both in Asia and elsewhere. She said her team is looking at potential locations in a variety of cities.

“I am looking in New York. I am looking in Miami. I’d love to have a store in [Los Angeles],” she said, adding that Dubai might be another possibility.

“I will make the next move when the time is right,” Beckham said.

More immediately, she had a packed schedule for her Asia trip. On Friday night, she hosted cocktails and a private dinner at Duddell’s to commemorate her store opening. The following evening, she attended a Hong Kong fundraising gala for amfAR, The Foundation for AIDS Research. The association is honoring her for her work fighting the disease. On Sunday, she will make her first-ever trip to South Korea for a trunk show with mytheresa.com in Seoul. Beckham designed an exclusive collection of four dresses for the e-commerce player.

Beckham said she is eager to learn more about South Korea. Much to her surprise, Fuller told her the Spice Girls have influenced the styles of many young Korean women, she recalled.

“That feels like such a long time ago,” she said, laughing.

Beyond her own pop cultural legacy, the designer (along with the rest of the fashion industry) is pondering the future of the current runway show system and the controversial debate over whether brands should adopt a see-now-buy approach to releasing collections.

Beckham said she thinks fashion brands need to be more conscious about selling merchandise that is timely for consumers’ lives. It does not make sense to sell a winter coat in summer, she argued. But she said she is fine with the idea of showing clothes and then asking consumers to wait before they can buy them.

“I think we all want things we can’t have,” she said. “My kids want things all the time. They want it and they want it now. But you can’t, you gotta wait until your birthday.”