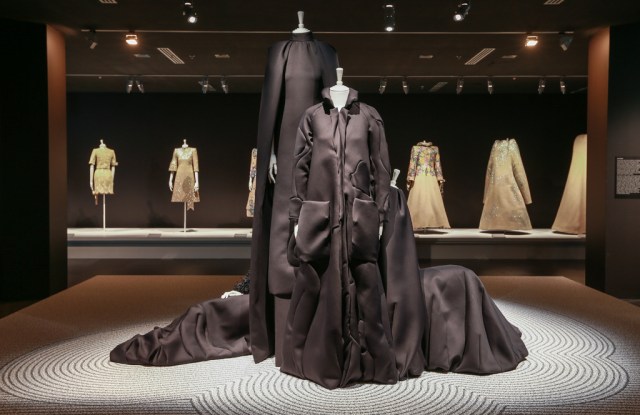 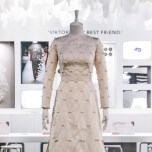 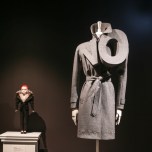 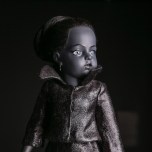 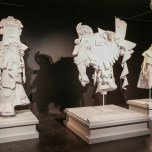 SYDNEY — Dutch design duo Viktor Horsting and Rolf Snoeren are in Melbourne for the world premiere of their latest exhibition, “Viktor & Rolf: Fashion Artists,” at the National Gallery of Victoria.

To run from Friday through Feb. 26, it’s their fourth solo exhibition but is considered by the show’s curator, Thierry-Maxime Loriot, to be the first thorough survey of the Amsterdam-based designers’ near 25-year collaboration.

New works include two large Belgian tapestries inspired by the duo’s press clippings and an installation called “Timepiece,” a statement on the contemporary fashion industry that features a Viktor & Rolf doll rotating, cuckoo clock-like, on and off a miniature runway.

Featured garments include a dress from the designers’ award-winning Hyères collection of 1993, Princess Mabel van Oranje-Nassau’s 2004 wedding dress and pieces from the fall 2005 ‘Bedtime Story’ and fall 2008 ‘No’ collections.

“We chose the pieces that are the most sculptural and the most exemplary of our approach to couture — they’re experimental, couture is like a laboratory” said Horsting, who hopes the exhibition will travel to the Northern Hemisphere.

Other designs on display include three pieces from fall 2007’s “The Fashion Show,” whose March 2007 Paris presentation saw the duo accused of misogyny after sending models teetering down the runway on high-heeled clogs whilst immobilized in freakish scaffolding rigs and blinded by spotlights.

“We try to push boundaries and this is an example where we went too far,” Horsting said. “Well, you live and learn.”

The show was conceived by Montreal-based Loriot and NGV director Tony Ellwood, shortly after the NGV staged Loriot’s “The Fashion World of Jean Paul Gaultier” show in 2014, which attracted more than 226,000 visitors, at the time a record for the gallery.

“It’s so easy to see their [Viktor & Rolf’s] work on Instagram and the Internet, but to see it in real [life], nobody has access to it,” Loriot said. “It’s the first time that it’s presented all together, all the work of 25 years almost, which is a big coup I would say for Australia.”