Consumers will be charged $20 to shop the vintage section exclusively. 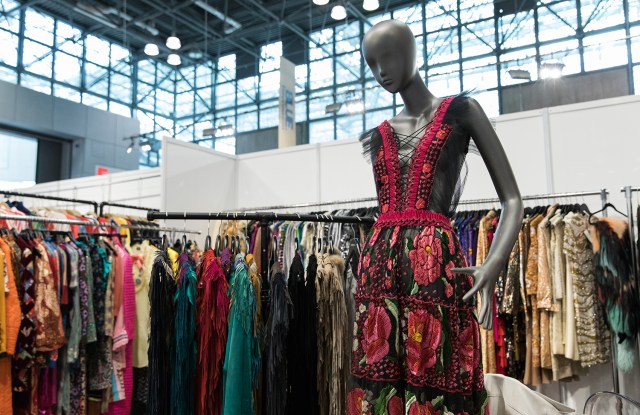 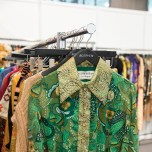 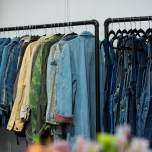 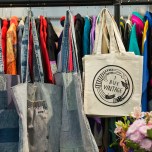 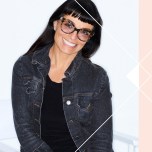 NEW YORK — Last year the buzz was all about fashion shows becoming consumer oriented. Now industry trade shows want in on the action.

Beginning next month, Intermezzo Collections will introduce its first-ever Vintage @Intermezzo consumer-facing fair within the show, which takes place Aug. 6 through Aug. 8 at the Javits Center here.

It will feature a selection of vintage dealers showcasing one-of-a-kind apparel and accessories collections. Consumers will be charged $20 to shop the vintage section exclusively and are being invited to wear their favorite vintage pieces to the show.

“We’re encouraging [retail] buyers to [dress in vintage] too. Vintage is very much a community. We want to engage that community. By encouraging people to come dressed, we’re curious to find out what their stories are. Vintage is all about a story, and who doesn’t love stories?” said Peter Berta, show director of Intermezzo.

He plans to offer Vintage @Intermezzo three times a year in January, May and August. “It’s the immediate show, and we speak to immediate needs at Intermezzo. This product exists and it doesn’t need to be produced so it lends itself into the business model of Intermezzo — the immediacy,” Berta said.

The exhibit’s selections will range from luxury vintage designers including Missoni and Versace, gowns and furs, to rare Victorian and Asian pieces by the likes of Issey Miyake, alongside accessible active and sportswear, denim, T-shirts and personal pieces from Norma Kamali’s archives. There will be 20 high-end vintage dealers overall, including dealers in fine jewelry.

Intermezzo Collections originally introduced its B2B Vintage @Intermezzo neighborhood at the New York Women’s show in May with returning curator and industry expert Bridgette Morphew of Morphew Concept. Based on its success, Intermezzo decided to open the show to the public.

“In May, it was literally the most talked about addition to Intermezzo and Accessories Circuit,” said Berta. “When you have very high-end stores saying this was a wonderful addition, obviously we were onto something. Expanding it into its own separate hall that has its own separate entrance to the Crystal Palace, we can drive the consumer attendees through the front entrance of that hall and they’re encapsulated there. However, I do have side aisles going into that hall from the wholesale show, where our badged attendees can enter from the side and shop the show also.”

Asked why the organizers decided to move in the consumer direction, Berta replied, “It’s a way to address the way the buying pattern and market are moving toward the direct-to-consumer element. We have to be mindful of our retailers too. This [vintage] was an opportunity to layer on another aspect of the industry that orbits in the background that we’ve never really touched on at UBM. It is a very valid piece of the pie when it comes to the fashion industry.”

Berta said there are no plans to invite consumers into other sections of the show, which cater to retail store buyers. He said the number-one request from store buyers is that they’re desperate for newness. “For many people, when you say vintage, people think of poodle skirts, but that’s not true. Most of what you saw on the red carpet at Cannes was vintage couture,” he said.

But he feels retailers may not know how to incorporate vintage into their assortment, or even how to get it. “We’re making those introductions. It’s also another opportunity for these retail buyers to meet a dealer who shares the vibe of their store and make arrangements for them to do a vintage pop-up in their store. It creates an event in their store and layers in another classification of merchandise that they probably wouldn’t carry in their store but their customers would be interested in.”

Berta said he wanted Kamali to be the spotlight designer, but going forward, they’ll reach out to other designers who rely on vintage to inspire them. “Many of them already exhibit on our floor,” he said.

Vintage @Intermezzo will be cash and carry or merchandise for immediate delivery. If a retail buyer wants to do an assortment of Japanese kimonos, for example, they can place that order, he said. He noted that the show decided on a $20 entry fee because all the other vintage shows charge an entry fee. “We’re just following suit with the rest of the industry,” he said.

Bridgette Morphew, founder and creative director of Morphew Concepts, observed, “To present and curate a vintage fair within a fair as significant as Intermezzo that is accessible not just to fashion insiders, but to fashion fans is the realization of a decade long dream of ours. We truly believe that if you can understand the past, you can predict the future trends and style movements.”

Kamali, who is participating in Vintage@Intermezzo for the second time, explained how she got involved in the trade show. “I thought I sold everything I had through the years. When I hit 50 I got rid of it all. I wanted a clean house, and to rethink myself in the future. When we were thinking we were going to be moving, we started cleaning out our files and storage houses, and there was a room we didn’t even know we had, and there were more vintage pieces,  racks and racks. They were mine and some pieces I’ve collected. It’s interesting, I look at it, and say, ‘OK, it’s pretty, but I’m not craving it,’ but it’s so fascinating to see everyone around me and their fascination for it.”

The 72-year-old Kamali said she looks at the past and says, “I did it, I’m not thinking that way anymore. I was a different person, I had different motivations and I love to see how excited everybody gets. I’d like for the clothes to find new homes or inspire designers and inspire anybody. It’s time for them to move on.”

She said Intermezzo came up with this idea of doing vintage, which she thinks is a good idea to add excitement to the show.”I think Peter is hot for making this a really fun, exciting event, and I think they’re so on top of the fact that they really want to spice up Intermezzo and make it not just wholesale, but wholesale/retail and make it an experiential environment.”

Kamali plans to bring 230 units. Asked what specifically she’s selling, she said, “Because I look at it in such a different way, I left it to the girls here to decide what they wanted to put in. I can’t look at it objectively. I just look at it and say, ‘Oh my God, those shoulder pads,’ or I can see how mixing it up with sweatpants can be great or sneakers, in a way you never would have worn it in the Seventies, Eighties or Nineties. Dialing it for today makes it so much better.”

She said she will be speaking at Intermezzo but doesn’t plan to wear vintage. “I probably won’t be wearing vintage. I am vintage, I think that’s enough of a representation,” she said.

As part of Intermezzo, Kamali, Iris Apfel and Stephanie Solomon, vice president and fashion director of Lord & Taylor will participate in a panel discussion moderated by Lauren Parker, editor in chief of Accessories magazine, on the benefits of vintage and how retailers can use it to set their stores apart. The “Value of Vintage” panel will take place Aug. 7 at 2 p.m. in the Crystal Palace.

Other highlights at Intermezzo will be a spring 2018 trend presentation on Aug. 6 at 2 p.m., with a focus on accessories and a Q&A with Rachel Shechtman, founder of Story, who will discuss her retail store, which is known for its ever-changing themes, products and point of view. “The Compelling Curation: The Art of Storytelling” will be held on Aug. 8 at 10 a.m. in the Crystal Palace.

Intermezzo isn’t the only fashion exhibition to move in the consumer direction. As reported, the Agenda trade show for the action sports and streetwear industries launched its first consumer-facing component, Agenda Festival, July 13 and 14 at the Long Beach Convention Center, and plans to do it again. Open to the public, it featured more than 500 pop-ups along with athlete meet-and-greets, skate contests, panel discussions and food trucks, as well as performances by Lil Dicky, Cam’ron, Ludacris, A$AP Rocky, Tyler the Creator, Nobunny, No Parents and others.

The company estimated that Agenda Festival would pull in anywhere between 8,000 and 10,000 attendees. In June, Aaron Levant, Agenda trade show founder, said, “There’s a dynamic shift going on in the world in general but specifically to talk about retail, wholesale and the way that brands interact with consumers directly, all these different changes are happening at an exponential rate.”