Despite the recession, designers dared to exploit the one unqualified positive the economy couldn’t crush — their own explosive creative talents. 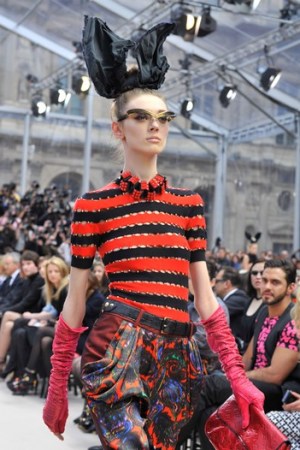 The adage nails it: When the going gets tough, the tough get going. As all markers of economic strength imploded and industry tensions rose, designers in the U.S. and Europe decided this was no time to play it safe. Rather, they dared to exploit the one unqualified positive the economy couldn’t crush — their own explosive creative talents — opting for major Fashion even on the heels of holiday 2008’s epic disaster at retail. The results were two of the best back-to-back collections seasons in recent memory, featuring fabulous clothes that proved real-world viability is no hindrance to high chic. And, more good news: Just as so many well-established designers soared, numerous newer entrants onto the scene continued to live up to, and surpass, their hype.