With a big show set for Shanghai, the Chinese-American designer shares her insights on the local market, and her personal journey.

SHANGHAI — Chinese American fashion designer Vivienne Tam has shifted her business focus from the U.S. to China, kicking off Shanghai Fashion Week on March 27, and opening a host of stores in the region.

“I have a special feeling for Shanghai,” said Tam, 61, who grew up in Hong Kong and moved to New York after her university graduation. She has been a fixture on the New York fashion scene for almost three decades, but that is rapidly changing.

Tam chose “Shero,” a combination of the words “she” and “hero,” as the theme for her fall 2019 collection. “Every woman is a Shero in their own way,” she said. “The collection reflects the unique qualities of women in the modern era. I want to present the idea of female empowerment and independence to the audience in China.”

She presented 48 looks, from casual blazers to heavily embroidered, sequin nightgowns decorated with Chinese motifs. The show took place in the former Shanghai Chamber of Commerce, adjacent to the Bulgari Hotel on the Bund.

Xia Ding, president of JD International Fashion and vice president of JD.com, said Tam’s collection “blends in lots of cultural elements and focuses heavily on craftsmanship.” She said her personal favorite was the evening gowns section and, in particular, a long red dress with leather details.

Tam presented her capsule with Crocs, accessorizing the classic model with punk studs and golden embellishments in traditional Chinese motifs on the runway.

Earlier this year, Tam also collaborated with the smartphone brand Honor, a subbrand of Huawei. It includes a range of tech accessories, such as a phone case, watchband and user interface, as well as T-shirts and handbags under the theme of the year of the pig, a symbol of fortune and prosperity in China. 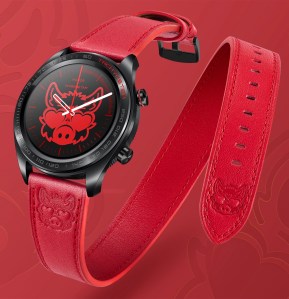 “All the great collaborations allow me to use different channels to express my design to a wider audience,” she said.

Ever since she sold the brand’s Chinese operations to the Shenzhen-based clothing company Ellassay in 2017 for 37 million renminbi, or $4.46 million, Tam has been dividing her time between China and New York, and her business has grown considerably.

Some 14 Vivienne Tam stores have opened in Beijing, Shanghai, Nanjing, Shenzhen, Chongqing, Xiamen, Xi’an, Shenyang, Changzhou and Dalian since the transaction. The brand also operates 16 stores in Japan via another partnership, six stores in Hong Kong and two stores each in the Philippines, Singapore and Thailand.

Having a strong voice on the global stage doesn’t mean that China can hear you, she said.

“It was really hard for me from the very beginning and it took me a couple of years to find a partner. I tried to do it for the first time 10 years ago. It’s a quite difficult and complicated market and you needed a local partner to operate. Also, we were maybe a bit early, but now it’s a better time and Ellassay is a good partner for me. They are very efficient and supportive, they understand me, my concept, my responsibility, my goal for what I’m doing with my design,” Tam said.

She has also learned a lot from the China partnership. “My concept [has] Chinese inspirations, so we’re picking different areas to do the research,” she said. “I also have different manufacturing resources and that gives me multiple choices to make things.” 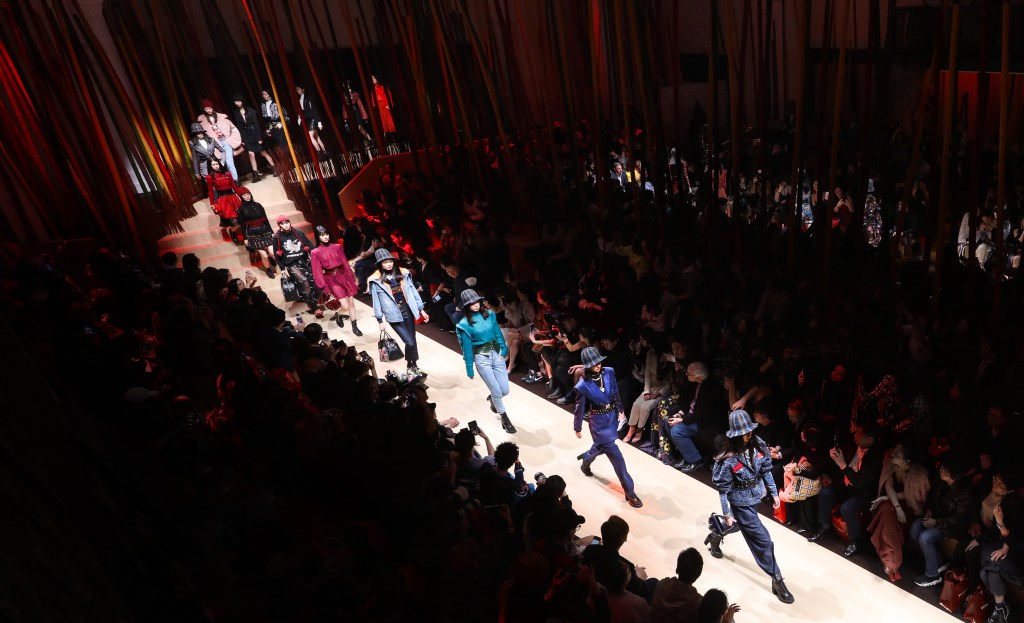 Although this is Tam’s third season with the new partnership, she said she is still learning from her clients. “My Chinese customers like brighter colors and more shiny things. So I add more things, such as sequins. I am glad to learn all this. They also like more expensive products and they enjoy the quality and the touch of objects of quality.”

Ellassay is a publicly traded apparel manufacturer and a key player in the contemporary price point sector in China. Founded by Guoxin Xia in 1996, it has grown into a fashion empire with a market capitalization of 6 billion renminbi, or $892 million.

The company operates its own brand Ellassay, with 309 stores across China and holds the China operating rights of Laurel, Ed Hardy, Iro, Jean Paul Knott and Vivienne Tam. It also owns the e-commerce and logistics solution company Buy Quickly, whose clients include Clarks, MCM, Pandora, Swatch, SMCP and Tissot.

Before coming to Shanghai, Tam was in Beijing cutting the ribbon for the newly opened Mandarin Oriental Hotel, for which she designed the bar area and staff’s uniform. She has been a fan and an ambassador of the hotel for a long time. She even designed the logo for the hotels in Guangzhou, where she was born.