On Thursday, Louis Vuitton took a different approach to partying in Hong Kong with an art opening on a grand scale.

By Constance Haisma-Kwok on May 22, 2009
View Slideshow 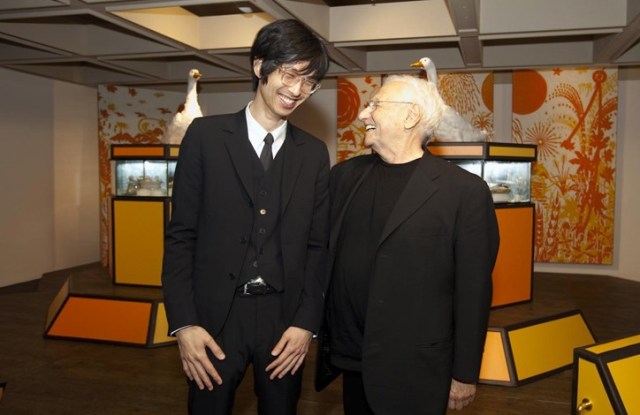 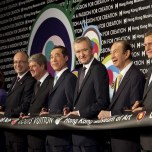 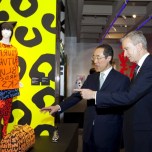 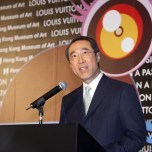 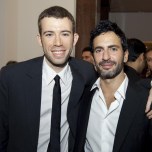 HONG KONG — A year ago Louis Vuitton celebrated its second Maison opening here with a celebrity–studded event that featured a live performance by Kanye West. On Thursday, the French luxury brand took a different approach to partying in Hong Kong with an art opening on a grand scale.

Bernard Arnault, chairman and chief executive of LVMH Moët Hennessy Louis Vuitton, welcomed some 700 guests to the Hong Kong Museum of Art, where the company has installed an exhibition of contemporary pieces called “Louis Vuitton: A Passion for Creation.” The show features works by artists with whom the brand has collaborated, as well as sketches and models of its new museum in Paris, and works by artists from Hong Kong and China.

“This exhibit is an example of the strong ties that Louis Vuitton has nurtured in Hong Kong,” said Arnault, noting the company opened its first store in the territory exactly 30 years ago.

Guests at the event included Frank Gehry, architect of the company’s under-construction museum, and his wife, Berta; local artist Adrian Wong; Raphaël le Masne de Chermont, executive chairman of Shanghai Tang; actor Russell Wong; the city’s Olympics organizer Timothy Fok; French Consul General Jean-Pierre Thébault; Antoine Arnault; Takashi Murakami, and Richard Prince, whose enlarged “After Dark” prints were used to “wrap” the entire museum. Gehry hit upon the theme of the night when he discussed the relationship between art and commerce: “Andy Warhol opened the door to a lot of what’s happening, and Murakami took it to the moon,” he said.

Artist duo Gilbert & George, whose 1986 work “Class War, Militant, Gateway” has a prominent spot in the show, were on their first-ever trip to Hong Kong. “We’ve fallen in love with this city; we adore it. People are very appreciative here,” said George Passmore.

Indeed, from tycoon Stanley Ho and real estate magnate Allan Zeman to fashion designer Flora Cheung Leen and Hong Kong’s Chief Secretary Henry Tang, it seemed all of the city came out to appreciate the art on display and to have Polaroid photos of themselves snapped by models in the neon-graffiti-decorated Stephen Sprouse room.

The exhibition, which is part of the city’s annual Le French May arts festival, runs until Aug. 9.