What to Watch: 55-Plus Chinese Brands on the Global Fashion Calendar

Shuting Qiu fall 2019 collection. She will be showing in Milan Fashion Week for the first time.

A whirlwind of Chinese brands is marching out of the country to showcase their latest fashion collections during the big four fashion weeks.

New York hosts the most Chinese brands, despite the ongoing trade war that has made more than 60 percent of Americans hold an unsavory view of China, according to the Financial Times. But it doesn’t matter to most of the designers, as their goal is to achieve domestic amplification, instead of entering the U.S. market.

Initiatives, such as Suntchi’s China Day, Tmall’s own China Cool and ICY Presents: Dynasty bring in a dozen of Chinese designer labels and big brands to the calendar of IMG’s NYFW: The Show.

Suntchi, a fashion, lifestyle and entertainment company that holds a five-year partnership agreement with the Council of Fashion Designers of America, is bringing sportswear giant Anta’s junior line Anta Kids, the LVMH Prize-shortlisted Xu Zhi from London and Lily, a Shanghai-based career apparel brand to New York for the fourth edition of China Day on Sept. 8.

China Day has become a gateway for Chinese brands to showcase in a global fashion setting. Chinese sportswear brand Li-Ning debuted a new image with China Day four seasons ago. The show might have drawn little attention from the international crowd, but it helped the brand achieve exponential growth in China, tripling its market value to 50.52 billion Hong Kong dollars, or $6.44 billion at current exchange. 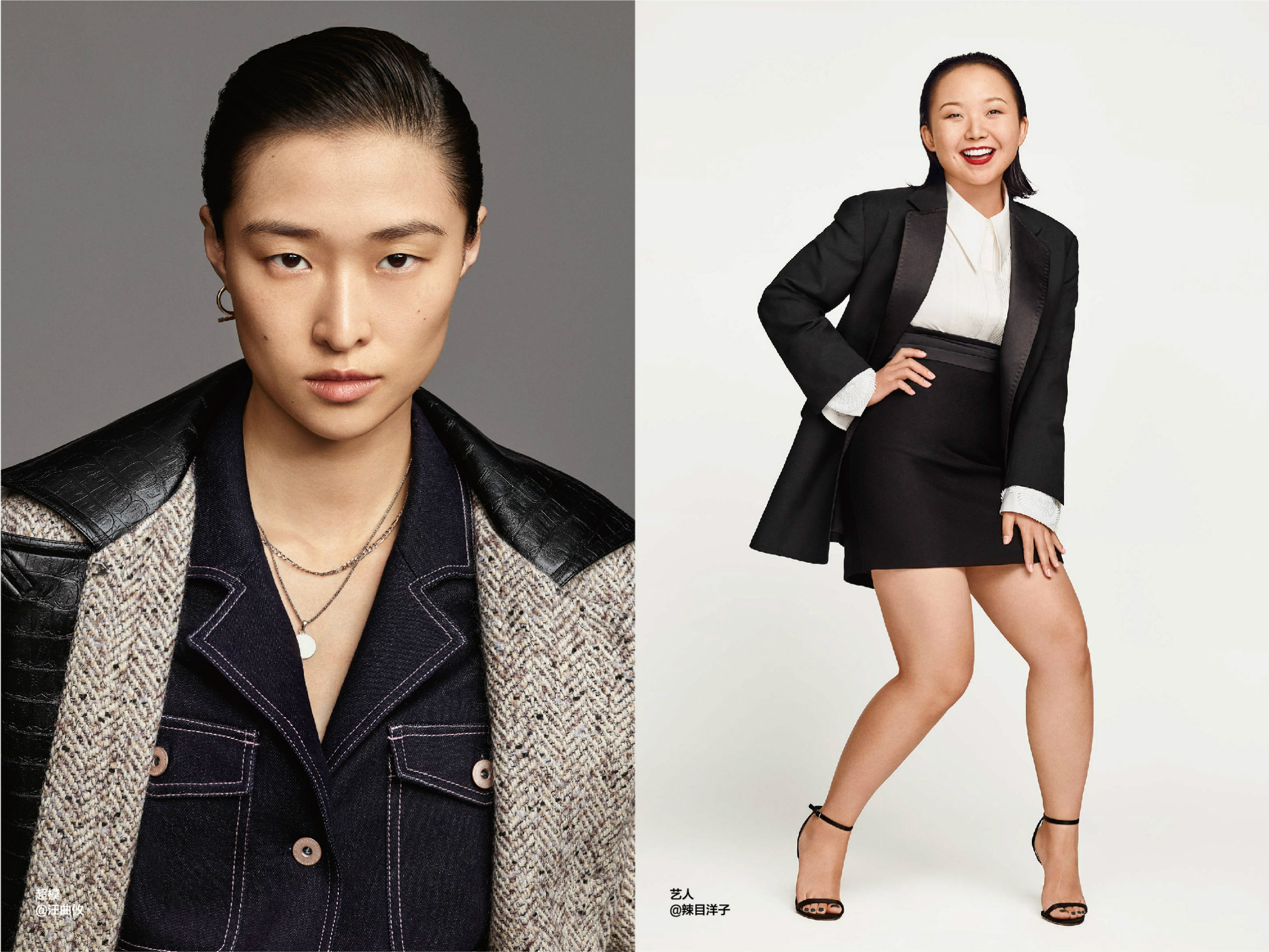 Fall 2019 campaign of Lily, a Shanghai-based female professional wear brand that is showing in New York as a part of the China Day initiatives.  Courtesy Photo

Jessica Liu, general manager of Tmall Fashion & Luxury, told WWD that “Chinese consumers are increasingly experimental and individualistic. They are driving this rising trend of China Cool, where designs are focused on emphasizing authenticity and heritage.”

Xuzhi Chen, designer of Xu Zhi, said, “I look forward to growing our business in the U.S., even though our business is very young and small. Hopefully showing with China Day will lead to opportunities for our U.S. market expansion under this economic climate.”

“The concept behind our Tmall China Cool pop-up exhibition is a celebration of the design and creative powerhouse that China is becoming today,” said Bo Liu, general manager of Tmall and Taobao marketing. ‘China Cool’ is a trend we are seeing that blends the cutting-edge of fashion and innovation with a respect for authenticity and heritage.”

ICY, the Chinese equivalent of Revolve that integrates global designers, influencers and an intelligent supply chain together and deals through the copyright sharing model, will be bringing designer brands Hiuman, Leaf Xia, Fengyi Tan and Eva Xu’s All Comes From Nothing as a part of its ICY Presents: Dynasty campaign. 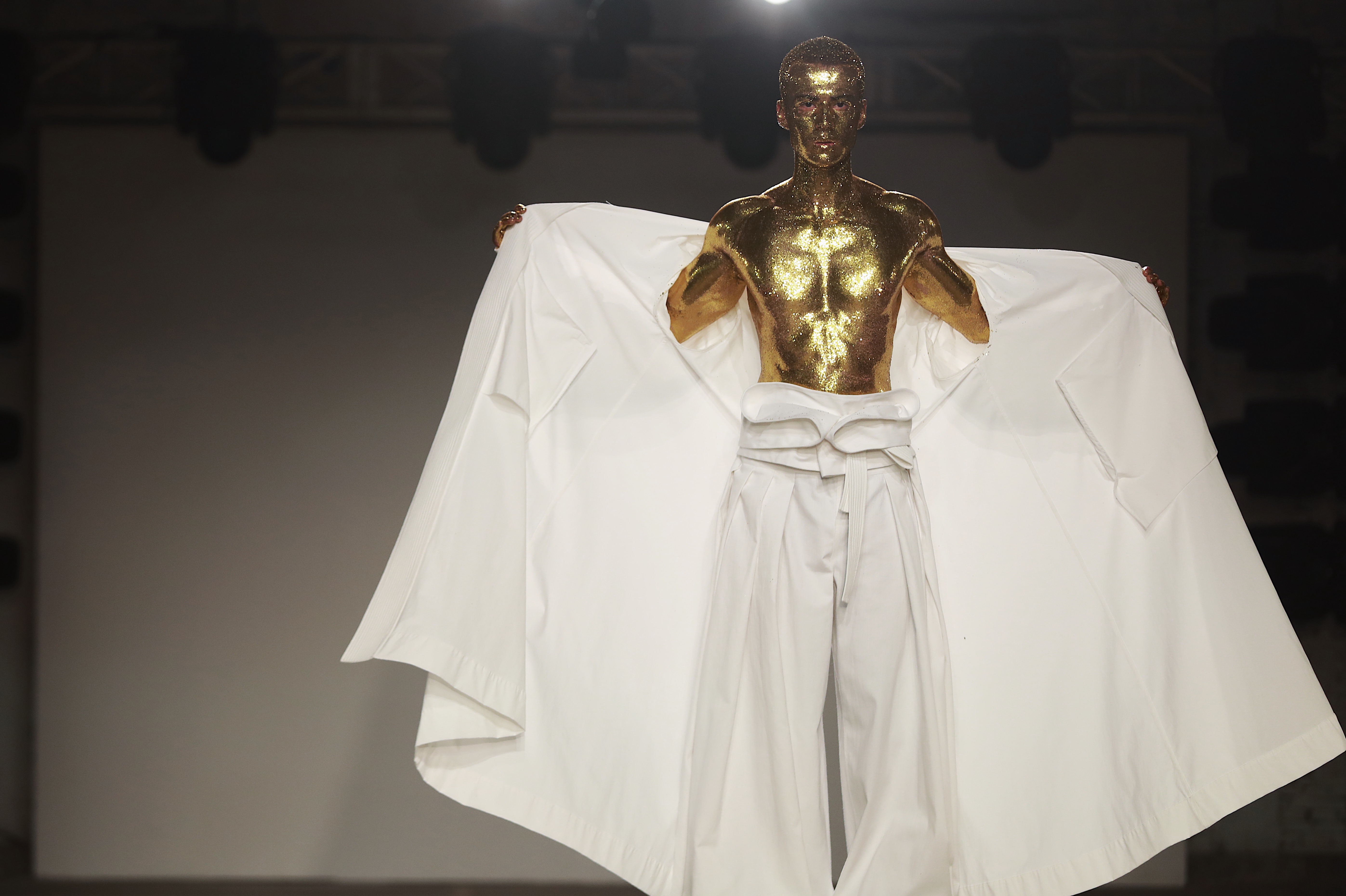 Hiuman’s fall 2017 finale. She will be showing with ICY in New York.  Courtesy Photo

Each designer will turn to a different historical Chinese dynasty for inspiration, choosing the period based on the epoch’s distinct artistic style. This stylistic decision was made to highlight traditional Asian culture with a modern update.

Backed by Fosun Investment Group, ICY see this event as an exercise before expanding into the global market. Yingying Gu, founder and chief executive officer of the company, said, “We will explore the American or European market after 2020 as this experience reminds us that we need to take some time to have insight into those markets before making strides into it.

“I find that New York Fashion Week is wonderfully diverse and welcoming toward emerging designers. We’re hoping to attract new designers through the showcase to partner with our platform as well,” Gu added.

In London, Chinese designers have less presence this September. Xu Zhi has shifted to New York to show, while emerging designers such as Xiao Li, Steven Tai and Ryan Lo have decided to take a break and focus on their businesses in China. Jamie Wei Huang, Huishan Zhang, Victor Wang and Underage continue to show in the British capital.

Lo said he has always wanted to explore the Asian market. “In particular, Shanghai has become an international spotlight recently, so it just felt right to do something unusual this season and work with one of the most promising Chinese photographers there on an exciting new campaign, along with two British brand collaborations which will be revealed at the end of September,” he said, adding that the brand will host private appointments later in October for re-sees in London. 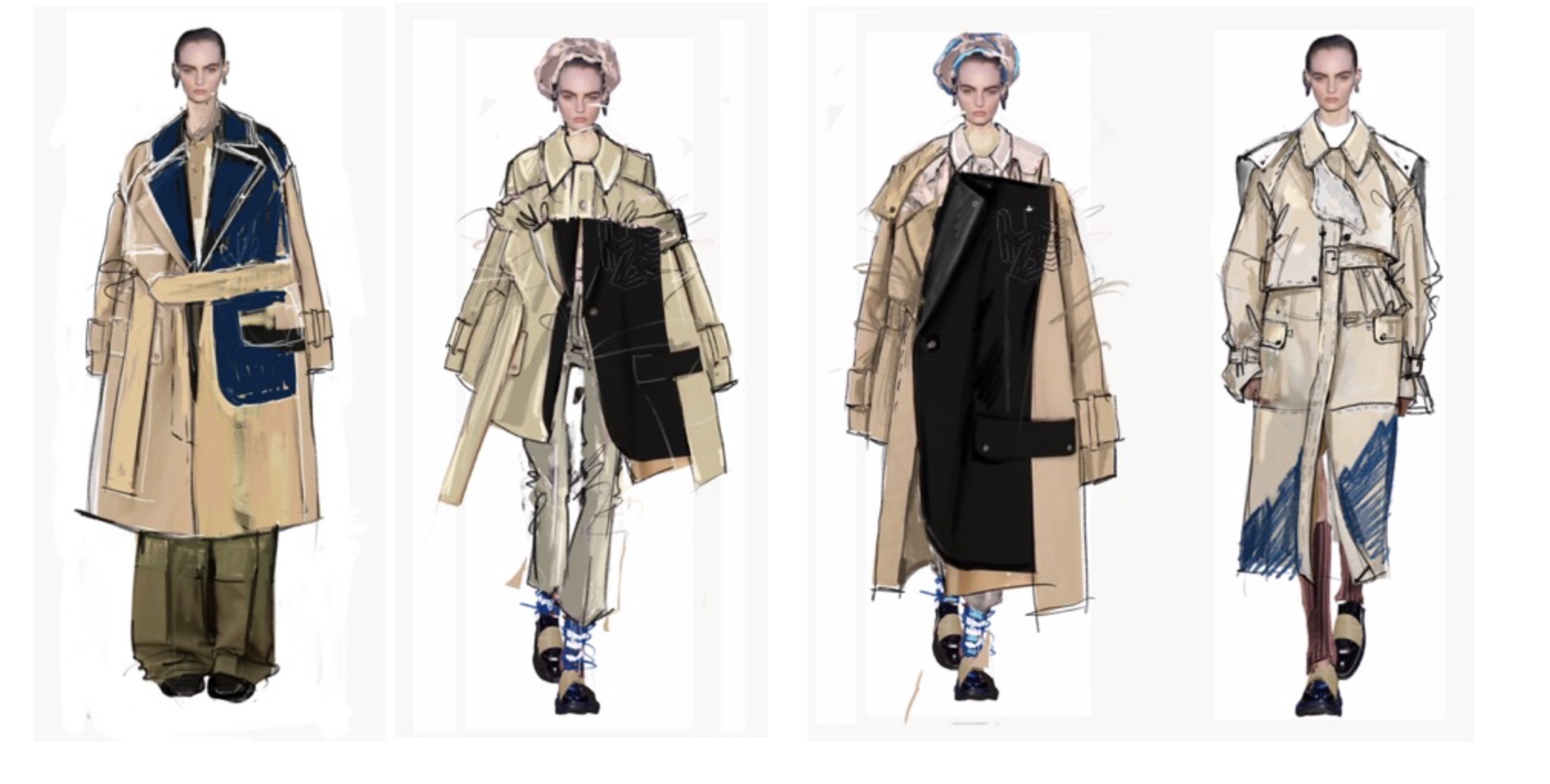 Newcomers this season include Caroline Hu and Hazzys curated by Haizhen Wang, presented by China’s e-commerce giant JD.com, as a part of the e-tailer’s three-year partnership with the British Fashion Council.

Founded in 2000 and owned by South Korea’s LF Fashion, the fashion arm of the conglomerate LG Group, Hazzys operates more than 400 stores across China. The brand hired Wang, a Fashion Fringe winner, to oversee the collection and presents an image that appeals to both East and West.

“The collection will be a juxtaposition of tradition and modernity. I want to depict a fluid cultural exchange for Hazzys, fusing nostalgic memories of the British countryside with tailoring and equestrian elements,” Wang said.

Hong Kong’s Design Renaissance Foundation will bring four brands — 112 Mountainyam, From Another Planets, Loom Loop and Yeung Chin — to London and show them in a group presentation.

While JD.com has London in its pocket, Tmall’s fashion expansion is reaching Milan and Paris, with help from Labelhood, a key fashion retailer and emerging talent support platform in Shanghai. They will present designer brands Shushu/Tong and Yirantian in Milan and mass-market brands Peacebird and Eifini in Paris.

Tasha Liu, founder of Labelhood, said this is a part of their strategy to help designers build a sustainable business by opening stores on Tmall and expand their reach on China’s biggest fashion retail platform. 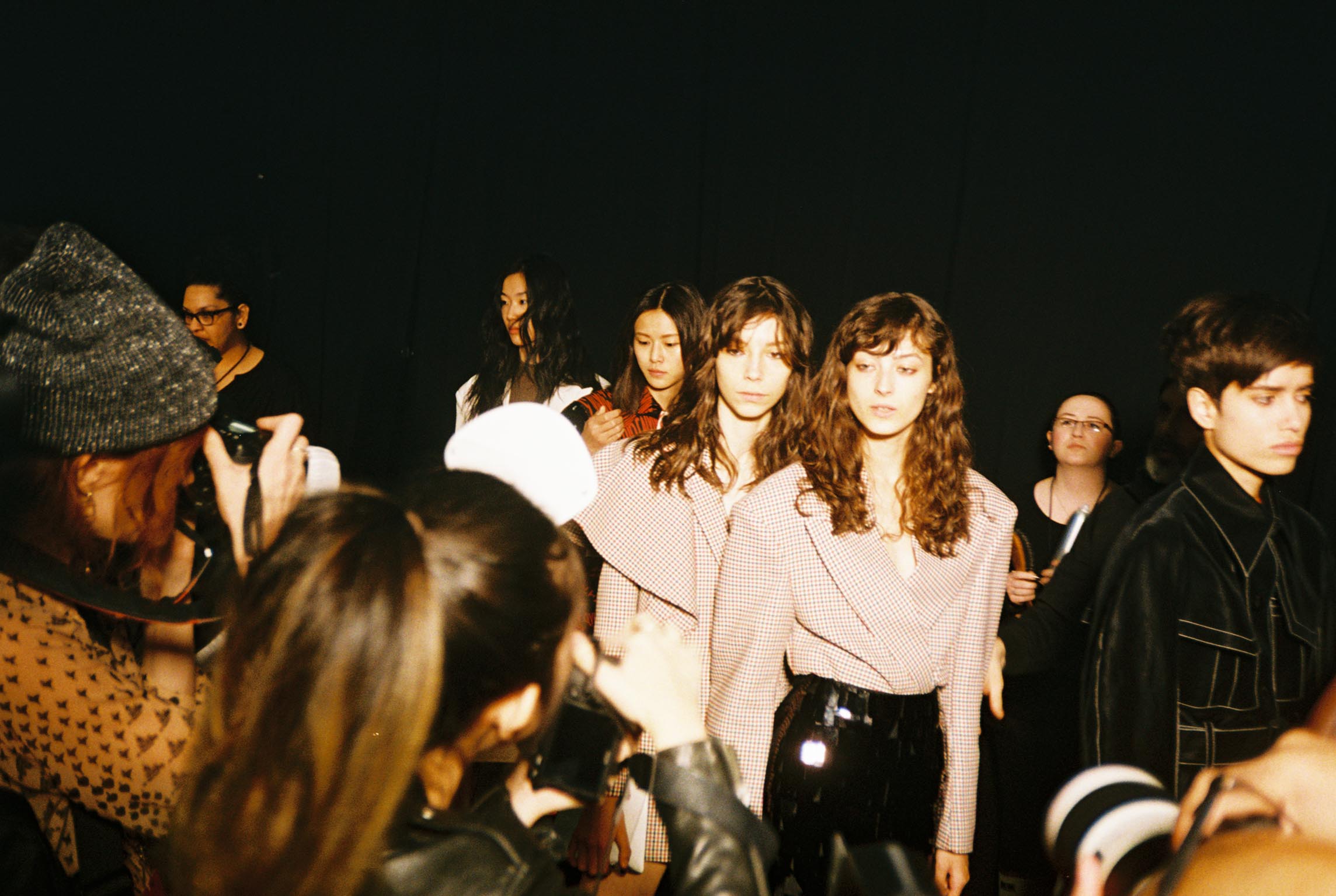 Calvin Luo Fall 2019 backstage. He will be showing his Spring 2020 collection in Paris for the first time.  Courtesy Photo

Shuting Qiu, Angel Chen, Annakiki and Ricostru will be also be showing in Milan. Rico Manchit Au, the designer behind Ricostru, said having been showing in Italy for three years, her business in China is growing fast but she is still working on her global expansion plan.

“Doing shows in Milan make our brand mature much faster, and our sales number doubled in Shanghai. Now I am planning to open a second store in China, but I haven’t made myself internationally available yet. I want to make sure when I do it, I do it the right way,” Au said.

Paris will host a record-breaking number of Chinese designer brands, including Dawei, Uma Wang, Yang Li, Anaïs Jourden, Masha Ma, Shiatzy Chen, Jarel Zhang and Calvin Luo, who is switching his usual spot from New York to Paris for the first time and who will present his new collection in a presentation format.

A spokesperson from the brand said, “Calvin Luo believes that spring 2020 is good timing to step forward into a bigger stage,” and “to show in Paris is always a plus to benefit the brand no matter [whether it’s] on the press side or the sales side.”