The CFDA Awards: Whatever Happened To…

A look as some of the award winners for rising talent and where they are now. 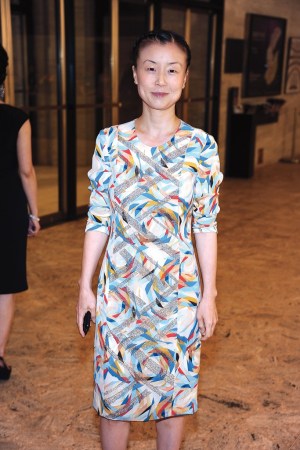 Since 1986, the Council of Fashion Designers of America has issued the Perry Ellis Award, now known as the Swarovski Award, to promising talent on the rise. Some have stayed at the top—like Marc Jacobs, who won the Perry Ellis Award in 1987, Isaac Mizrahi in 1988, Cynthia Rowley in 1994, and Proenza Schouler in 2003. In fact, many of the honorees of the last five years have fared well since taking home their prizes, but plenty others have either hit big bumps in the road, or fell off the fashion grid entirely. As Daryl Kerrigan, who won the award in 1996 said, “You know, a fashion career is one great marathon, which tests your endurance. When I won the young designer of the year in 1996, I was at the beginning of the race. That award was ‘Welcome to the club—here is your official ID number. Good luck. Next.'”

A look into the whereabouts of past Perry Ellis winners turned up empty on several accounts, including Gordon Henderson (1989), Robert Freda (men’s wear 1994) and Marie-Anne Oudejans for Tocca (1995). Here, an update on some of American fashion’s former up-and-comers.

2006
Swarovski’s Perry Ellis Award for Womenswear, Doo-Ri Chung: In June came the news that Chung would be exiting the company she launched in 2001, which is now owned by Tharanco Group. No word on her next move.

Swarovski’s Perry Ellis Award for Menswear, Jeff Halmos, Josia Lamberto-Egan, Sam Shipley and John Whitledge for Trovata: The foursome broke up soon after they collected their CFDA award, with Lamberto-Egan leaving in 2006 to move to Seattle. Shipley and Halmos left at the beginning of 2007 and now design the men’s wear collection Shipley & Halmos, launched in 2008. Whitledge still runs Trovata, now a men’s and women’s collection, out of Newport Beach, Calif.

Swarovski’s Perry Ellis Award for Accessory Design, Devi Kroell: Kroell severed ties with her namesake company in 2010. A year later, she launched Dax Gabler, which began as a contemporary brand but has evolved into a luxury accessories line. Kroell has plans to expand into new categories in 2013 and is launching her first ad campaign for fall 2012.

2005
Swarovski’s Perry Ellis Award for Accessory Design, Anthony Camargo and Nak Armstrong for Anthony Nak: Carmago and Armstrong split up in 2009. Camargo took time off in Thailand, before moving to Washington, D.C., in 2010 to open Anthony by Anthony Camargo, under which he designs jewelry for private clients. In 2011, Armstrong launched his own fine jewelry collection, which is now carried in Barneys New York.

Perry Ellis Award for Accessories, Edmundo Castillo: While working at Sergio Rossi and Santoni in Milan, Castillo closed his namesake label in 2004. He moved back to New York and relaunched in 2011. Via Spiga hired Castillo to revamp the brand beginning with the fall collection.

1998/1999
Perry Ellis Award for Womenswear, Josh Patner and Bryan Bradley for Tuleh: Patner left the line he cofounded with Bradley in 2003, briefly consulted for Ungaro in 2005 and has since mostly worked as a freelance writer with bylines at Slate and Glamour. Bradley continued designing Tuleh until 2010, when the collection ceased production due to financial issues. Bradley is currently spending time in the lake region of Wisconsin.

1997
Perry Ellis Award for Menswear, Sandy Dalal: Since being anointed by the CFDA, Dalal has been all over the map. In 2000, he was named men’s designer at Byblos. In 2002, he was hired to design the men’s collection for ICB. In 2004, he launched Chatav Ectabit, a luxury unisex collection of handmade pieces, with Cliff Fong. In 2010, he did a brief stint as creative director at Redley in Rio de Janeiro. Now he’s one of three partners in a digital start-up called Teleport, designed to help professionals network.

1996
Perry Ellis Award for Womenswear, Daryl Kerrigan for Daryl K: At this point in her 21-year career, Kerrigan said she’s “at the refreshment tent, where I am taking a much-needed breather, some time with my family and I am preparing for the next stage.” She knows the ups and downs of being a small designer as well as anyone, having entered an ill-fated deal with Pegasus Apparel Group in 1999 and subsequently closing Daryl K in 2001. She relaunched, got back on the fashion calendar in recent years, but this year closed her store on Bond Street in New York.

Perry Ellis Award for Menswear, Gene Meyer: Meyer closed his men’s wear business in 2001. Then Marshall Field’s enlisted him to design a men’s and women’s private label collection, which lasted until 2005. Since then, Meyer and his brother Doug have operated their own design studio specializing in home goods, such as rugs and furniture. They also produce women’s and men’s accessories, including wallets and ties.

1993
Perry Ellis Award for Womenswear, Richard Tyler: This was the first of three consecutive CFDA awards for Tyler, who received the emerging talent award at age 46 and took home the Womenswear Designer of the Year Award in 1994, followed by the Perry Ellis Award for Menswear in 1995. In the meantime, he was tapped by Anne Klein to revamp its signature collection in 1993, a partnership that ended abruptly a year later due to creative differences. Since then, Tyler retreated from the New York fashion scene and had been working out of his South Pasadena, Calif., studio, which was destroyed in a fire in June.

1994
Perry Ellis Award for Womenswear, Victor Alfaro and Cynthia Rowley (tie): Most recently, Alfaro has been designing a private label collection for The Bon-Ton Stores Inc.

1991
Perry Ellis Award, Todd Oldham: The Nineties fashion darling launched a full-service design studio in 2001 in New York with his long-time partner Tony Longoria. Among other things, Oldham publishes books and designs Durkin carpets. He launched the Kid Made Modern craft collection for Target earlier this year, and is doing product design for the 2013 Sundance Film Festival.

1990
Perry Ellis Award, Christian Francis Roth: After Roth closed his designer collection in 1995, he designed for Nordstrom’s private label as well as Anne Klein. In 2009, he launched his contemporary collection Francis by Christian Francis Roth, which is carried in roughly 60 boutiques. The collection is self-financed, although Roth said he’s looking for a majority investor. “We’re still small, but we’ve gone under the radar and perfected our fit and demographic,” he says. “We’re poised to get discovered.”

1986
Perry Ellis Award, David Cameron: “Baby Dave’s” debut collection in 1985 lit the fashion world on fire, but he burnt out in just five seasons. In 1988 he filed for Chapter 11, moved back to his home in California and started anew directing television commercials for L’Oréal and Revlon.