What’s Next for House of Gaultier?

Jean Paul Gaultier will show his last couture collection on Wednesday, spurring questions over the house’s next steps in couture.

By Miles Socha
with contributions from Fleur Burlet
on January 21, 2020

Jean Paul Gaultier’s couture show on Wednesday night will be his last, leaving a gap in Paris’ high-fashion week — and raising questions about creative succession and the future of fashion image-making.

The 67-year-old fashion maverick revealed on social media on Friday that he was hanging up his scissors — in the midst of Paris Fashion Week Men’s and on the eve of the couture shows.

“This show celebrating 50 years of my career will also be my last. But rest assured haute couture will continue with a new concept,” the designer tweeted.

He also posted a video depicting him gabbing on the phone in French about his swan song at the Théâtre du Châtelet. “It’s going to be quite a party with many of my friends, and we’re going to have fun until very, very late,” he says.

He added that despite no longer showing, “Gaultier Paris will go on.”

Gaultier and executives of the brand’s parent Puig declined to comment further on the way forward for the fashion house.

One source suggested the “enfant terrible” could invite a series of guest designers — an increasingly popular tactic that has been employed by brands such as Moncler and Tod’s — to interpret his couture legacy. 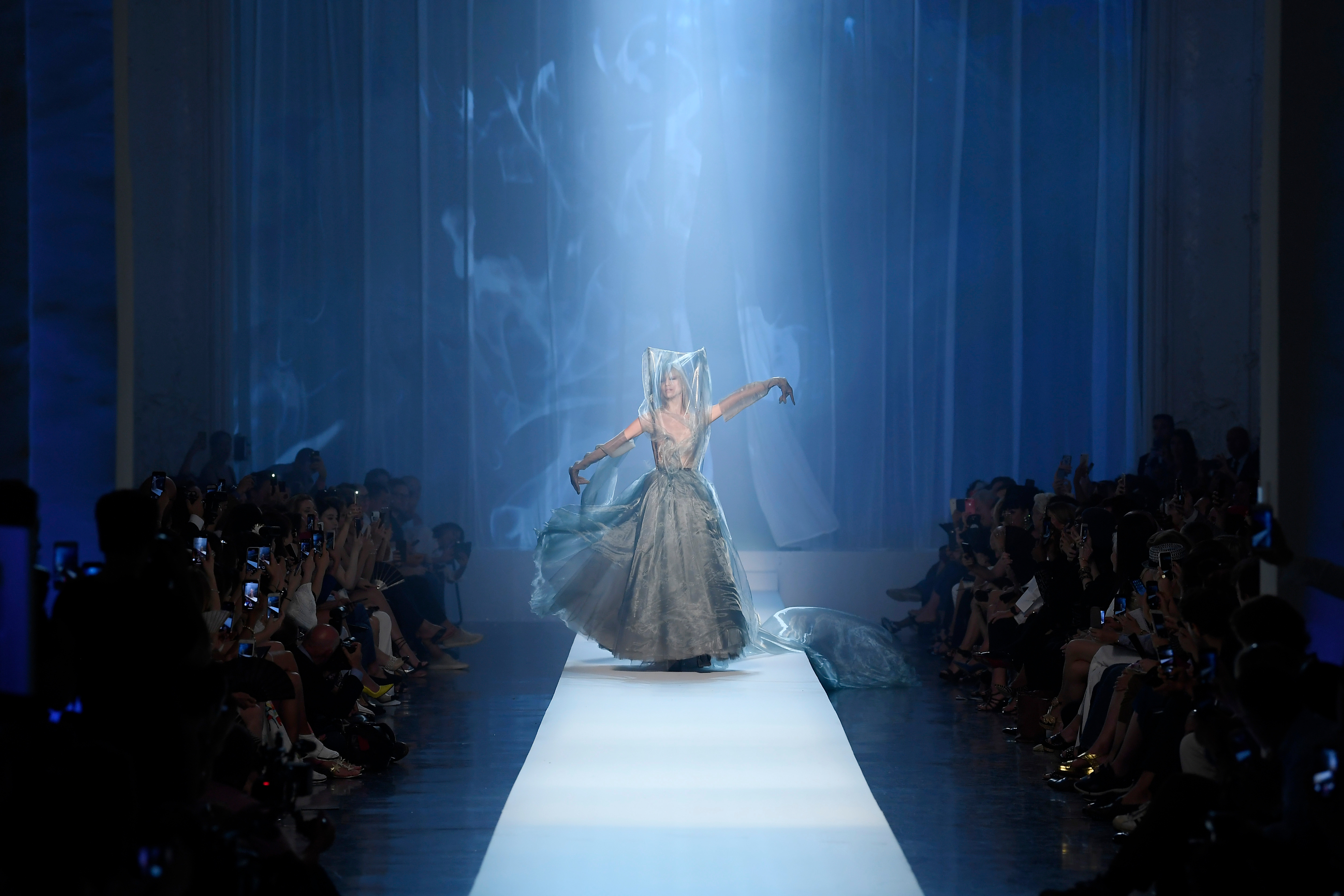 To be sure, the development seemed to put a dent in the supremacy of the fashion show, long the go-to communication vehicle for fashion designers and fragrance marketers.

In recent years, Gaultier has probably received more bang for his buck from his acclaimed fashion exhibition and, more recently, his cabaret work.

The former, titled “The Fashion World of Jean Paul Gaultier: From the Sidewalk to the Catwalk,” made its debut at Montreal’s Museum of Fine Art in 2011 and was seen subsequently by two million visitors in 12 cities worldwide.

The latter, “Fashion Freak Show,” made its debut at the Folies Bergère in Paris in October 2018 and will be on stage in the Russian cities of Moscow and Saint Petersburg in the coming weeks with the original French cast.

It is understood than an international version of the sometimes raunchy autobiographical revue will start touring in about a year’s time. 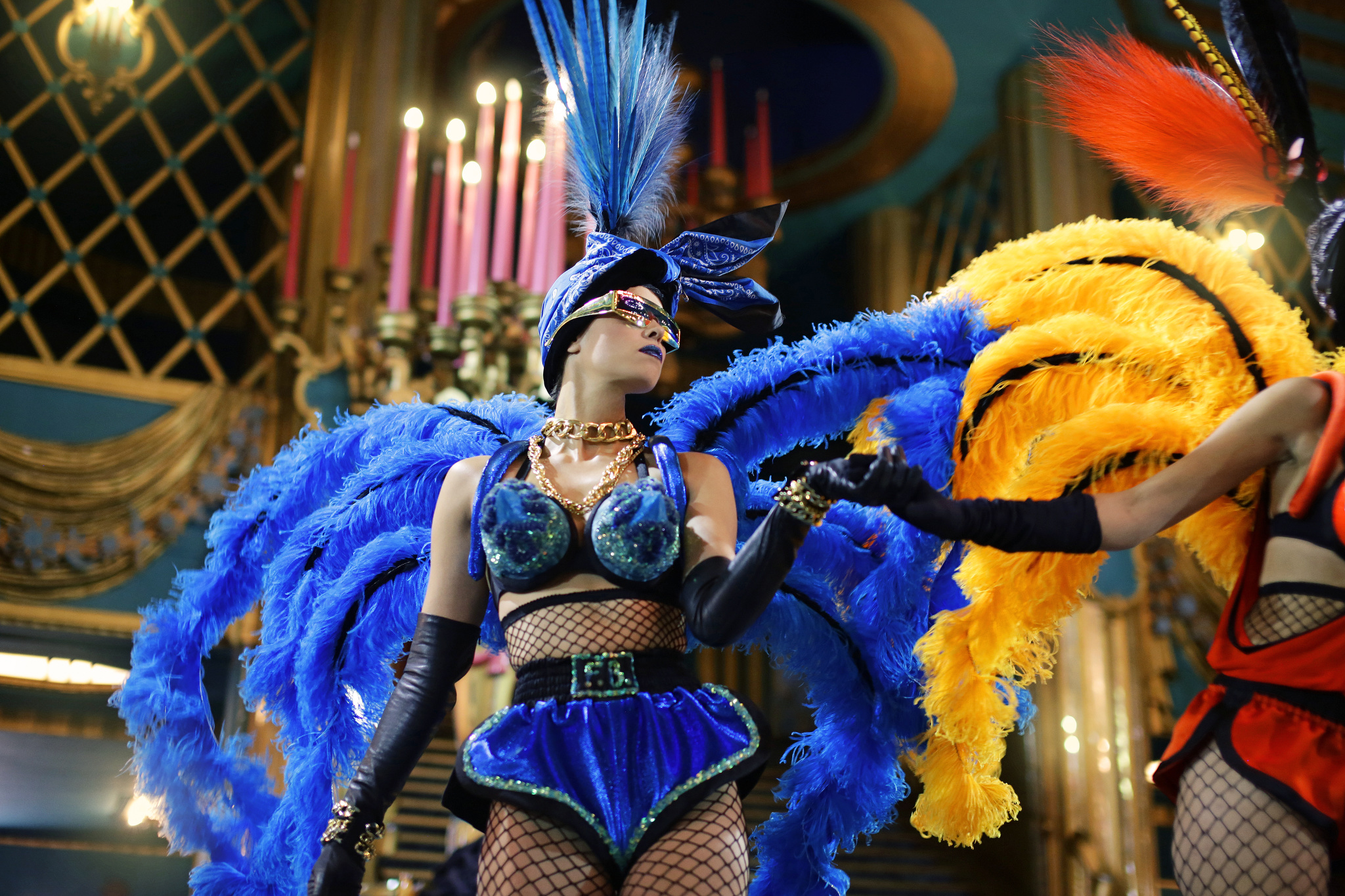 A dancer from the “Fashion Freak Show.”  Luke Austin/WWD

Gaultier also did costumes for “The One,” a recent Las Vegas-style production at Friedrichstadt-Palast in Berlin that was so popular it ran for two years.

The designer has widened his global notoriety in recent years via a series of collaborations with mass retailers or high-street fashion chains, including Target in the U.S. and Australia; Lindex in Sweden; OVS in Italy, and Seven and I for Japan.

He has been tapped by a range of brands for collaborations, notably Supreme in April 2019, and China’s Bosideng for down jackets. Meanwhile, he has continued to collaborate with music greats, dressing Madonna and Mylène Farmer on their recent tours.

One of France’s most iconic fashion figures, practically synonymous with sailor stripes and folkloric flourish, Gaultier started his company in 1976, and catapulted the French capital’s reputation for fashion in the Eighties alongside fellow fashion mavericks Claude Montana and Thierry Mugler. 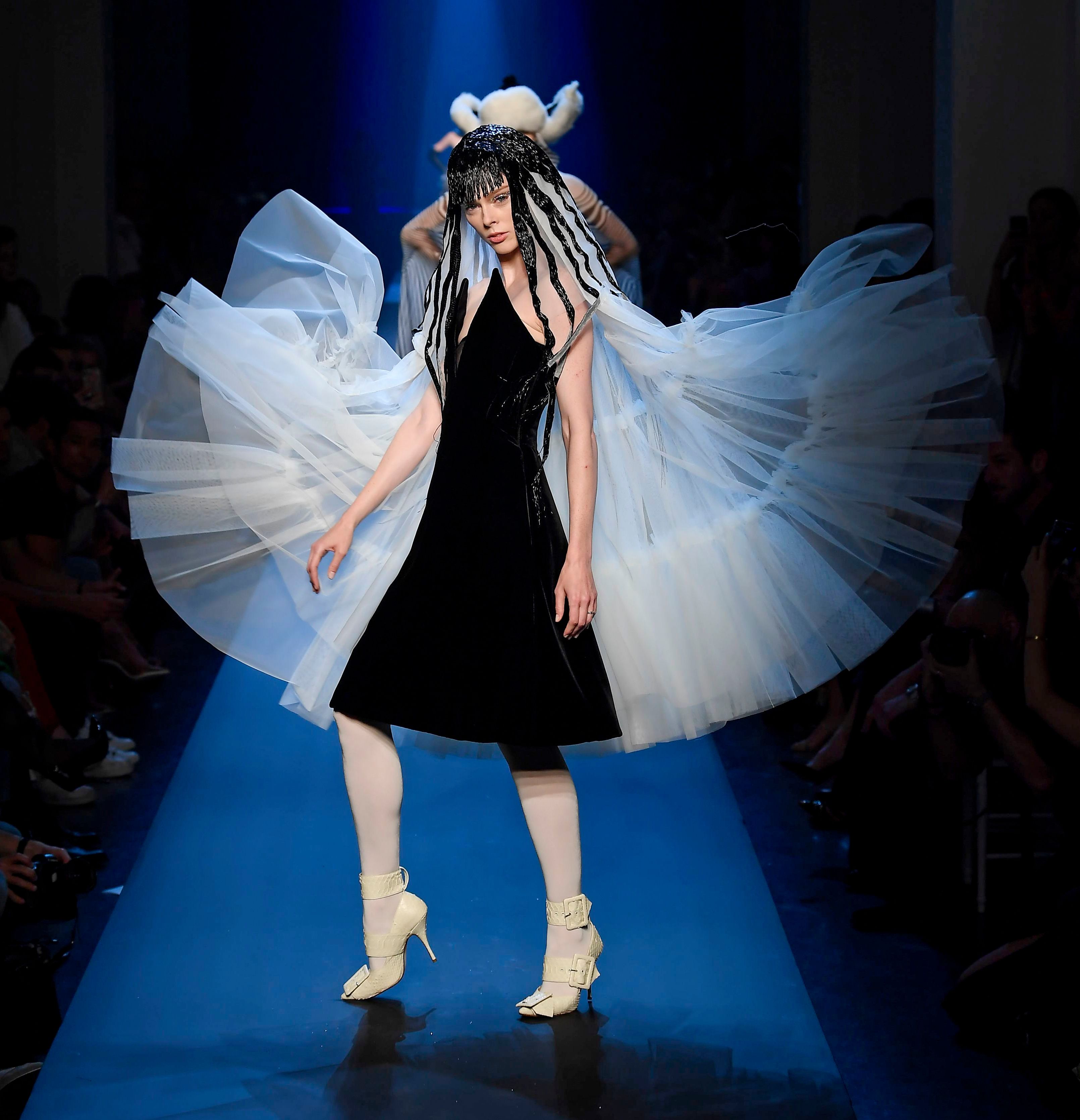 After sketching designs for his mother and grandmother as a teenager, including one of a coat he invented with rucksack closures, he dispatched his portfolio to Pierre Cardin, who engaged him as a design assistant for two years. Gaultier also worked for Jacques Esterel and Jean Patou before launching his signature ready-to-wear with a subversive streak and a streetwise edge.

He established his beauty business in 1991, and joined the couture calendar in 1997, including men on the runway from the get-go and later launching the first high-fashion man skirts.

In 2014, the designer already scaled back his business by stopping his rtw collections to focus on couture and beauty. 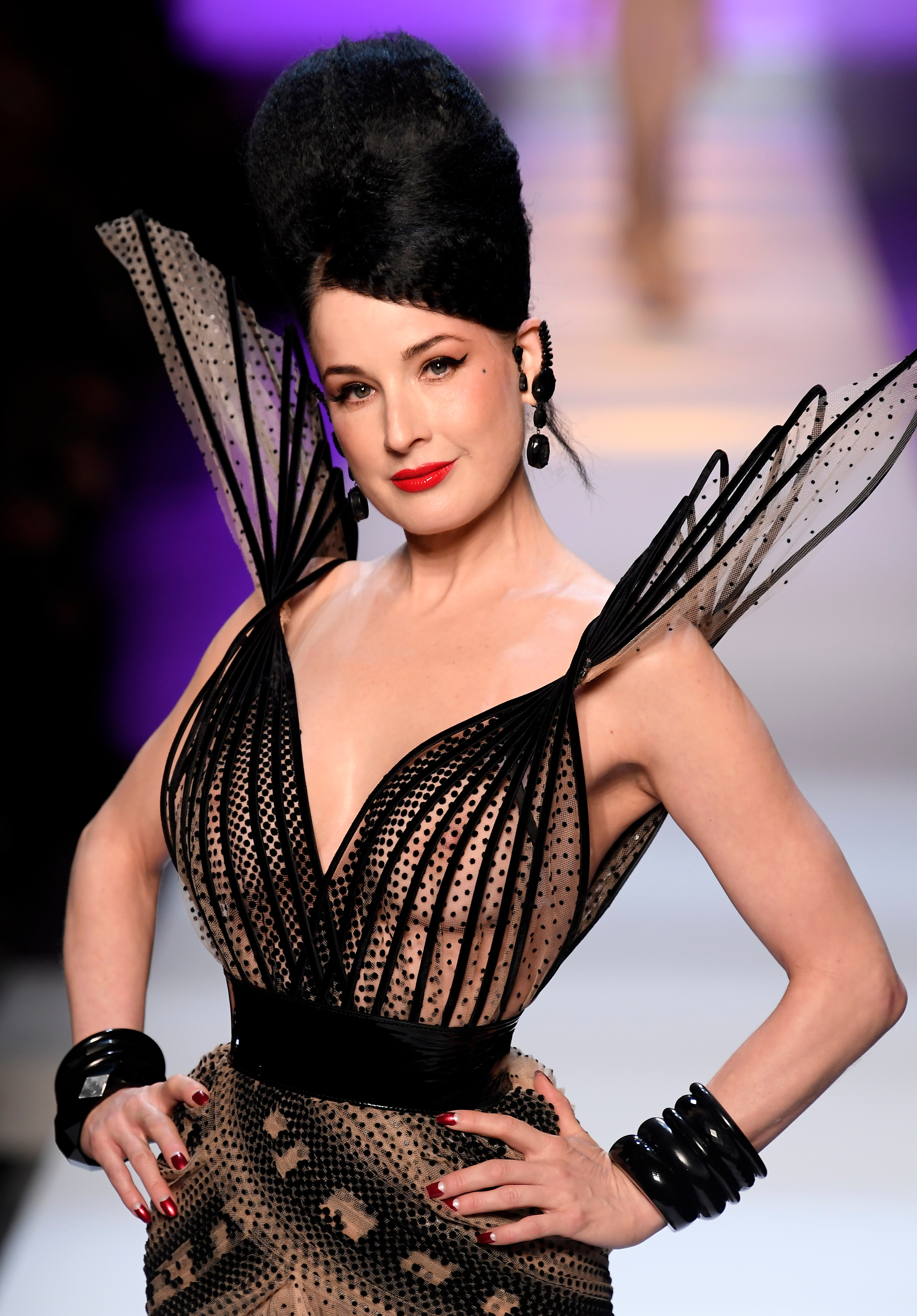 A typical show would swerve from pinstriped tailoring to showgirl-worthy extravaganzas, and clients would dutifully circle outfit numbers on the run-of-show listing the exits.

In an interview in 2014, the designer estimated the house counts about 80 regular clients — an impressive number, given that perhaps only a few hundred women in the world are devotees of the rare, costly and labor-intensive enterprise.

Like his fashions, Gaultier’s business model long went against popular convention, based heavily on licensing, even for core products like rtw and jeans.

But fragrances — headlined by the women’s Classiquescent and Le Mâle for men — remain the biggest and most successful part of the business.

Scandal is his newest women’s fragrance, introduced in 2017 and based on a Parisian woman. The fragrance bottle features a pair of flailing legs on the cap.