Some say yes, others haven't formulated their plans yet.

Will there be a return to live runway shows? Here, models on the catwalk at Marc Jacobs' spring/summer 2019 show in New York.

The Council of Fashion Designers of America said this week that it’s planning a mix of live and digital events for New York Fashion Week, which will run Sept. 8 through 12.

The big question is whether fashion designers are seriously considering hosting live fashion shows, and what that will entail, in terms of health and safety guidelines, room capacity and guest restrictions, socially distant seating, vaccine requirements and temperature checks, and protections for models, makeup artists’ and hairstylists’ safety. Then there’s the issue of whether international models can even enter the U.S. to walk the runways.

“With current signs of progress in the pace of vaccinations and the strategic, gradual reopening and tangible reawakening of New York City, we look forward to a strong fashion season that celebrates the best of American fashion in both physical and digital presentation format,” said Steven Kolb, chief executive officer of the CFDA.

WWD conducted a spot-check of designers asking them what their plans were for September, whether they have made up their minds or whether it was too soon to make a decision, considering how unpredictable the situation may be dependent on the COVID-19 vaccine rollout and whether the U.S. will have reached herd immunity.

While everything is still COVID-19 dependent on the final decision, Tom Ford,  who is chairman of the CFDA, at this time is planning for an in-person show during New York Fashion Week. The  brand’s show will adhere to CDC and government guidelines.

A spokeswoman for Tory Burch said the brand is also considering a live event during September’s fashion week. It’s all a work in progress with safety protocol top of mind.

Gabriela Hearst, as well, is planning a live show in New York at this time. Pyer Moss, Markarian and Jonathan Simkhai will each be holding live shows.

Ralph Lauren said it isn’t set to reveal its fall plans yet, while a spokesman for Marc Jacobs said he had nothing to share on Jacobs’ next collection presentation plans. Tommy Hilfiger is not going back on the calendar for New York Fashion Week.

”We are always looking ahead. We will announce our plans in the near future. We promise to be back soon with breakthrough, purpose and disruption,” said Tommy Hilfiger.

According to Vera Wang, “It’s too soon to say and it might need to be more of a game-time decision as we are going to have to monitor and follow health guidelines and prioritize the safety of our teams and the community.”

Mark Badgley and James Mischka, codesigners and founders of Badgley Mischka, like the idea of returning to a live show, but not until February. “Our feeling is that September is too soon but we would like to return to the runway in February in some way, shape or form,” they said via email.

Prabal Gurung is definitely planning to participate in New York Fashion Week, but hasn’t decided on the format. A spokeswoman for Veronica Beard said they haven’t confirmed the exact format, “but it will not be a live show.” A spokeswoman for Proenza Schouler said they haven’t confirmed their presentation method for their collection in September yet.

Companies such as Oscar de la Renta and Michael Kors said this week they haven’t formulated their plans yet for September’s show week that features the spring 2022 collections.

In fact, Kors is getting ready to virtually show his fall 2021 40th anniversary collection on April 20 at 9 a.m., which benefits the Actors Fund.

Several designers such as  Anna Sui, Alice + Olivia and Carolina Herrera were unreachable for comment on their September plans.

As reported last September, the CFDA’s Ford renamed the show schedule “American Collections Calendar” to reflect that a growing number of American designers are showing later in the season and sometimes outside of New York, whether that be in Europe, Asia or other key markets.

David Bonnouvrier, cofounder of DNA Models, brought up the fact that many models won’t be able to enter the U.S. to walk in a live runway show.

Last season, Jason Wu was among a handful of designers to stage a live fashion show and actually held live fashion shows in both September 2020 (at Spring Studios’ rooftop) and February 2021.

In February, Wu created Mr. Wu’s General Store at 666 Broadway in New York to showcase his fall 2021 contemporary fashion collection for a limited, socially distant audience. The store featured thousands of items and nearly 50 types of food, including fresh fruits and vegetables. The food for the set was provided by The Chefs’ Warehouse and after the show, Wu donated it all to City Harvest to help feed those in need. 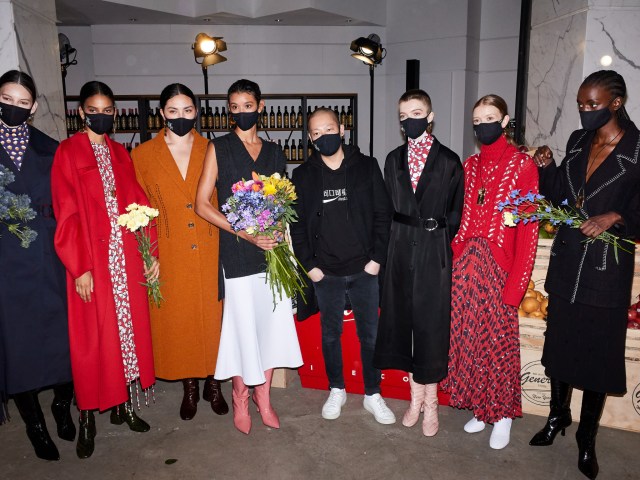 Asked whether he plans to go live again in September, a spokeswoman for Wu said they are planning something for September but the format hasn’t been decided yet.

When asked what her plans were for September, Rebecca Minkoff, who continued to stage live “buy now, wear now” shows during the pandemic, said, “Yes, 100 percent doing a live show.” 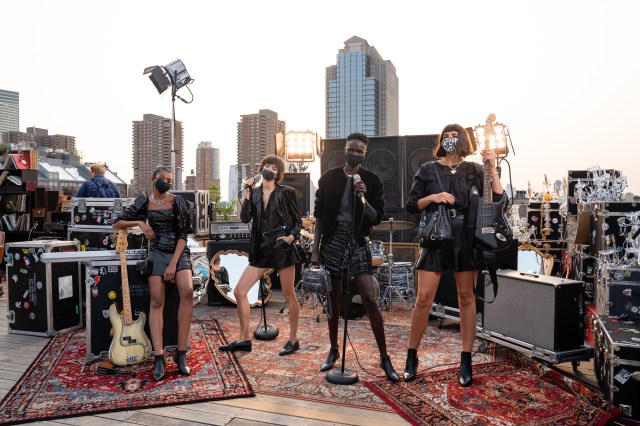 New York Fashion Week Fall 2021 Chaos: How Do We Get People Excited About Clothes Again?

Jason Wu to Live Out a Fantasy With Mr. Wu’s General Store