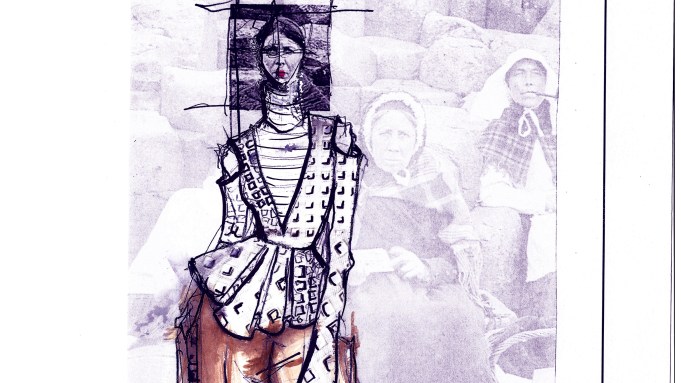 The collections will be evaluated by a team of judges including André Leon Talley, former editor at large at Vogue and an author, editor and consultant; Julie Gilhart, fashion consultant, and Thakoon Panichgul, chief creative officer of Thakoon.

The six finalists were chosen from more than 70 nominees.

“There is a strong association between wool and high-end women’s wear through the International Woolmark Prize, both now and in its first iteration in the Fifties. Some of the world’s greatest emerging design talent have demonstrated what an essential luxury fiber it is to the fashion world,” said Stuart McCullough, managing director of The Woolmark Co. “This year’s entrants show great diversity in their vision — which in turn shows the versatility of wool — and so like the men’s wear final, it is certain to be a tough decision.”

The winner of the women’s International Woolmark Prize will receive 100,000 Australian dollars, or about $72,000 at current exchange, to help support the development of their business and have ongoing mentor support. In addition, their capsule collection will be carried in Mytheresa.com, David Jones, Harvey Nichols, Boutique 1, Isetan Mitsukoshi, Saks, Verso and Boon the Shop in September.