Womenswear Designer of the Year Nominees

Donna Karan, Alexander Wang, and Marc Jacobs are all Womenswear Designer of the Year nominees. 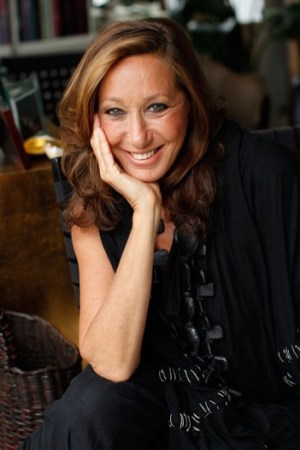 It’s been a banner year for Donna Karan. Celebrating her label’s 25th anniversary, she rang it in with back-to-back collections that announced that, a quarter of a century into it, Karan is at the top of her game. Between spring’s placid, soft-hued affair and fall’s chic “Forever Black” collection, Karan spanned the breadth of her range without ever straying from her charter tenet: Address the needs of the modern, urban woman. The idea that originated in 1984 with those Seven Easy Pieces has remained Karan’s constant design mantra, affording her a lasting career, a successful secondary collection in DKNY, ownership by the biggest luxury conglomerate in the world and, perhaps best of all, an inspirational second home in Parrot Cay.

Along the way, her state of mind has expanded to include more philosophical ventures, such as yoga, humanitarianism and the pursuit of Zen in general. And if effortless dressing is a pet cause, so is enlightening customers through her Urban Zen initiative and the industry through her constant campaign for the same-season deliveries that would exist in an ideal world.

The past year has been very good to Alexander Wang. Most notable, of course, is his 2009 CFDA win for emerging women’s wear designer; this time, he’s nominated for both Womenswear Designer of the Year as well as the Swarovski Award for accessories. But he also racked up the Swiss Textiles Award last November — and the $150,000 that goes with it — while pushing a series of launches into eyewear (with Linda Farrow), men’s wear, e-commerce and advertising with his first ad campaign, which launched on the streets of downtown Manhattan this year. In March, the designer also revamped his T label into a full lifestyle collection.

Wang has been going full tilt on the runway, too. The last two collections flaunted a new side of the 26-year-old: more polished, structured and streamlined than ever. “I wanted to expand my language,” Wang explained before spring’s American sportswear extravaganza. “After you’ve seen your designs trickle down, you feel like it’s time to move on. You don’t want to get stuck in a corner.” For fall, Wang, again working with stylist Karl Templer, sent out another high-voltage presentation — this time working a Gothromantic- meets-men’s wear vibe. Throughout, the designer continued to deliver accessories — the category counts for one-third of his business. Case in point: During a trunk show last October, Barneys New York sold out of his spring handbags in one day on preorders alone.

The CFDA ballot is familiar territory for Marc Jacobs, a perennial nominee who last year went home with the International Award for his work at Louis Vuitton after four years of empty-handedness. Since then, he once again delivered two spellbinding collections that garnered dual nominations for women’s wear and accessories design, all the while keeping the Louis Vuitton and Marc by Marc Jacobs machinery moving at a breakneck pace.

From a stylistic standpoint, Jacobs’ spring and fall lineups could not have been more opposite: the former, a fantastical mash-up of military-meets-Pierrot-meets–geisha girls that marched out rather rebelliously on flats (“Not a single high-heel,” Jacobs said at the time); the latter, a quiet beauty anchored in conservative camels and grays, sturdy coats and cashmere knits that were anything but mundane. Accessories, too, spanned the spectrum between spring’s bohemian bounty of fringed and tasseled bags, fanny packs and scrunchies and fall’s ultraluxe quirky classics.

Yet, as polarized as they were, both collections were pure Jacobs, delivered with the signature tailored style, the slight Seventies bent, the constant surprise on and off the runway (deliberate exclusion of celebrities, the most recent example) that make his show the hottest ticket in town — with or without awards.