Upcoming exhibition “A Queen Within: Adorned Archetypes, Fashion and Chess” will feature garments that explore notions associated with the game. 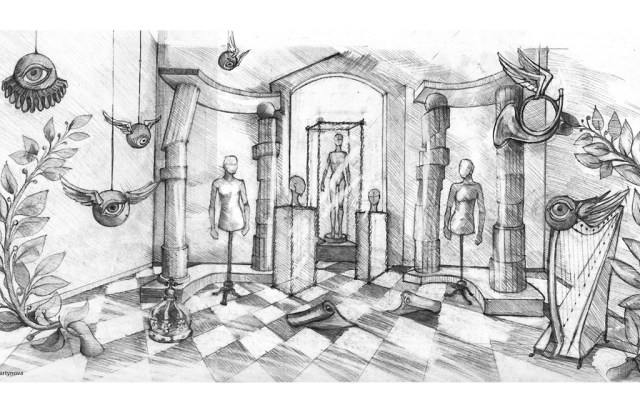 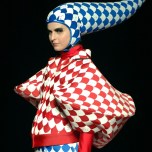 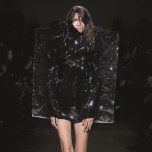 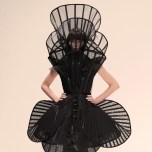 From the checkerboard floor at Alexander McQueen’s spring 2005 collection to Marc Jacobs’ spring Louis Vuitton lineup, which could practically double as a board to play on, the game of chess has played a recurring role in fashion.

From Oct. 19 through April 18, 2014, the World Chess Hall of Fame in St. Louis is drawing a direct relation between the two with “A Queen Within: Adorned Archetypes, Fashion and Chess,” an exhibition of garments that explore notions associated with the game. Don’t expect checkerboard mania, though: The exhibition will explore the theme more subtly via variations on the Queen theme.

“It’s very much about the use of archetypes from a chess perspective,” noted curator Sofia Hedman, who had helped catalogue “Alexander McQueen: Savage Beauty” at the The Metropolitan Museum of Art in 2011. “Each [chess] piece can be seen as having different personalities, and the exhibition investigates these archetypes of the queen.”

The nine different themes in the exhibition — based on the number of queens who can technically be on the board at once during a game if all nine pawns are elevated to queens — are reflective of Carl Jung’s theory of archetypes. They are Mother Figure, Heroine, Magician, Sage, Enchantress, Explorer, Ruler, Mother Earth and Orphan.

To gather pieces that correspond to the themes, Hedman considered a wide range of designers who have, at some point in their careers, directly or more loosely embodied the theme with their designs, including Gucci, Maison Martin Margiela, Gianfranco Ferré and Pam Hogg. Among the pieces on show in St. Louis will be McQueen’s Annabel Lee poem coat with prose by Edgar Allen Poe; Hussein Chalayan’s 2007 bubble dress, and the snake dress from Iris van Herpen.

“A Queen Within” will be previewed next Tuesday at Christie’s, which plans to auction off select pieces from the show after it closes next year.

“Everyone has some relationship with chess, whether you are a player or not a player,” said Hedman, who doesn’t actually consider herself a chess pro. “I played a little bit,” she said. “I am not very good.”