The designer and his team took a trip to see “Calder and Abstraction: From Avant-Garde to Iconic” at LACMA. 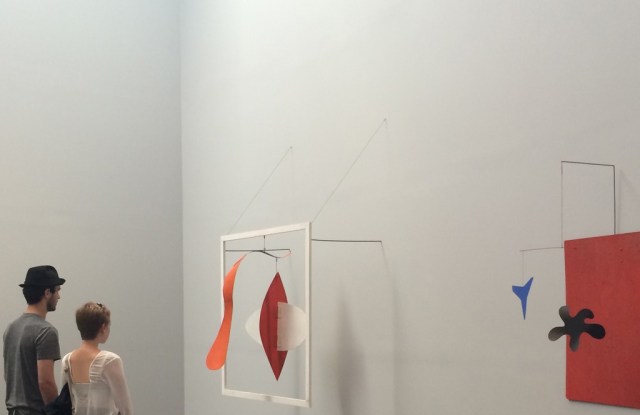 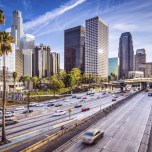 Recently, my design team and I took a trip to Los Angeles to see “Calder and Abstraction: From Avant-Garde to Iconic” at the Los Angeles County Museum of Art, the first exhibition in the city devoted solely to sculptor Alexander Calder, a constant source of inspiration in our jewelry studio. To observe the depth of his work in one space was fascinating, starting with miniature, kinetic models (not unlike jewelry) and moving up in grand scale to what his friend Marcel Duchamp coined “mobiles,” or to the monumental, stationary structures he called “stabiles.”

We learned that he had an early affinity towards math and became an American student of mechanical engineering, eventually moving to Paris, becoming friends with Joan Miró and being “shocked” and ultimately inspired by Piet Mondrian’s use of color. He painted, printed and made toys of wood, continually calculating and inventing in a constant study of balance, shape, suspension and motion. Rarely using solder to connect pieces of metal, he instead twisted wire into loops to create impossible balance.

As we walked out of the show feeling inspired and humbled, we all looked up to read one of Mr. Calder’s famous quotes, “Just as one can compose colors, or forms, so one can compose motions.”