Yohji Yamamoto as Himself

The designer candidly discusses his life and his work in a new 30-minute documentary.

By Rosemary Feitelberg on May 18, 2011
View Slideshow 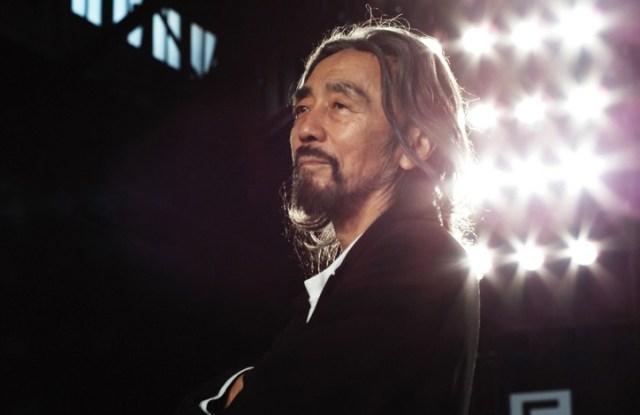 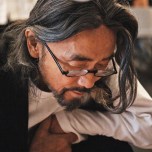 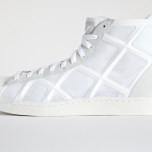 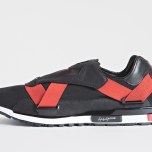 As a buildup to his 10-year anniversary with Adidas, Yohji Yamamoto has stripped down the way he works in a new documentary.

Compelling as it is to see how closely the designer examines the drape of his designs and how he crouches on the floor to review rows of models’ head shots, the film’s most poignant moments happen when Yamamoto simply stands in front of the camera, speaking about his life and ideology. The opening scene makes clear that the movie will delve deeper than branding. “I’m an epicurean. I’m an anarchist. I hate power,” said Yamamoto.

Produced by Harbor Film Co., “Yohji Yamamoto: This Is My Dream” tracks the designer from Tokyo to Manhattan in the monthlong lead-up to a Y-3 runway show during New York Fashion Week. Although the 30-minute documentary is a brand building tool, Yamamoto’s commitment to the design process is unquestionable, and he is surprisingly candid at times about all sorts of topics, especially about himself. The son of a war widow, who grew up in Tokyo after the bombs, Yamamoto lays bare his predilection for conflict, darkness — beyond his fondness for the color black — and how, at the age of five or six, he realized that life would be very hard. There is also mention of how school-age hopes of being a painter were shelved for law school to please his mother. She was later “so mad” when, nearing graduation, he asked her about working in her dress shop. But she told him to first learn how to cut clothes so that the other craftspeople would accept him, which of course he did with abandon.

Yamamoto owns up to being his own worst critic. “I have my own judge in me. He is always judging me,” and the verdict is, “You’re guilty.”

The candor is heavy at times, but a more playful spirit surfaces when he is seen strumming a guitar and singing off-key about waking up in New York City. Athletic-minded as Adidas is, the company did not stop Yamamoto from being shown smoking throughout the film.

Yamamoto seems to be more open to self reflection. His autobiography, “My Dear Bomb,” which is already out in Europe, will be distributed in the U.S. next month by D.A.P. His documentary is making the rounds at film festivals, and it will be shown at Adidas-organized screenings, including two in New York tonight at the Tribeca Grand Hotel.

Popular as the Y-3 collection is in the U.S., Europe and Asia, Adidas prefers to maintain it as a niche brand, positioned between high fashion and sportswear. Dirk Schoenberger, creative director of Adidas’ Sport Style division, said, “Even after 10 years of collaboration, Y-3 is still the only brand in that category, so we have to grow it wisely. Being too aggressive with retail development might be harmful to the image of the brand. We recently opened our first flagship in London and are looking into further locations in Europe as well as the U.S.”

With plans to introduce Y-3 eyewear and hopefully fragrance down the road, Adidas has extended Yamamoto’s contract from 2013 to 2015.

During an interview in New York earlier this month, Adidas senior vice president Rolf Reinschmidt reinforced how the company prizes its association with Yamamoto. Raising a hand high, he said, “Yohji is up here. We want to keep him there.”