The designer had joined the Space Age label in February 2018.

The creative director, who took over the French fashion house in February 2018, is stepping down from her role, according to a company statement.

The decision was mutual, the statement said, with Zobel to focus on “other creative projects.” Neither Courrèges nor the designer was available for further comment.

Zobel’s last collection for the house, corresponding to fall 2020, will be presented at the end of January and will be distributed to selected points of sale.

Relatively unknown before joining Courrèges, Zobel — who grew up in Germany — has for two decades been developing fashion collections for various brands, including Jil Sander, Acne Studios and Chloé, where she served as senior designer under Paulo Melim Andersson between 2006 and 2008.

Upon joining Courrèges, the designer, intent on upping the brand’s sustainability credentials, pledged she would discontinue its production of textured vinyl. The material had become synonymous with the Space Age label, which was founded by André and Coqueline Courrèges in 1961.

Instead, the creative director chose to focus on giving a second life to the brand’s extensive archive of existing plastic garments, as well as working with more natural fabrics such as pure cotton or, for spring 2020, algae-based vinyl. Her first collection for Courrèges, titled “The Future Is Behind You,” was presented in September 2018. 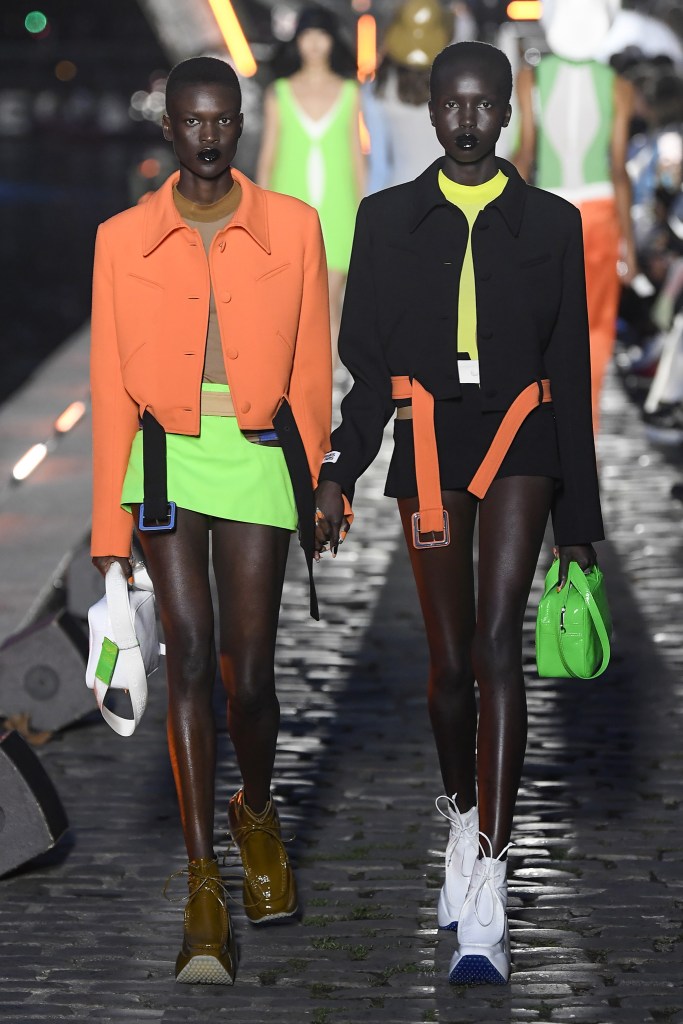 Christina Ahlers, chief executive officer of Courrèges, will name Zobel’s successor in the months to come, said the statement.

According to market sources, the brand has its eye on Paris-based designer Nicolas Di Felice, a longtime collaborator of Nicolas Ghesquière, current creative director for women’s wear of Louis Vuitton.

The designer first started working with Ghesquière in his Balenciaga days, acting as senior women’s wear designer on the main line and head designer for pre-collections. After a stint at Christian Dior under Raf Simons, Di Felice, who trained at Belgian fashion school La Cambre, followed Ghesquière to Louis Vuitton in 2015, where he currently operates as senior women’s wear designer.

Courrèges is owned by Artemis, the majority shareholder of the global luxury group Kering. The family holding of French billionaire François Pinault first entered the capital of Courrèges in 2015 and acquired full ownership in September 2018, when it bought out Jacques Bungert and Frédéric Torloting, the former Young & Rubicam executives who acquired Courrèges from founders André and Coqueline Courrèges in 2011.