Posen is working out details regarding his involvement in the new business arrangement, market sources said.

As reported, Posen, 39, who is known for his show-stopping red carpet gowns, revealed he was closing his business in late October after failing to find a buyer or new investors.

Posen is reportedly working out details regarding his involvement in the new business arrangement that encompasses the Zac Posen brand and all intellectual property, market sources said.

A Centric official said the company does not comment on rumors.

Posen, who couldn’t be reached for comment, told WWD in late October that his board made the difficult decision to close the business, which he called “surprising and immediate.” They had been in a sale process and ran out of time. The spring collection isn’t being shipped. Posen had a staff of about 60 people.

“There was a board vote. We had to make the call,” Posen said at the time.  “My partners and I tried everything possible within our means to find solutions to keep it going. I have been trying to find the right strategic partners at this tough time in retail and in the industry. The clock ran out,” he said.

As reported, in April, Yucaipa Cos., Ron Burkle’s investment firm which had owned a controlling stake in Posen’s brand for more than 15 years, was looking to sell. According to Posen, there had been discussions with several potential buyers but ultimately none came to fruition. A spokesman for Yucaipa wasn’t available for comment.

Asked about the potential of a Centric-Posen deal, Andrew Jassin, managing director of Jassin Consulting, believes Centric would be able to provide both strategic and financial relationships for the Zac Posen trademark. As a brand manager, manufacturer and distributor, Centric would likely manufacture apparel and license out various categories. The vision would be to take it to a broad market, he said.

“I think this has great potential,” said Jassin. “I think Zac is a really important future contemporary designer. He doesn’t have men’s yet, he’s into food, he’s on TV all the time. He’s involved in food, apparel, entertainment and wine. He’s a very cool guy. He is well positioned for a strategic partner to take advantage of all his endeavors.”

Posen had produced 14 fashion collections each year across labels including the signature Zac Posen, Zac Zac Posen and Brooks Brothers, for which he’s been women’s creative director since 2016 and continues to do. Posen also oversees numerous licensee collections (Pronovias Group, which will introduce a bridal collection under the Zac Posen for White One label, is one of them), and recently designed new uniforms for Delta employees. Posen, who was a judge on “Project Runway” from 2012 to 2018, also designed costumes for the New York City Ballet. He is also the author of “Cooking With Zac: Recipes From Rustic to Refined: A Cookbook.” 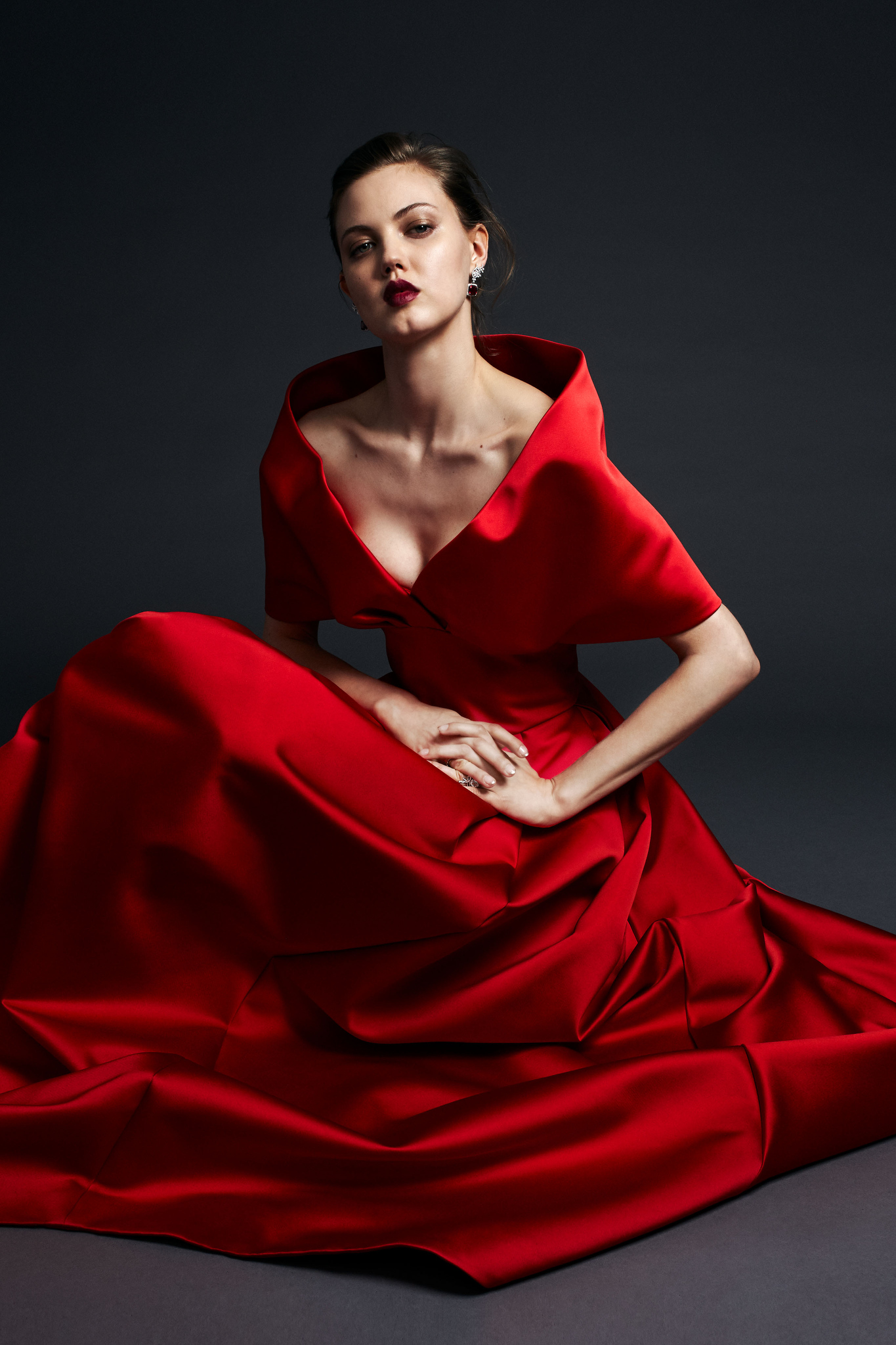 A look from the Zac Posen Resort 2020 collection.  Courtesy