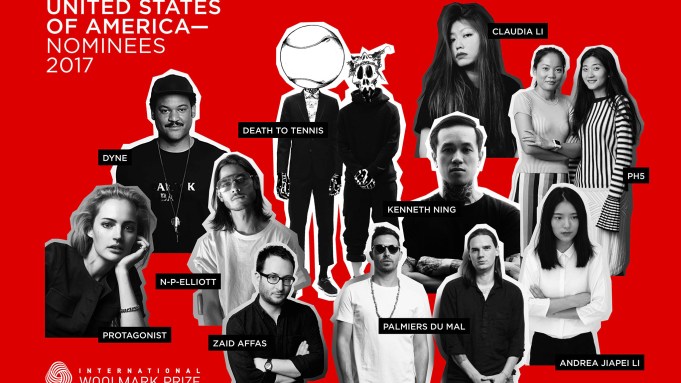 The two U.S. winners will go on to compete against the winners from five other regions: Asia; Australia and New Zealand; British Isles; Europe, and India, Pakistan and the Middle East in the international finals in January.

The men’s wear and one women’s wear regional finalists of each regional receive a financial contribution of 70,000 Australian dollars towards their next collection.

Ultimately, the two winners of the women’s wear and men’s wear global finals will receive an additional 200,000 Australian dollars to assist with fabric sourcing and marketing of their collection and mentoring from industry experts. The two international winners will have the opportunity to have their collection distributed at such retailers as Boon the Shop in South Korea; Boutique 1 in the UAE; David Jones in Australia; De Bijenkorf, Amsterdam; Harvey Nichols in the U.K.; Hudson’s Bay Co. of Toronto; Leclaireur, Paris; Mytheresa.com; Ordre; Ssense.com, and The Papilion in Indonesia.

In addition, a new “Innovation Award” has been introduced, to acknowledge the most unique and creative fabric or yarn development from a finalist. The winner of the Innovation Award will be granted 100,000 Australian dollars.

The Woolmark Co is supported by MAC, Cutler and Ordre.com for this year’s regional events. Jonathan Zawada created the trophies and decorative wares for each regional event.