Zegna Puts Arty Side on Display

The company presented a work commissioned from artists Lucy and Jorge Orta, “Fabulae Romanae,” at the Maxxi in Rome. 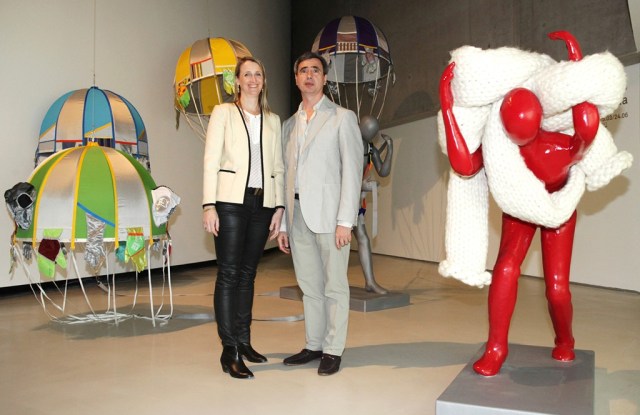 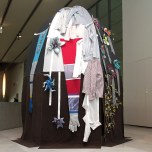 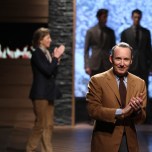 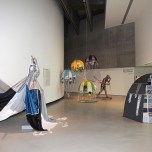 ROME — “Culture is important for the country. There is no growth without culture nor any development,” said Gildo Zegna, chief executive officer of the Ermenegildo Zegna Group, following the unveiling of a work commissioned from artists Lucy and Jorge Orta, “Fabulae Romanae,” and presented on Wednesday at the Maxxi, Rome’s National Museum of the 21st-Century Arts.

The project, part of the new ZegnArt venture revealed earlier this month, is entirely in line with the identity of the group. “This is not a marketing tool, it’s about customer experience and delight, and beyond selling a product,” explained Zegna in an interview at the brand’s boutique on Via Condotti here.

Zegna silk ties and fabrics are juxtaposed with military blankets and flea-market shirts in a site-specific art installation, inspired by Rome’s history and contemporary life, and hinging on themes dear to the Ortas, such as sustainability, extreme living conditions and preservation of the land — similarly to the Zegnas and their investment in Italy’s Oasi Zegna, for example.

“I enjoy working with textiles, the association of fabrics and colors, and different textures,” said Lucy Orta, who until 12 years ago worked in fashion.

“I feel that the Medicis are back. Luckily we have people that through culture know they can see the world in a different way,” declared Orta.

Zegna declined to provide financial details about the investment in ZegnArt, which includes three divisions: Special Projects, such as the collaboration with Maxxi; Public, which combines the commission of a public work with an international institution in a selected emerging country and a residency to a local artist invited to study in Italy, and Art in Global Stores. The executive underscored ZegnArt is a medium- to long-term project with an international perspective, noting that for this reason it’s not only a financial investment, which he defined as “relevant,” but also one in terms of time and human resources.

“Both are very valuable. This is a serious project that needs backup support and dedicated activities. We are sure to invest more in time,” he said.

For the Maxxi presentation, the company organized a 900-guest event the same evening, following a dinner for 100, including members of the press, the previous night.

Zegna conceded there will eventually be some kind of return as the firm will expand ZegnArt internationally. For example, the first country chosen for the Public division is India, with the Dr. Bhau Daji Lad Museum in Mumbai as a partner, which will be followed by Turkey and Brazil, all markets with growth potential for the group.

Asked about business in India, Zegna characterized it as “slower than expected and not too easy. It will take a few decades.” The group has six stores in the country and will open a new unit in Mumbai between May and June.

As part of the Art in Global Stores area, on May 2 Zegna will present in its New York boutique a work commissioned from American artist Emil Lukas, who works with yarn threads. “I met him at Art Basel and bought one of his pieces, then asked him to create one with silk threads — they are richer and shinier. It’s going to be fantastic,” Zegna said excitedly. The U.S. is the group’s second-largest market after China, and Zegna was upbeat about the performance in that region, citing double-digit increases at retail, which accounts for 50 percent of revenues there and solid gains in the wholesale channel, too.

He expressed “confidence” for 2012 and pointed to the revamping of the Los Angeles and South Coast Plaza stores and expansion and refurbishing of the Chicago venue this year. These follow openings in Las Vegas, Short Hills, N.J., and Manhasset, N.Y., last year. There are also plans to unveil a new store in the Miami Design District “in the near future.”

Zegna said group sales totaled 1.12 billion euros, or $1.55 billion at average exchange, in 2011, which he said was “a record year.” Profit figures will be released in April. Given Italy’s lackluster consumer spending and difficult economy, Zegna was especially grateful for exports, which accounted for 85 percent of business. “It’s going to be a challenging year, with peaks and downs, unexpected situations, currency fluctuations and countries slowing down. Japan is flat and Europe is a question mark,” he remarked. “I’m more positive than last year, but it’s hard to predict.”

He was “very pleased” with Italy’s new Prime Minister Mario Monti’s reforms. “He has a great team, he’s taking action, and it’s a credible government, but the country is in recession.”

Once again, Zegna dismissed any interest in a public listing for the family-owned, 102-year-old company. “There is no reason to list. We are growing organically, we are financially solid, there are many opportunities and the family is united,” he said.