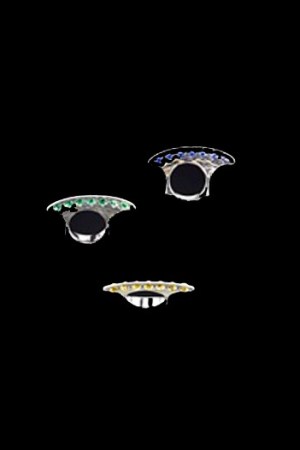 Tonight, Hong Kong jewelry designer Wallace Chan will take over Brasserie Ruhlmann at Rockefeller Plaza for his first U.S. appearance. But he has more to celebrate than just coming to the States; the event also marks the worldwide launch of his secondary line, Chan & Zen.

With prices ranging from $8,000 to $100,000, the new offerings come at significantly lower prices than his main collection of handcrafted jewelry, which retails from $50,000 to $7 million. The move, Chan says, was designed to expand his audience without forgoing the elaborate, flamboyant creations for which he’s best known: his butterfly brooch with real lepidoptera wings encased in crystal, for instance. Both collections, which emphasize Chan’s innovative cuts and plays of light and color, will be available at Bergdorf Goodman and Neiman Marcus. “My friends were always asking, ‘Why can’t you do more?’ I can’t — because to do beautiful things takes time,” explains Chan, 53, a former sculptor who moved into jewelry in the early Nineties. “Chan & Zen will be more clean, with a simplicity of line. The diamonds and gemstones [here] will be unobtrusive.”

The name, meanwhile, is in keeping with Chan’s spiritual bent, which comes courtesy of a Buddhist retreat he went on in 2000. Nowadays those teachings, as well as nature and traditional Chinese motifs, strongly inform his work. Case in point: his Chan & Zen Rainbow Bridge ring series — titanium arches inlaid with 18-karat gold and edged in bright gemstones — which were inspired by Buddhist notions of compassion and love. “The experience [of the retreat] helped free my imagination,” says Chan. “Get rid of logical thinking, and your mind will give you a magical journey of images and ideas.”