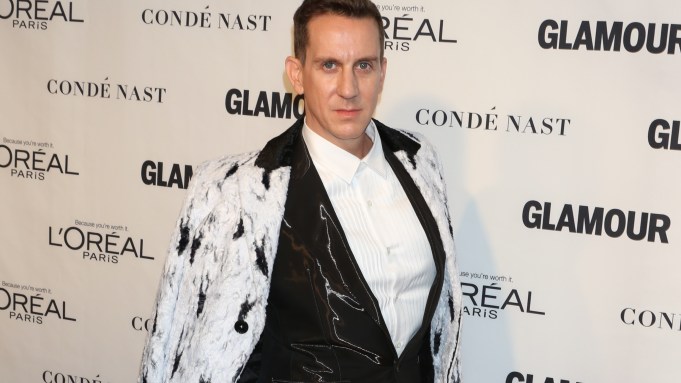 “They’re extensions of my personality and my culture — feminine, sexy, young at heart. The whole line is attitude. We enjoy life. We have family. We have kids. We are mothers. But we have to have fun. We have to go out and have our margaritas.”
— Thalia, on her private label for Macy’s targeting Latinas, Jan. 20

“I love snakes, so I’m always, like, filled with snakes everywhere. The snake is also a very strong symbol of renewing oneself all the time.”
— Marisa Berenson, Jan. 23

“One never tires of it, it’s like the blue sky. When you see the blue sky, you’re immediately optimistic.”
— Bernard Arnault, describing the Louis Vuitton monogram, Feb. 4

“I don’t know an actress who likes [the red carpet]. They’re fearful of what’s going to be in reviews that wouldn’t have been there 25 years ago. They’re fearful of the glam cam. It’s like being on a global game show, and it’s horrible. They’re terrified.”
— Tom Ford, Feb. 18

“This job doesn’t allow you to dream much, you must have your feet planted on the ground.”
— Giorgio Armani at his 40th anniversary party, April 30

“We try to run a straight show. The far right doesn’t like me at all. They attack me routinely. I don’t evaluate it. I let the chips fall as they may. It’s not about ideology for us at ‘The O’Reilly Factor.'”
— Bill O’Reilly, June 3

“How is society going to cope with shrinking employment? I don’t know what kind of social pact we’ll have, but we better find one. Our clients will be targeted, hated. They’ll be despised. The people with money will not want to show it.”
— Johann Rupert, Compagnie Financière Richemont, June 8

“I am so proud of Miss Asia. She’s a natural in front of the camera….I really love getting to watch my best friend be a star.”
— Lady Gaga, on her French bulldog’s modeling career, June 23

“I can appreciate glamour, as long as there are women who before [focusing on] what they wear, are mindful, spiritual women. Then I look at them.”
— Bouchra Jarrar, June 30

“Some decisions are very difficult to make. But our company’s commitment to diversity and inclusion in all facets of the business, including in our relationships with business partners, is a strong guiding force.”
— Macy’s Inc.’s Terry J. Lundgren on the decision to drop Donald Trump merchandise after Trump made controversial comments about Mexican immigrants, July 1

“For those of you who have not heard me before, I have to say that this accent is for real.”
— Ariana Huffington, July 8

“Left to my own devices, I sort of dress like a 14-year-old boy most of the time, but I’ve gotten really excited about more tailored dresses and how stupidly good it feels when your jewelry matches your clothes.”
— Caitlin FitzGerald, on prepping for her role as Fifties housewife Libby Masters in Showtime’s “Masters of Sex,” July 8

“I’ve been out in the cold my whole life so I know what keeps you warm.”
— Olympic skier Lindsey Vonn, on designing skiwear, July 13

“It’s about mixing the logic and the magic. You need to have the magic…but behind everything there is a very strong discipline.”
— Philippe Fortunato, Givenchy, Sept. 2

“A lot of people see successful people and feel like, ‘Wow that could never happen for me,’ but I was born dirt-poor and there were times I was homeless in Paris trying to make my way. I wasn’t born with a name or social entrée into the fashion world.”
— Jeremy Scott, Sept. 15

“It’s hard for me to buy off the rack. My arms are so long I can wear three watches and read every one of them.”
— Michael Strahan, on his new men’s tailored clothing line at J.C. Penney, Sept. 9

“The last couple of seasons have been very uniform. The girls looked identical, they were perfect, they were polished, whether it was the military show or the pink house, the Vreeland perfection. It was dark. I wanted this one [spring 2016] to be extremely up — but down.”
— Marc Jacobs, Sept. 16

“Sum up my time at Balenciaga? It’s been an incredible three years. I’m very grateful for the opportunity and I’m ready for the next chapter and I’m really excited.…See you back in New York.”
— Alexander Wang, Oct. 2

“How do you get conflict in the clothes? There needs to be tension in garments to make them feel more real, less precious.”
— Jonathan Anderson on his Loewe spring collection, Oct. 2

“I want people to dance, sweat and go back home with their feet hurting.”
— Emmanuelle Alt, on Vogue Paris’ 95th anniversary party, Oct. 4

“My son told me, when he was eight years old, ‘Daddy, I’m gonna change the name from Elie Tahari to Jeremy Tahari.’ I’m thinking, ‘How can I hand off [the business] in a way where it can run itself for a while…before he screws up everything?'”
— Elie Tahari, Oct. 6

“I’m questioning a lot; I feel a lot of people are questioning. We have a lot of conversation about it, where is it going. It’s not only the clothes. It’s the clothes — everything around, the Internet. I feel like doing something calm, calm and beautiful and sensitive and romantic….I’m aware of the world I’m in, and I know what is expected. Sometimes as a designer you have to make up your mind if you always want to go bigger, bigger, bigger, bigger, make it more spectacle, and also, maybe sometimes pull it back and try to keep the intimacy.”
— Raf Simons, Oct. 7

“I like dark chocolate, and white chocolate, but when it’s too sugary and milky, [it feels too American, too artificial]. I feel like they’ve fooled me.”
— Juliette Binoche, Oct. 23

“We are probably living in the most creative era in history.”
— John C. Jay, Fast Retailing, Oct. 28

“Are we turning into an entertainment business?”
— Alber Elbaz, Nov. 4

“Fashion is about emotion. Our job is about delivering an idea of beauty of our time.”
— Pierpaolo Piccioli, Valentino, Nov. 11

“There’s no real creativity in retailing today. Stores are designed for products and not people.”
— Gary Friedman, RH, Dec. 2

“The reclusive designer is not going to fly in the future. The big designers that you have had on this stage are of a different era, but they’re great performers. They’re personalities. The too-cool-for-school thing is a snoring bore.”
— Zac Posen, Dec. 4

“Great merchants have a feeling for the product they sell. They motivate creativity, and they understand their customers….Unless a company is led by a merchant, it will not be successful.”
— Walter Loeb, Dec. 10

“Fashion used to create a dream: People used to dream about an amazing dress that they will probably never wear in their life, but that created an idea and an illusion.”
— Demna Gvasalia, newly appointed designer at Balenciaga, Nov. 18

Is Fashion Overheated?
Designers react to the question (Oct. 27):

“My collection fashion shows have always been like movies, but in a subtle and nuanced way. It’s never been about producing a larger extravaganza for me, as then it becomes too much about the theater. The clothes should be paramount, and the press and retailers need to see the detail and how the clothes breathe and move.” — Ralph Lauren

“If you are not a good bullfighter, don’t enter the arena. Everybody is allowed to show a collection. There may be too many — but that is not my problem.” — Karl Lagerfeld

“Most people today want the gratification. Quite frankly, if you buy it on Friday afternoon at 4 o’clock, you want to wear it on Friday at 7. I feel that now with the idea of immediate gratification, we probably are shipping clothes too early. We’re also promoting them too early.” — Michael Kors

“I don’t really see a problem: I tend to look at these things as evolutionary. The fashion calendar is just having a cultural moment like the Sunset Strip in L.A. did with rock bands in the Seventies.” — Rick Owens

“Fashion is not overheated. In the world where everything is violent and war and money and finance and those idiots on Wall Street.…I think it is very useful. It’s a very good antidepressant in a way.” — Oliviero Toscani