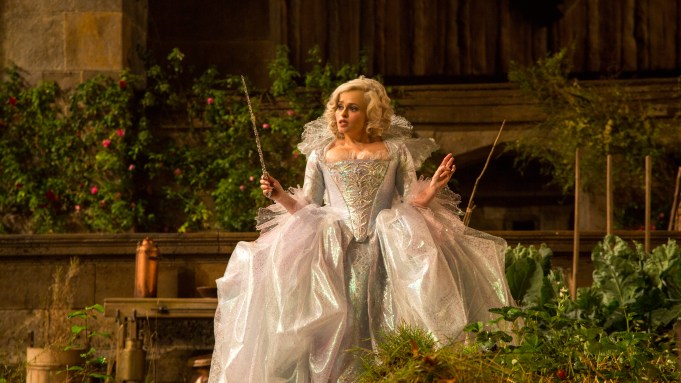 LONDON – The four costume designers nominated for awards at this year’s British Academy of Film and Television Arts ceremony took to the stage at BAFTA headquarters in London over the weekend to discuss the films for which they’ve been nominated, and the “totemic” and communicative power of clothing.

Paco Delgado, nominated for “The Danish Girl,” showed a scene in which Eddie Redmayne walks through a park in a pale lemon suit and lavender shirt. He’s assaulted by two French men who wonder if he is a lesbian.

“This is my most dear moment from the movie because it shows a pivotal moment in [Einar Wegener/Lili Elbe’s] life,” Delgado said. “He wears a man’s suit, but it has a female intention to it. I always think that costumes have an amazing power to communicate and get an emotional response. We wanted to show how sometimes people can get offended by the way you dress.”

Jenny Bevan showed a scene from “Mad Max: Fury Road” in which the wives of Immortan Joe — chosen as breeders to ensure he has a healthy heir — have been released from captivity by Charlize Theron’s character.

“There was something rather innocent in this scene. They’re cutting off their chastity belts, which is really quite a ghastly image. And they are incredibly, inappropriately dressed for a road trip,” she said of their bandage-like costumes.

Sandy Powell talked about characters’ transformation through clothing. One of the last scenes in “Carol” shows Rooney Mara walking through a crowded restaurant in which Cate Blanchett, who plays Carol, is seated at a table wearing a pale outfit that makes her stand out against the darker hues of the set.

“The Rooney Mara character has been on a journey of self discovery and this moment is her transformation moment. She has grown up and found out who she really is,” Powell said. “She actually changes her style as she’s grown up, inspired and influenced by Carol. In the beginning she’s very young and has recently been a student and has had not much money and she dresses comfortably and practically, a little bit arty, but certainly not high fashion, and that’s the big contrast with Carol, who is older, with money and means and is able to spend her money on those type of looks.”

Powell also talked about the theme of transformation in “Cinderella,” another film for which she is nominated. In it, Helena Bonham Carter morphs from an old beggar woman into the glamorous Fairy Godmother before magically turning Cinderella’s torn pink dress into the twinkling, butterfly-adorned blue one that she wears to the ball with glass slippers courtesy of Swarovski.

“I knew that Cinderella’s dress had to be the simplest dress at the ball even though it was the biggest. I wanted it to be the least decorated; I deliberately didn’t give her much jewelry — much to Disney’s dismay — but it had to have some decoration. So I thought, ‘Cinderella is at one with nature…so let’s have the butterflies land on her to provide the decoration.'”

Odile Dicks-Mireaux, nominated for “Brooklyn,” dresses actress Saoirse Ronan in the same outfit for one scene on a crowded Coney Island beach and another on a deserted one in Ireland. “I wanted her to wear the same things in two scenes to emphasize her story and her conflicts,” she said.

“I love this period, the early Fifties, and it reminded me of my own parents meeting in 1948 and I discovered all these pictures of them when I went through my father’s things after he died. It’s about two people meeting and trying to create a new life. I did most of my referencing through my personal photographs and the producer had some wonderful home videos of her family.”

All four designers said much of their success is down to instinct.

“Everyone thinks you are an expert on a period of time, but actually you’re not,” said Powell. “Even if you’re working with a period that you’re already familiar with, there’s always some new aspect to it. You get to the end of a job and think, ‘I want to do that again because I know so much more now.'”

One of the biggest challenges they share is a lack of time to prepare for a film. “They will cast an actor, and you’ve waited and waited, then when you think you’ve got the actor to start fittings — oop! They go on holiday,” Bevan said. Delgado echoed the frustration: “Even better is when they go on holiday and then come back with a tan — for a period film.”

They also said advances in digital technology had affected the way they work. “We work very closely with the director of photography and the art directors and sometimes you get surprises,” Delgado said. “It happens a lot with colors. You think of a color and then when you go to the opening night, you watch the movie and think, ‘That dress wasn’t green.’ I hate that.”

Powell said that’s why she prefers film. “I understand how the colors are going to behave on film. Ultimately what happens with digital is not our decision — it’s the DP’s [director of photography] and the colorist who decide. On the ‘Wolf of Wall Street,’ with the dress that Margot Robbie appears in, I had very specifically chosen a turquoise dress and when I saw it in the rushes, it was what I call ‘Margaret Thatcher blue’ — that ugly Eighties royal blue – and I thought, ‘That’s a horrible blue.'”

Meetings were called, the dress in question was discussed and it was eventually adjusted, she said.

Challenges aside, Delgado said he is always astounded by how the power of costumes affect the cast, even on filming breaks. “For example, you have a Nazi movie and on the breaks, you have all the Nazi cast together and all the Jewish cast together [in separate groups]. That shows the totemic power of clothes and how they help you to relate to people. It’s fascinating.”

Ultimately, what makes a film appeal to them is not the chance to create a great costume but the quality of the story itself. “Sometimes you read a script where the opportunity for costume is great, but they’re crap scripts and it’s just not worth doing something where you know the film is going to be rubbish,” Powell said.