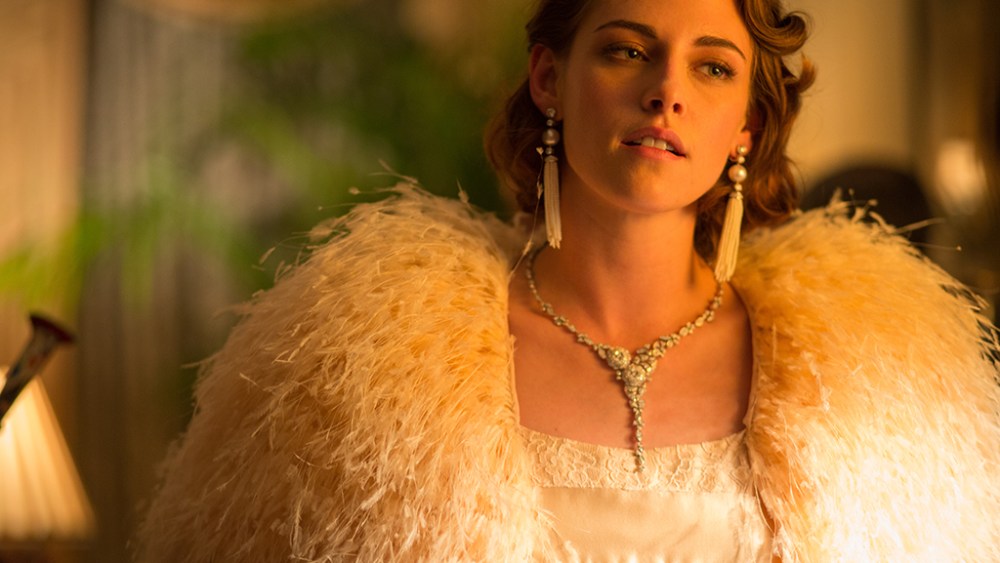 After putting Cate Blanchett in a white Chanel jacket in “Blue Jasmine,” the director has tapped the French luxury house to provide custom dresses for Kristen Stewart in “Café Society,” which opened the 2016 Cannes Film Festival on May 11, the company said.

The movie, which is set in the Thirties, also showcases a plethora of high jewelry pieces, worn by Stewart, who is a Chanel brand ambassador and campaign face, as well as Blake Lively and other actresses in the film’s nightclub scenes.

“I couldn’t really design this film and not address Chanel. In the 20th century, Chanel was the epitome of style, luxury and glamour,” Benzinger said. She also used contemporary jewelry designs inspired by Gabrielle “Coco” Chanel’s original designs from the Thirties.

“The gorgeous simplicity of Chanel’s dresses were canvasses to showcase her jewelry. The job was simple to me, put an elegant but simple dress on an actress, accessorize with a Chanel brooch or earrings and I had instant glamour,” she said.

Café Society also happens to be the name of a high jewelry collection that Chanel presented in 2014, drawing inspiration from its founder’s life at the center of a vibrant artistic scene that included the likes of Pablo Picasso and Jean Cocteau.

“Being with Woody Allen again three years after a successful partnership on ‘Blue Jasmine’ and its Oscar-winning star Cate Blanchett, Chanel is both pleased and proud to continue working with one of the greatest artists of our time whose inspiration knows no bounds,” the company said.

Chanel is on a roll in Cannes. It also provided clothing and financing for “Personal Shopper,” directed by Olivier Assayas and also starring Stewart — although her character has a love-hate relationship with luxury.

“I play somebody who is very, very attracted to the shiny and beautiful and aesthetic and superficial things that she actually is quite self-hating about — yeah, it’s weird,” Stewart told WWD.