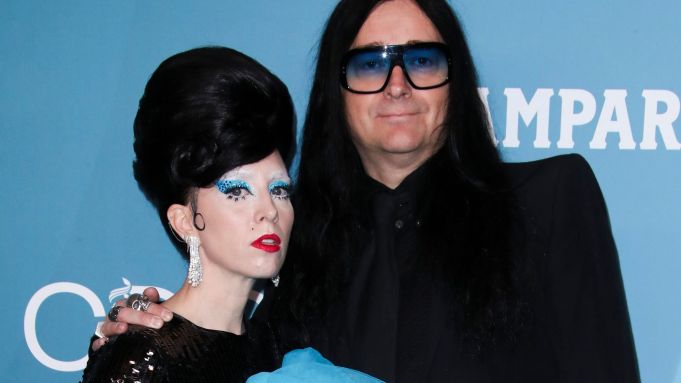 You’d be hard-pressed to find a more diehard group of style lovers than those gathered at the Costume Designers Guild Awards. For the 2020 edition held Tuesday night in Los Angeles, honoring Charlize Theron with the spotlight award, costume designer Michael Kaplan with the career achievement award, and many more, guests contemplated the lines between the two disciplines — fashion and costume design — and how they blur.

“Welcome to adult prom for fashion nerds,” said the evening’s host, Mindy Kaling, explaining why the CDGAs are the best awards show of the season. “Clothes are what make the other awards shows worth watching,” she quipped, giving credit to her “Mindy Project” costume designer (and CDGA president) Salvador Pérez for making all of her gowns for the event.

Costume design is about servicing a script, telling a story and building characters on-screen. Fashion is about selling stylish product. But in the era of social media storytelling and personal branding, when runway shows rival Hollywood productions and trends have given way to fashion moments, the worlds are crossing over more frequently.

Designers such as “Once Upon a Time in Hollywood’s” Arianne Phillips (Mr. Porter’s Kingsman Collection) and “Mad Men’s” Janie Bryant (Unique Vintage) are working on fashion collections, and fashion designer Zaldy, who used to show runway collections at New York Fashion Week and collaborate on Gwen Stefani’s L.A.M.B. brand, has found fame in Hollywood with his Emmy-winning work on “RuPaul’s Drag Race.”

Gucci’s Alessandro Michele designs characters more than traditional collections; “Game of Thrones” and “Star Wars” chic influence Paris designers, and a “Stranger Things” T-shirt even made its way down the runway at Louis Vuitton a few years back.

And let’s not forget that in the early days of Hollywood, movie studios recruited fashion designers to be the first costume designers, and it was those talents — Gilbert Adrian for Norma Shearer in 1930, Irene Gibbons for Vivian Leigh in 1940, Edith Head for Grace Kelly in 1955 — who made those stars’ memorable Oscars gowns before fashion brands got into the red-carpet dressing game.

But it is compelling characters and storytelling that make viewers fall in love with the costumes…or fashion…on screen.

“I never gave much thought until then how film influences fashion,” said Jennifer Beals, reflecting on Kaplan’s iconic designs for the 1983 film “Flashdance,” which ignited a real-world fashion trend for off-shoulder sweatshirts and dancewear, the precursor to ath-leisure. “But you’re not trying to put something on screen for style’s sake, you’re building character,” said the actress, who still has the costumes in a trunk.

“Clothes have always been a part of my storytelling process,” explained Theron, in a dazzling gold Louis Vuitton gown, accepting her spotlight award, and admitting that she does on occasion wear her “Snow White and the Huntsman” evil queen crown, designed by Colleen Atwood, around the house.

“In October, when the Getty fires forced me to evacuate my house, I had five minutes to grab my most previous possessions…,” said “Schitt’s Creek” star Catherine O’Hara, accepting the excellence in contemporary TV costume award for the show’s designer Debra Hanson. “I walked out with passports, baby photos and an armload of Moira costumes, including a pair of Givenchy booties.”

Social media has made costume design more accessible for everyone, attendees agreed.

“When I was working on ‘Friends,’ someone had to call us on the phone to figure out what army shirt Rachel was wearing,” said costume designer Marie Schley, who won an Emmy for her work on Amazon’s “Transparent.” “Now that we can tag things on Instagram, it’s easier.”

It’s possible to move back and forth between the disciplines, most agree. “You are hiring me for my vision whether it’s dressing you for an event or a project or taking your brand and making it my own,” said stylist/designer B. Åkerlund, wearing a dramatic dress with a flying blue tulle flourish at the midsection by designer Harry Halim. “It’s all the same thing, it comes from the same brain.”

Still, there are purists. “It’s completely different…” said Bob Mackie, who is readying a documentary film about his body of work, from the Oscars red carpet and stage with Cher, to the TV screen with Carol Burnett, and indeed to Seventh Avenue. “I hate it when people call me a fashion designer. Did I go into fashion, of course I did. Not for the money or the happiness!”

“His work appears effortless though it isn’t,” J.J. Abrams said, introducing his collaborator as the man who “made ‘Star Trek’ sexy.” Kaplan has designed the last three “Star Wars” films, too, taking inspiration everywhere from Madame Grès to Rick Owens. “I love how he fits women,” said his longtime friend, Cornelia Guest, seated nearby. “He’s just magic.”

Onstage, Kaplan marveled over all he’s gotten to do, from designing Sean Young’s Forties-meets-futuristic costumes for the original 1982 “Blade Runner,” to working recently on space suits for Elon Musk’s future real-life astronauts. (That will be something to see!)

“The true satisfaction comes from the everyday ritual of selecting fabrics, solving problems, shaping the characters and making the script come alive,” he said humbly. Spoken like a true costume designer.