In response to the coronavirus crisis, the CFDA/Vogue Fashion Fund was redirected to aid companies impacted by the virus. Today, it names 44 grant recipients.

By Bridget Foley
with contributions from Rosemary Feitelberg, Lisa Lockwood
on May 28, 2020

For Prabal Gurung, Rodarte’s Mulleavy sisters, Emily Adams Bode, LaQuan Smith, Telfar Clemens, Yeohlee Teng and numerous other designers, the sun shines a little more brightly today than yesterday. They all learned on Wednesday evening that their brands are among the 44 round-one recipients of the CFDA/Vogue Fashion Fund’s A Common Thread grants. [Full list below.] Round-two recipients will be revealed later.

The recipients all impressed with sound proposals and what the selection committee viewed as positive prospects for the future at this moment of unprecedented upheaval.

“The goal was to help companies that are viable and have the chance to ride everything out,” said CFDA chairman Tom Ford in an interview with WWD. “A key factor was, ‘Is this a viable business? Is this a brand or a retailer that warrants support?’ As sad as it is, it doesn’t make sense to support businesses that are ultimately going to fail. The money is there to try to help people who have viable businesses.” 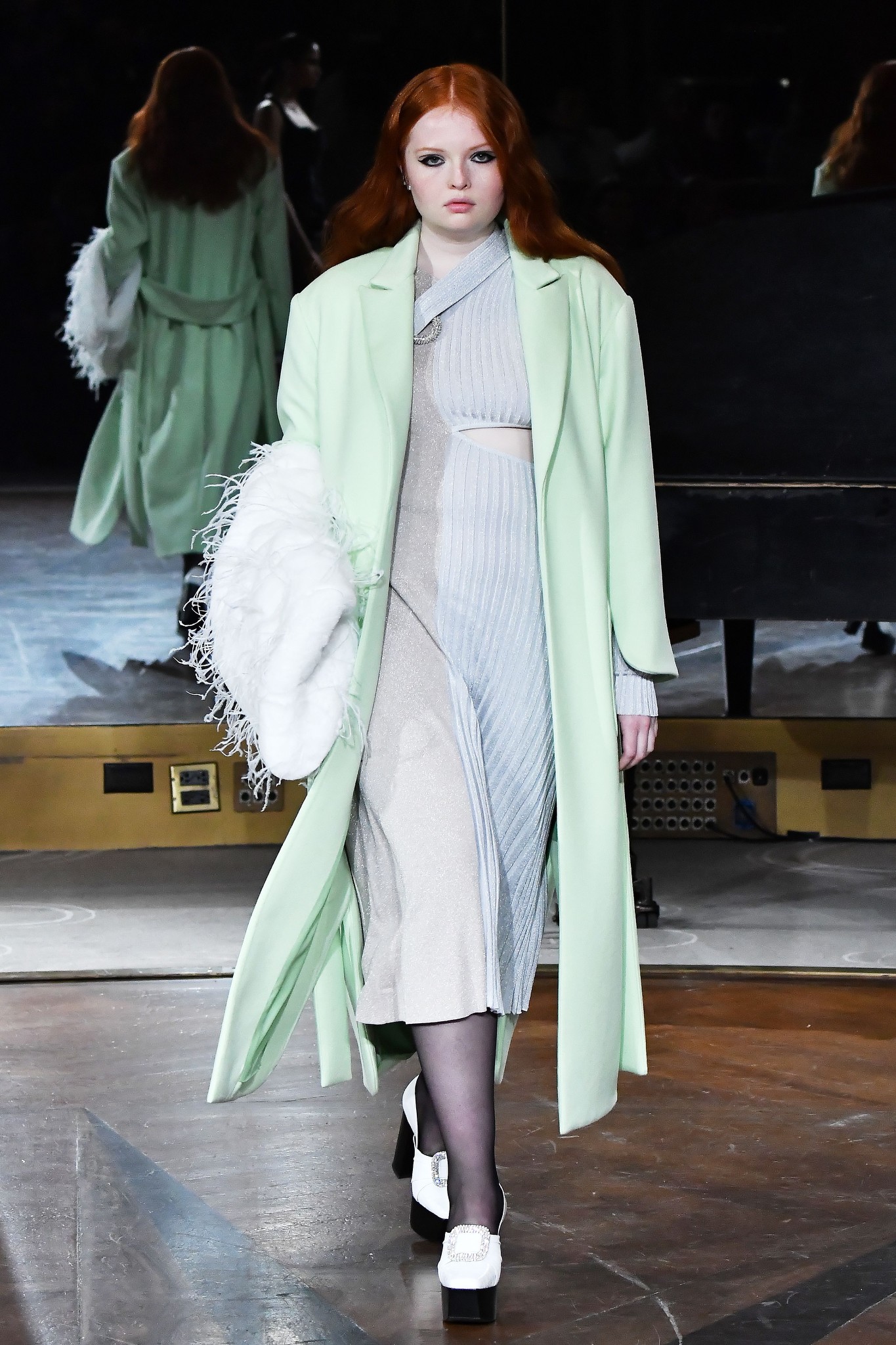 Applicants have to meet several clinical criteria. Each company must be U.S.-based and in business for at least two years, with less than $10 million in revenue and fewer than 30 full-time employees.

In all, the initiative drew more than 1,100 applications, two-thirds from brands and the rest from retailers, factories and others in the industry. The recipients hail from across categories, markets and design aesthetics, with perhaps some emphasis on craft from far-flung places. Caroline Weller founded Banjanan to support the textile industry of Jaipur, India; Aurora James employs artisans from around the world for her Brother Vellies accessories; Liya Kebede’s Lemlem is made entirely in Africa, with a core of handwoven cotton.

Gurung said, “We are so thrilled and grateful to be a recipient of the CFDA/Vogue Fashion Fund Common Thread grant. As we have transitioned the majority of our production — more than 90 percent — back to the USA, the funds will go directly to our domestic and New York City manufacturing partners. Being an American brand, we consider it vitally important to support local manufacturing, and to reduce our carbon footprint in the process. The grant will also be applied to revamping our direct-to-consumer business, which will place an emphasis on domestic production and sustainable manufacturers abroad.”

Mike Eckhaus, co-founder of Eckhaus Latta, the women’s and men’s collection, said, “We are completely thrilled. Our intention is to use funding towards further development of a spring ’21 collection, as well as helping move through the period of time with production that we’re undergoing for pre-fall and autumn/winter, given the delays have created a lot of headaches.

“It’s something that will definitely help our company weather the storm better. Our main intentions are to invest it into future collections and to ensure that our production timelines stay as smooth as possible,” said Eckhaus, who co-founded the bi-coastal brand with Zoe Latta. 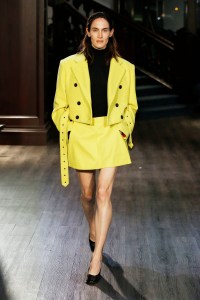 Like Gurung, Teng will be using the grant to strengthen New York City manufacturing, “As a Made in New York brand, I am planning on using the funds to source and manufacture locally. Our supply chain is within a 10-block radius of our location and I would like to see it have a multiple effect across the community,” she said.

But not all recipients are fashion brands. Fine jewelers Anna Sheffield and Gorga Fehren (Eva Fehren) received grants, as did Ahlem Eyewear and Gigi Burris Millinery. Among the seven retailers securing grants are Leigh’s of Western Michigan and Swords-Smith in Brooklyn. The factories are Panda International Trading of New York and Off the Wall Printing.

“Humbled and honored,” Burris said the funding would allow her to continue to sew seeds into local production. Noting how her company was founded on the core values of craft-based local production using century-old millinery techniques, she plans to use the grant to produce orders with local vendors and trained in-house sewers. Burris said, “This funding is a lifeline, and it allows me to continue to pursue the craft of millinery I hold so dear.”

Lemlem’s founder and creative director Lisa Kebede also described the grant as a lifeline for her brand and the network of artisans and partners. The funds will be used to fulfill the company’s commitment to small-scale vendors and artisans in its unique supply chain, she said. It will also be used “to set our team back to work designing and delivering our collections, and invigorate our direct-to-consumer business model,” said Kebede, adding that the funds will help provide artisans in Africa with education and training programs to help them maintain their livelihoods and keep healthy and safe.

Ford said achieving diversity was a goal in distributing the funds, and that effort was made to not focus narrowly on past CFDA/Vogue Fashion Fund winners and CFDA members, though several were chosen because of their proven success and strength of voice.

Nor was the selection process a beauty contest. “It wasn’t based on taste level,” Ford maintained, while acknowledging that tempering aesthetic value judgments proved tough. “[The committee members] have been in the industry a long time, and it’s easy to look at something from a brand you’ve never heard of and say, ‘that doesn’t look very sale-able; I don’t understand how these people are going to survive.’ But we didn’t want to [base decisions on], ‘I don’t like their clothes.’”

Similarly, while fashion-funding initiatives often focus on emerging designers, here there was no youth fixation. Teng, who launched her brand in 1981, is something of an industry institution, So, too, Stella Ishii, whose 6397 brand also garnered a grant. (Ishii is co-owner of The News showroom.)

“You don’t have to be young to make a good [business],” Ford said, noting that a number of applications highlighted the reality that in fashion, scale of reputation and of size are often incongruous. “Sometimes brand perception is bigger than the [commercial] reality. It’s important to support those people because they have a strong voice in American fashion, and you don’t want to lose that voice.” 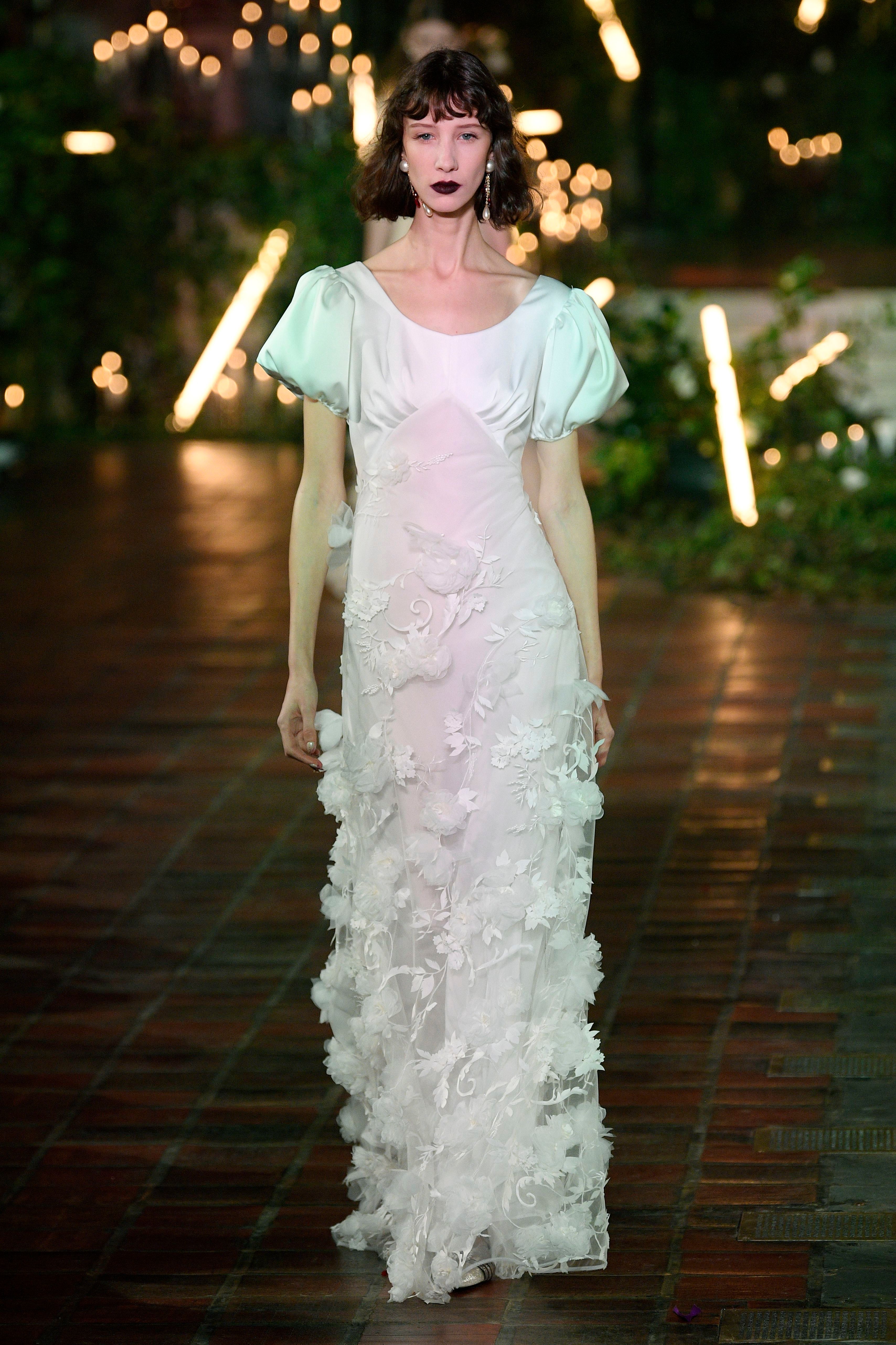 As for the retail and supplier components, while designers and their brands are clearly the primary focus, Ford noted the importance of supporting the industry’s other essential players, particularly those who work with independent designers. “Most [of the awarded] retailers carry small brands,” he said. “Obviously, if you want to help the brands, you need to help the retailers so they can continue to buy the next season and to pay for the season they just received and to complete their order. The suppliers, too. It’s all connected. If you help keep the money flowing among all three of those, you can help keep the cycle working.”

Since A Common Thread’s inception, more than $5 million has been raised in donations from large ($1 million from Ralph Lauren) to small (grassroots contributions of $5). Ford hopes to continue the fund. “If somebody would give us another million, we’d certainly take it,” he mused.

In the meantime, the CFDA just partnered with the fund-raising platform Omaze in an effort to increase support for A Common Thread, and its text-to-give and online donation portal remain active. The program’s initial grants vary in size, and Ford declined to discuss the specific amounts awarded. The 44 recipients will split $2.23 million. At an average of $50,700 per grant, the funding provides relief for immediate needs rather than long-term cushions.

“It is stop-gap,” Ford said, adding that its applications will be monitored. A month from now, recipients must report back on how they spent the money, and may be eligible for additional funding under round two.

“There is no perfect way to do it,” Ford observed of the selection process, noting the considerable “heartache’” involved in the various elimination rounds.

Not surprisingly, committee members found those who submitted the most thorough proposals the most impressive candidates. “Some people gave us very detailed business plans, and those plans were given more weight than those from people who wrote two or three lines that seemed less organized — ‘I need to pay my rent.’”

The strongest applicants cited immediate financial need — pay suppliers; rehire laid off or furloughed staff — as well as long-term goals, such as strengthening DTC and e-commerce capabilities and facilitating sustainability as a brand value. 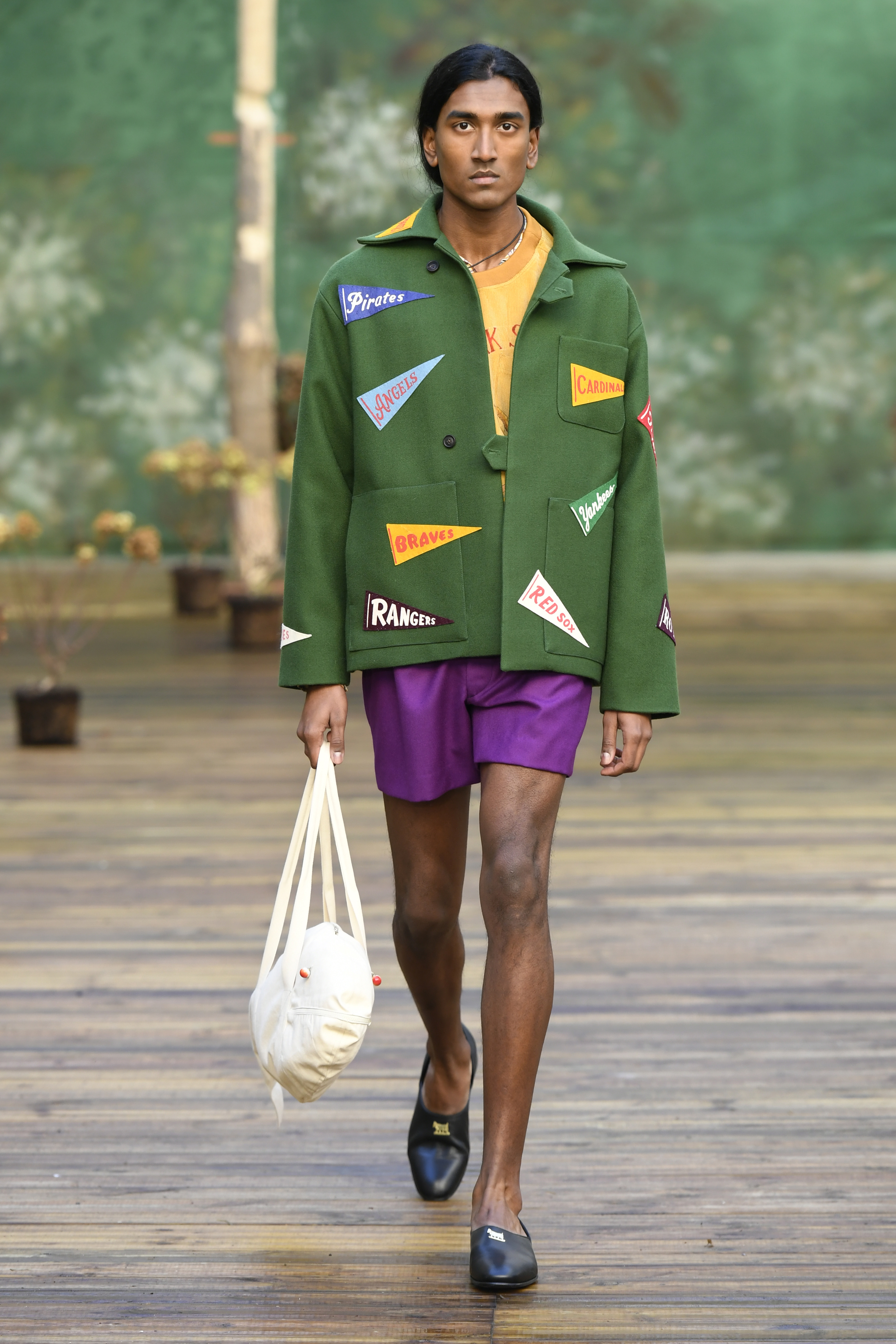 Conversely, some others displayed a dangerous lack of professional savvy. “Sadly, some seemed very naive about business,” Ford said. “From that naïveté, you could tell that unfortunately, this is probably not a viable [business].”

That said, the committee afforded a few applicants a bit of latitude based on “a well-known name that had a proven potential and track record.” In such cases, a CFDA staffer called the person to advise, “‘This is what you need to be doing, this doesn’t make sense, how can we help you,’” Ford recalled. “Because we are also there to help people, to give them advice [about] negotiating with the landlord and developing a payment schedule and working on your business plan and using your cash in the smartest way.”

One basic expense that came up frequently: rent. Ford considers full payment of rent not the best use of a struggling brand’s limited funds and suggests negotiation.

“What’s the law in New York? I don’t think you can be evicted right now,” he observed. “We’re advising most people to go back and renegotiate your lease. This is a case of force majeure, an act of God or the universe. You should not be expected to pay your full rent for that period. You’ve got to concentrate on your employees; the goal is to keep as many people employed as possible.”

Ford wants all recipients to use their grants well — and he doesn’t mean developing a spring runway romp. In fact, just the opposite. He cringed when he read, “develop a spring collection” as a priority on grant applications of designers with seriously struggling businesses, and advises that they skip a season or even two.

Ultimately, Ford maintains, fashion will come back and even flourish, because the need to self-adorn is deeply ingrained in the human condition. But for now, all designers should have a very clear, singular goal, particularly those who have turned to A Common Thread for support: “Their priority has to be ride it out, to just survive.”

Here, a full list of the initiative’s round-one winners. Round two is upcoming.