A Daisy Blooms: Kohl’s and Fuentes in Exclusive Fashion Deal

Kohl’s has signed an exclusive fashion deal with Daisy Fuentes, hoping to satisfy its current customers and bring in some new ones. 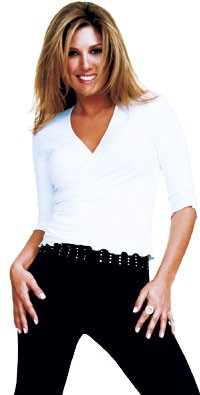 Wal-Mart has the Olsen twins, Target has Hilary Duff, Kmart has Thalia and now Kohl’s has Daisy Fuentes. While everyone seems to want a piece of the celebrity-as-designer craze, the Menomonee Falls, Wis.-based retailer hopes to satisfy the needs of its current customer base and bring in some new shoppers with its exclusive Daisy Fuentes fashion brand, due to hit 182 Kohl’s stores in 20 markets beginning on March 1.

This is an opportunity for the chain to not only outfit its current customers with a label designed by a well-known model and TV personality, but also to pull in the much-sought-after Hispanic consumer. Currently, there are more than 39 million Hispanics living in the U.S., and according to Kevin Mansell, president of Kohl’s, while the company is not targeting the Hispanic market specifically, the new line is sure to make an impact on that consumer segment. This deal comes hot on the heels of another major deal made last October when the company entered into an agreement with Estée Lauder Cos. to provide exclusive lines and brands for Kohl’s. The brands will be in-store beginning this fall and will be priced at the moderate-prestige level.

“Our target customer for this brand is no different than our first target customer, which is in the 25- to 54-year-old demographic,” Mansell said. “I think this line will have a very strong appeal to Hispanics, but the research we conducted before we took the line on was so much broader than that.”

The company, according to Mansell, conducted more than six months worth of research before sealing the deal with the Daisy Fuentes label. The survey targeted three groups of customers in several urban areas across the U.S. The three groups were sectioned into Kohl’s traditional customers, Hispanic shoppers and young mothers who tend to shop Kohl’s for their children’s clothes rather than for their own. The women were asked to shop the stores and were shown a rack of clothes from the Daisy Fuentes collection. The response, Mansell said, was strong.

“Of course, we were hoping these people would be as excited about the idea of this collection as we were,” he said. “But when the actual results of the research came in, it was even stronger than we expected. It was all very positive and with an even broader appeal than we thought.”

After the results were in, it was considered a no-brainer for the firm to partner with Fuentes.

“Daisy has always been selective in her associations and she has not been over-penetrated,” said Julie Gardner, senior vice president of marketing for Kohl’s. “We met with her in person on several occasions to make sure she was involved and she felt strongly about this. We found that she was really involved in the direction.”

While the company remains mum on details of what the collection will look like, it was described as a contemporary line in appearance, but misses’ in fit. The line encompasses pieces that showcase an array of fashion basics based on Fuentes’ personal style.

“I looked in my closet and picked out the pieces that I like and wear most often,” Fuentes told WWD. “I think that my personal style represents the style of a lot of women my age, so it was very important for me to offer a line of quality clothes that are not overly trendy, but with a fantastic fit.”

Mansell declined to detail retail price points of the new line, but said the collection will be merchandised within the store’s current mix of brands, somewhere around the Nine & Co. line, owned by Jones Apparel Group, and Axcess, a collection produced for Kohl’s by Liz Claiborne. Those lines retail prices range between $20 for a top to about $250 for a leather jacket. Mansell said he sees no reason why the brand will not expand beyond its current mix of apparel into other classifications, but ultimately, that decision is not up to him.

“The constant statement that I hear from customers is that they want to see newness in the store,” he said. “I believe that this new brand fulfills those requests, but whether or not this brand grows to offer more classifications of products will be up to the consumer.”

The line is licensed and manufactured by Regatta USA, which first partnered with Fuentes and brought the concept to Kohl’s. Chairman and chief executive officer Haim Dabah said he has been looking to launch a line of contemporary apparel for a long time and found the perfect opportunity with Fuentes as a partner.

“We were actively working to bring a contemporary brand to the market,” Dabah said. “This line will fit the needs of a contemporary customer who cannot fit into traditional junior clothes.”

Dabah said he was also actively searching to find a celebrity to partner with, but was picky about who it was. He first met with Fuentes last February.

“Although we have worked with celebrities in the past, this is our first partnership,” said Barbara Tichner, president of Regatta USA. “The great thing about Daisy is that she really isn’t a celebrity. She is a television personality who has spent her life in fashion, which makes for a perfect match for a fashion line.”

Dabah agreed. “It was very important that we find someone who is willing to dedicate their time and energy to the collection. Daisy is super involved. She is as picky about the colors and the packaging as she is about the clothes she keeps in her own closet.”

Fuentes said: “This has taken a long time, but I am very proud of this. I wear these clothes myself. I want to wear them and market them. I’ve spent a lot of time shopping at Kohl’s and I am so impressed with the way the store is merchandised. I can spend forever shopping there. I truly believe in this line and trust me, I am not very good at faking it.”

Mansell said the company will aggressively market the new label with print advertising in magazines and newspapers, in the store’s weekly circular that is distributed in some 25 million publications nationwide, on TV and with in-store visuals, along with a sweepstakes.

“This campaign will be as comprehensive a campaign as we do,” Mansell said. “There is nothing we are not including in this.”

For the official kickoff, Kohl’s will celebrate the launch of the collection at a party in Manhattan on Feb. 18 at Splash Light Studios on 35th Street — exactly one year to the day that Fuentes first met with Regatta.

Fuentes has spent her entire career in the fashion industry. Beginning as a model, she went on to host MTV’s House of Style in the early Nineties and was the first Latin face of Revlon. More recently, she worked as host and producer of the WE Network’s Style World, a weekly fashion magazine program. Now 37 years old, Fuentes said she is in the process of developing her own TV project, in addition to her work on the apparel collection.

In a similar deal with a major chain, Kmart hoped to capture an Hispanic audience when it signed a deal with Latina pop star Thalia Sodi last August. At the time of the launch, the company predicted the Thalia collection would generate revenues of $300 million to $500 million in its first year.

While Mansell declined to predict what the first-year sales of the Daisy Fuentes collection would be, it is likely to be a smaller number considering the Fuentes line will consist of only apparel for the launch. The Thalia line encompasses a collection of apparel and home products.

For the three months ended Nov. 1, Kohl’s saw earnings fall 9.1 percent to $121.2 million, or 35 cents a diluted share, in line with Wall Street’s consensus estimate. Sales for the period advanced 11.7 percent to $2.39 billion. Uncharacteristically, comparable-store sales in the quarter were down, dropping 1.3 percent.

Despite the drop in earnings last year, the chain is on a growth spurt. Kohl’s now operates 546 stores in 36 states and Mansell said the company plans to open more stores this year in new markets. It will open 95 new stores in 2004, 47 of those in the first quarter.