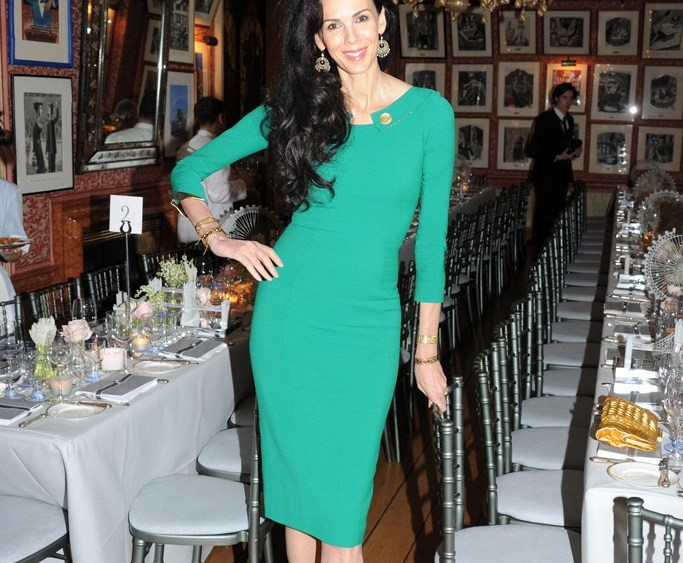 “The cupcakes — everyone loves the cupcakes. Because at the end of the day, they make you feel good,” Christian Dior chief executive Sidney Toledano said Thursday night in London, where he cohosted a dinner with Dior Parfum’s Claude Martinez marking the opening of a major in-store collaboration between Dior and Harrods.

Toledano was referring to the Dior-themed fashion cupcakes created as part of the month-long event, which includes nine pop-up shops, a host of exclusive products and 33 bespoke window displays at the Knightsbridge store.

Anderson, who was decked in a cream Dior dress with a peplum, admitted she didn’t know about the designer cupcakes — yet. “But I think it’s better to eat them before you buy your Dior dress,” she said.

“My first memories of Dior were the suits my mother wore — and I still have some of them,” said Scott, adding that she’s been working tirelessly ever since her show at London Fashion Week last month. “We went straight into sales and I am on the treadmill,” she said.

McGovern has been juggling her singing career with band Sadie & the Hotheads with shooting the fourth season of “Downton Abbey.” “We are warming up tomorrow night for Gretchen Peters — the best songwriter in the world — at Queen Elizabeth Hall,” said McGovern, adding that the band would be playing in July at the Cornbury Music Festival in Oxfordshire.