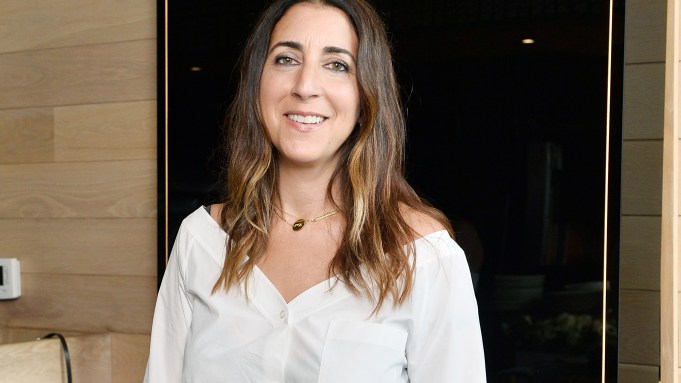 As Andrea Lieberman heads into her 10th year in business with her contemporary collection A.L.C., she’s staking a significant claim in brick-and-mortar retail with three stores planned for this year. The first opens April 6 at 53 Greene Street in SoHo, New York. The second and third stores will open later this year in Los Angeles, the first in downtown L.A., the third in the Palisades Village retail complex.

“It feels like the culmination of 10 years of growth and looking forward to the next 10 years,” said Lieberman. “The next 10 years should be focused on growing with our customer and the stores have been conceptualized and designed with her in mind — everything from the lighting to the dressing rooms to the warm, comfortable atmosphere.”

Lieberman is based in Los Angeles, but was born and raised in New York. “I’m incredibly happy New York is the first store, since I’m a New York native and sort of grew up running around SoHo,” she said. The Greene Street store is 2,300 square feet and was designed with architecture firm Janson Goldstein. The décor reflects Lieberman’s New York roots and California lifestyle with archways, skylights and vintage furniture, as well as California-made fixtures in concrete, marble, and travertine, and velvet done in shades of pink, off-green and rust.

The three stores will have very different vibes, but similar décor. The downtown L.A. store will be more conceptual, where Lieberman plans to host events. “Downtown L.A. is where I started the company, it’s the creative pulse of the company,” says Lieberman. “It’s got so much life and is grown and changing, and I think it’s just so, for lack of a better word, cool. The Palisades store speaks more to the coastal California vibe where my home is now with my family. It’s much more laid-back and relaxed, a beach-y community but a sophisticated one.”

Lieberman launched A.L.C. in 2009 after a successful career as a stylist, often working with celebrities and musicians. In 2015 she sold a majority stake to InterLuxe, an investment arm of Lee Equity Partners established by Gary Wassner of Hilldun in 2014. InterLuxe also took a controlling interest in Jason Wu prior to investing in A.L.C. Establishing e-commerce and A.L.C.’s own retail presence has been part of the strategy since the time of InterLuxe’s offer.

“Our enthusiasm for retail is a result of the brand’s growing commitment to direct to consumer; with double-digit growth since inception, we expect to see at least a 20 percent increase in sales as a result of brick and mortar,” said A.L.C. chief executive officer Jonathan Saven. “All facets of the brand will come together in a visually compelling way across each store, offering our customers a robust, physical experience of A.L.C. for the first time.”