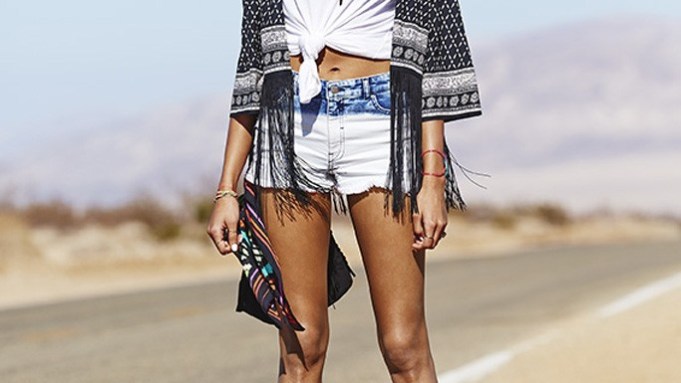 WWD got a preview of some of the looks set to roll out next month as part of the H&M Loves Coachella collection.

The cobranded line of men’s and women’s merchandise marks a first for the Swedish-based retailer and the Coachella Valley Music and Arts Festival. This is H&M’s sixth year as a sponsor of the festival, which is held in Indio, Calif.

The collection, priced at retail from $4.95 to $49.95, debuts March 19 in 350 stores in North America. It becomes available globally and online starting March 26. Exclusive items will also be sold at a pop-up shop in the H&M tent during the festival, which runs April 10 to 12 and 17 to 19.

“The H&M Loves Coachella Collection really brings to life the spirit of the festival, whether you’re there or somewhere else around the world,” said Ann-Sofie Johansson, head of design and new development at H&M.