A Mission to Eat Well

The Mission is no longer a garment center, but fashion remains a driving force in this San Francisco district. 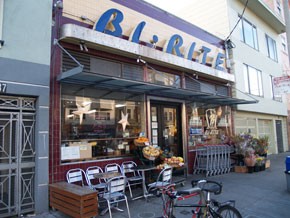 The Mission is one of San Francisco’s largest neighborhoods and former home to the city’s once-thriving garment assembly sector. But fashion hasn’t left this diverse cultural hot spot, which is home to several designer ateliers, indie boutiques featuring their wares and a number of vintage clothing stores.

Cafes, used bookshops and art galleries flavor a palm tree-lined promenade along hilly Dolores Street, and old movie marquees are spaced among the Latino and Caribbean bodegas on Mission Street, where the annual Carnaval parade this year will be May 25.

Besides cheaper rents and being the warmest neighborhood, the Mission is also home to some of the city’s best food. WWD asked a few local designers for their favorite haunts, and, of course, what they’re sketching for fall.