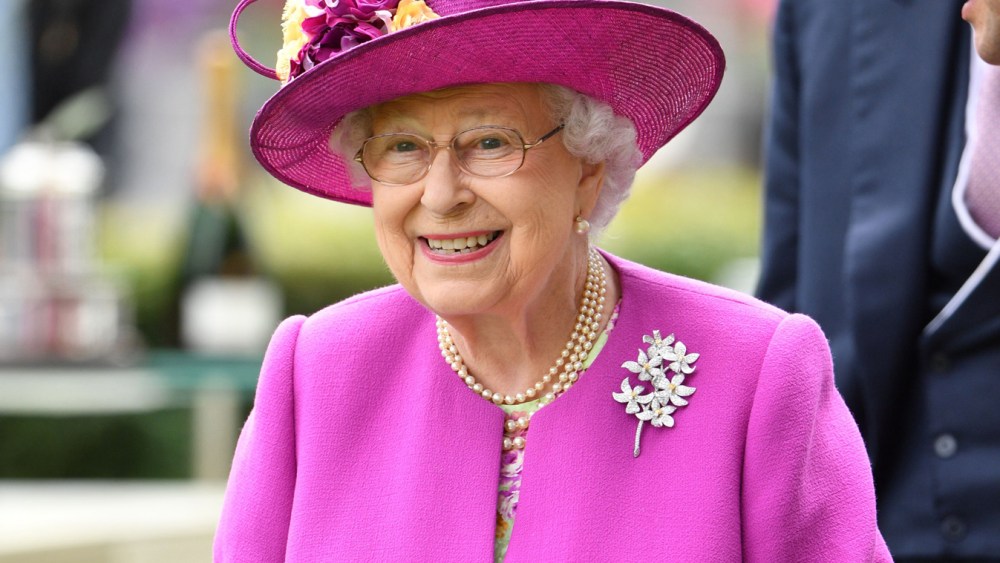 LONDON — Forget the wedding trinkets — the Harry and Meghan paper dolls, his ’n’ hers Pez dispensers, souvenir china and commemorative Whole Foods bags — the British royals have evolved into a mighty brand at retail, at the high end, the low end and everything in between.

Their secret? Strength in numbers.

Although much has been made of Meghan Markle’s power to move merchandise, the bride-to-be is just one member of an aristocratic clan that is proving ever more cash-generative. Branding specialists and retailers alike argue that people trust the royal brand starting with the monarch herself straight down to newborn Prince Louis.

“The Queen is a symbol of longevity, stability and trust,” said Rita Clifton, the branding and advertising expert. “The newer, younger members of the family modernize the image of the U.K. and bring dynamism and style that’s also helpful to our reputation around the world [rather in a way that Princess Diana did]. On a practical and financial level, the royals ‘sell’ products — obviously not directly as that would be vulgar.”

Gone are the days when the family was seen by the public as fusty, stubborn and closed-off. They’ve ripped a page, it seems, from Princess Diana’s book, ramping up the glam factor, embracing brand names and welcoming, rather than hiding from, the spotlight.

Clifton added that it’s not only fashion brands that benefit from the Windsor family halo. “Estimates suggest that the royal family is worth more than $60 billion, and contributes nearly 1.8 billion pounds to the U.K. economy every year,” she said. “This can be from tourism, royal warrants and informal endorsements. They also inspire revenue-generating TV series such as ‘The Crown’ and ‘Victoria.’ And this creates a virtuous circle of interest — and mystique.”

According to figures from Ibisworld, a market research firm, the wedding of Prince Harry and Markle is expected to generate 561 million pounds in retail revenue. Ibisworld has also forecast that commemorative items such as ceramics, dish towels and stemware will be the largest segment, generating a projected 205 million pounds. Windsor and its environs, where the wedding is taking place, is set to see a surge in tourism, according to figures from Airbnb.

The firm noted that Windsor, which is about 25 miles from central London, will see a spike of 200 percent in short-term rentals compared with May of last year, while Slough, a small town near Windsor that’s home to Harry’s alma mater, Eton, will see an increase of 1,400 percent during the wedding weekend. A few miles away, the commuter town of Maidenhead will see its short-term rentals rise 360 percent.

The New West End Co., a lobby that represents retailers around Regent, Oxford and Bond Streets, have said they anticipate a 60 million pounds sales boost for central London shops, hotels, bars and restaurants due specifically to the royal wedding. “We expect even more visitors, both international and domestic, will be drawn to the West End to join the celebrations,” said Jace Tyrrell, chief executive officer of the New West End Co.

It doesn’t take a wedding, engagement — or the birth of a royal baby — to get people spending. Every time the Duchess of Cambridge and her children are seen in public, it’s a photo opportunity — and payday for the brands that mother and children are wearing.

It’s been well documented that high-street labels such as L.K. Bennett, Reiss and Whistles saw sales surges or web site meltdowns when the Duchess of Cambridge wore their designs. Prince George and Prince Charlotte have generated sales for labels such as Crocs, Rachel Riley, Little Alice London, JoJo Maman Bébé, and the department store John Lewis. There is no doubt that little Prince Louis is a money-spinner in the making.

Children’s wear brand My 1st Years cofounder Daniel Price said the brand’s blue gingham bathrobe that Prince George wore when he met President Obama sold out in seven minutes. When it was made available again for pre-order, the company sold as many as one per second. “The sales and hits we experienced when Prince George wore our robe in 2016 was pretty special, it really was a moment for us,” he said.

According to a report by Brand Finance, Princess Charlotte contributes 100 million pounds to Britain’s economy per annum with Prince George kicking in 75 million pounds.

The report also noted that the commercial impact of the royal children will grow with them, especially as they start making their own choices of what to wear, where to go on holiday and with whom to party.

Brand Finance also said the arrival of Prince Louis will boost the British economy by 50 million pounds this year. David Haigh, ceo of Brand Finance, referred to Louis’ birth as a “tremendous marketing opportunity for British producers and retailers of baby products who can reference the royal baby in their promotional campaigns.”

Katy Lubin, director of communications at Lyst, a global search engine platform, pointed to Google trends and searches for Rachel Riley, which spiked 149 percent after Princess Charlotte wore a dress of hers for a tour in Berlin in July. “This next generation is going to have the same sort of fashion power as their parents and elders have,” Lubin said. “I think we’ve seen it in maternity wear, certainly with Kate. It’s causing some maternity items to spike in sales. So, absolutely, there’s an ongoing precedent that the next generation will carry on this legacy.”

Riley said the royal family have always been associated with style and glamour, so it’s no surprise that people want to mirror this in their own lives. “Whenever Prince George was pictured wearing our outfits, there was certainly a positive effect on the business overall as well as a spike in sales in the particular items that he wore. Traditionally, we have always sold more girls’ wear, [but] the way Catherine dressed Prince George changed the way people looked at boys’ wear. He has certainly been trend-setting for this traditional style.”

Richard Fitzwilliams, a British public relations consultant and royal commentator, said the “Princess Charlotte effect” and the “Prince George effect” are absolutely huge. “They are also global, hence the soubriquet that George and Charlotte are the world’s most influential toddlers,” Fitzwilliams said. “Princess Charlotte, being female, has a more substantial effect than George as the female fashion market is larger.”

Branding expert Clifton argued that royal babies are only assets to the royal brand. “In marketing speak — they are innovations who help renew interest and bring excitement to an established brand,” Clifton said. “In human terms, they’re just adorable.”

Industry observers are also looking at whether the style differences between Kate Middleton and her sister-in-law, and whether that will be good — or bad— for the royal brand.

Clifton noted that the duchess and Markle are two very different personalities. “This is a potential advantage to the new generation of the royal family brand: One more conventional and classic, one more edgy and extroverted. They can appeal across a good spectrum of consumers. There is clearly an element of risk with Meghan Markle, which adds some sparkle, glamour and excitement, but also an element of danger — something for the royal managers to manage.”

Peter York, the journalist, social commentator and author of books including “The Official Sloane Ranger Handbook,” doesn’t feel that the duchess and Markle are directly competing.

“I like the idea of a lineup,” York said. “I think together they make a stronger impact. I mean they’re saying ‘This is modern Britain.’ I think it’s good. I think Meghan Markle has sort of won the British public. She’s been on TV: They like people who’ve been on TV. And the biracial thing is more resonant in this country here than in any other developed country because we are more biracial. This is where we are fantastic.”

Katy Lubin of Lyst said it’s a question of “the bigger, the better” with regard to the two royal wives. Like Clifton, she believes they’ll appeal to different consumers.

“With Kate there was this very sort of strong, replicate thing where people were trying to get their hands on the exact item,” Lubin said. “Especially if it was something at a lower price. So we saw these enormous demands on the exact pieces from brands like Reiss and L.K. Bennett, and the items being stocked and restocked and selling out again. But with Meghan, what’s interesting is that there’s a bit more of a halo effect.”

Although Markle is said to work closely with her pal, the Canadian stylist Jessica Mulroney, on some of her outfits, royal sources said the American bride-to-be does not work with a stylist.

Fashion search engine Tagwalk reported that luxury handbag label DeMellier experienced an “incredible response” after Markle was photographed in their Mini Venice green bag on that day and saw visits to the web site increased by 2,000 percent. The Mini Venice style was sold out in the green and other colors and is currently on back order.

According to figures from Ibisworld, the Markle effect is projected to bring in 150 million pounds in revenue for British footwear and clothing retailers this year.

Clifton said that while the royal brand may be strong, it still has to be managed well. She believes Markle’s future impact on clothing and accessories sales “will depend on how she continues to manage her personal brand in a transparent digital age. It’s becoming more challenging to manage the effects of over exposure.”

The duchess appears to have nailed that particular strategy already.

Founder and head designer of maternity brand Séraphine Cecile Reinaud said every dress or coat that has been worn by the duchess sells out within hours. “What is even more extraordinary is that these styles stay bestsellers for several years,” Reinaud said. “Showing that the Kate effect totally transcends fashion trends and normal fashion cycles. A majority of women want to own some pieces in her wardrobe that have been worn by Kate, when you put them on you will always feel like a million dollar lady even if the dress is from a high-street brand, that is the magic of the ‘Kate effect.'”