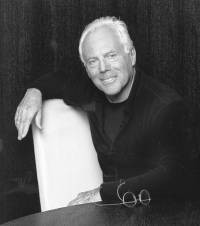 WWD talked to designers and executives about the impact Neiman Marcus has had on their businesses and the industry.

“I have always enjoyed a strong working relationship with Neiman’s. They were one of the first department stores to believe in my fashion and remain one of my biggest partners in the U.S.

“In fact, we are currently expanding our Giorgio Armani distribution with them and have recently launched the Armani Jeans collection in the U.S. through more than 30 doors.”

Domenico De Sole, chairman and chief executive officer of Gucci, has particularly fond memories of when Burt Tansky came to visit Gucci’s store on Via Montenapoleone in 1994, when De Sole and Tom Ford were reinventing Gucci as a brand and modernizing the company before its initial public offer in 1996.

“Neiman’s has also emerged as a great partner for Gucci’s other brands, like Bottega Veneta and Yves Saint Laurent. I really think Neiman’s understands the luxury and fashion industries.

“I think Burt has proven to be a really good merchant. I am really grateful.”

Robert Chavez, president and ceo of Hermès of Paris:

“We’ve had a really excellent relationship with Neiman Marcus for many years. For Stanley Marcus’ 80th birthday, Jean-Louis Dumas sent Stanley Marcus a box of 80 ties, one for each year of his life….When Mr. Dumas didn’t hear anything from Mr. Marcus, he was concerned and called him. Mr. Marcus said he was in such awe of it that he left it at the foot of his bed to look at every night when he went to sleep.

“When I started my company 21 years ago, Neiman Marcus picked up my collection right away. They are an incredible retailer with impeccable service and a superb selection. Neiman Marcus has always been at the forefront of taste.”

“As a European coming to America, Neiman Marcus is like the dream store. It’s that famous American store where you can buy a white elephant at Christmas, it has that mystique.”

“Neiman’s has been amazingly supportive from the beginning and we’ve been shipping to them for three years. They’ve come in and bought both evening and day dresses since day one, and that’s invaluable when you’re starting a business. They are consistently known for a level of taste and quality for their discerning customers, and they’re always looking for the best possible merchandise mix.”

“Neiman Marcus has helped St. John maintain and build the image of a U.S. luxury brand. Through the efforts of senior management, especially Burt Tansky and Ann Stordahl, the store has supported our business. Tansky even took the time to come to New York to present my family with a Lifetime Achievement in American Fashion award.”

“Neiman Marcus means prestige. It has a huge visibility and it’s really important to be there. The store has a strong influence on the fashion market and industry. Neiman Marcus is reliable and has a strong reputation for high-quality products. Neiman Marcus brings the product anywhere in the U.S., even in those places where there is no store, with tools such as e-commerce and mailing. NM also offers an excellent service, sending salespeople to your house with clothes to try on. We are proud to be there.”

“Doing trunk shows with Neiman’s has really helped my design capacity. They made me relate to the real needs of customers, and to see that I was on target with the trends.

“Through Neiman’s trunk shows, I have learned to become a spokesperson for my own collection. I was shy, but watch me now…I am on full charge at a trunk show.

“The amazing thing about Neiman Marcus is that each city is so different, but they all have this central brain. The best customer alive walks through those doors, so as a designer, you have to be very fashion-forward.

“It’s like the Broadway song. If you can make it at Neiman Marcus, you can sell it anywhere.”

“Neiman Marcus has been instrumental in helping us build our business. While many stores have simply sold our product, Neiman’s has been our partners in the truest sense of the word. They are always looking for that exclusive product for their customer, and to raise the bar on originality and quality. Even in difficult economic times, they put originality and the quality of product first, which makes them a rare presence in the retail world.

“Neiman’s doesn’t try to be everything to everyone. They are always questioning what is appropriate for their customers in the climate of the times. They try to drive designers to meet what they believe are the needs of their customers.

“We often launch and test collections at Neiman’s. For example, recently we tested our jewelry with chalcedony and lemon citrine there.

“We have also had some extremely successful trunk shows there, where we have done upwards of $300,000 to $350,000 in a two-hour period. Now, we have in-store boutiques, which is a great showcase for us.”

“It takes quite a while for Neiman Marcus to feel secure with you, but once they do, they get behind you all the way. A lot of stores come in and say, ‘We like this, but could you change the sleeve, make a higher back, change the neckline or make it less sexy?’ but Neiman Marcus likes the clothes the way they are. They believe in the designer’s vision and building a customer base that understands what that is. It’s not a watered-down effect of what they think the designer should be.”

“They always want to know what they can do to make the business better. It trickles down from the top. Not only is the office in Dallas filled with great people, the people in the stores, the department managers, even the people who do the receiving are terrific.”

“Neiman Marcus is very consistent in its buying. They specifically buy for a target that they know very well. There is always a lot of enthusiasm from their sales force. They are very responsive to people coming from Europe, learning who the designer is and what the brand is.”