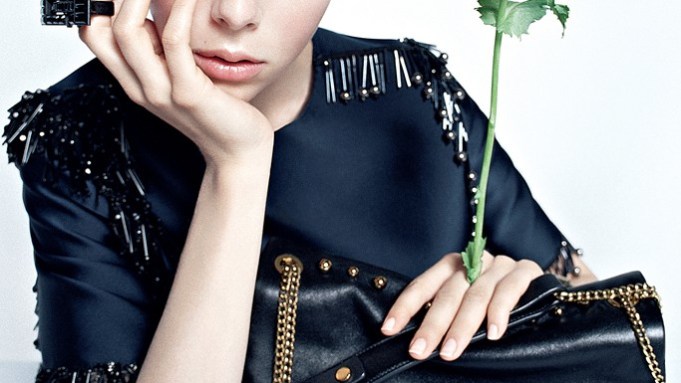 Since his arrival at the helm of Lanvin, Alber Elbaz has been systematically ramping up the house’s accessories department — slowly, without the intention of forcing it, and sometimes “by coincidence,” as he put it.

To wit: For his first show, the designer needed shoes. “I was doing the fittings, there were so many pins on the floor and I wanted to protect the feet of the model, so I bought ballerinas,” he mused, adding that “in the end, it was just about protection and nothing else.”

The auxiliary footwear happened to be Repetto’s, which led to a collaboration with the fabled French ballet brand. Today, the butter-soft leather flats with elastic seams that were born out of that partnership rank among the house’s greatest “It” items, much like the versatile sneakers created by Lanvin men’s wear designer Lucas Ossendrijver. Those sneakers, having quickly crossed over into the women’s collections, now top the bestseller lists on both ends of the gender binary.

“The accessories business was really small before we came. It really started with Alber,” remembered Elie Top, a former Yves Saint Laurent colleague whom Elbaz tapped as jewelry designer the same year he arrived. As for his part, Top said, “The Nineties marked the death of costume jewelry, but Alber put it back on the runway — he loves jewels.”

Elbaz also reorganized the studio, paving the way for full-grown accessories collections. Today, they represent 40 percent of the company’s global turnover, and Elbaz oversees it all.

“We are like satellites gravitating around him, all together on the same floor,” said Top — and, naturally, “we influence each other.”

Cue the Happy and Amalia bags, unmistakably Lanvin, done in quilted leather and featuring a grosgrain ribbon, a bow and a chain — ornaments that can also be found in the ready-to-wear and jewelry collections.

Historically, the attention paid to the category is a significant step forward. Although Jeanne Lanvin started as a milliner, accessories were never her focus. She reckoned the dress, intricately embroidered by an in-house team and at times wildly colorful, was a gem in itself.

In an homage to the founder, in his first two years at Lanvin, Top worked with fabrics to conjure necklaces that were meant as a continuation of the garments, before gradually moving toward bolder statement pieces.

“It’s normal, it’s fashion,” he said. “There is so much lightness about a Lanvin dress, it’s like a soufflé, and I thought it needed an anchor to ground it.”

It was a good move. Ranging from Art Deco chokers to more pop culture-inspired items, such as the “Love” and “Cool” necklaces, which are said to have sold out within weeks, Lanvin jewels have become collector’s items under Top’s aegis.

But Elbaz is on a mission to propel even more eyewear, shoes and leather goods to the status of “It” items.

This year marks a milestone in the couture house’s history. For the first time, a bag is in the spotlight of a major ad campaign, said to include global print media, billboards in Hong Kong and New York City buses.

The soft leather Sugar handbag with metal chains and studded edges is slated to hit Lanvin boutiques at the end of October.