While most 29-year-olds dread the big 3-0 — some putting it off for years — designer Thakoon Panichgul will happily admit it’s been great for him, life-changing even. He hit the milestone within days of presenting his first full... 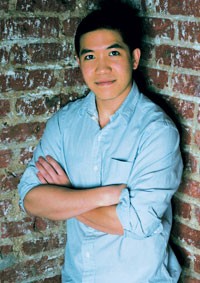 While most 29-year-olds dread the big 3-0 — some putting it off for years — designer Thakoon Panichgul will happily admit it’s been great for him, life-changing even. He hit the milestone within days of presenting his first full Thakoon collection in September, and his soft, ladylike looks had onlookers intrigued. The line was picked up at Barneys New York, Kirna Zabête, Jeffrey New York and Selfridge’s and Harvey Nichols in London, as well as several Japanese boutiques.

“It was a good birthday,” he says with his typical soft-spoken understatement. But Panichgul didn’t just get lucky. His entrée into the design world was a well-calculated, well-executed plan. After all, last year at this time, he was fashion features editor at Harper’s Bazaar. While covering other designers, he took night classes at Parsons; before that, he did press for Yeohlee, managed merchandise at J. Crew and graduated with a business degree from Boston University. With the fundamentals covered, Panichgul placed himself in a solid position to stay the retail course.

“You know, it’s all fine and good to be creative and artsy,” he states. “But you have to sell it.” And it’s keeping that fine balance that he thrives on. “Fashion is a commodity. The end result isn’t to just get it covered in magazines or worn by celebrities,” he says. “It’s to have people go and buy the clothes and wear the clothes — that’s fulfilling.”

It’s also what the city’s top retailers are banking on, believing that Panichgul’s looks will have cash registers cha-chinging this spring. “Beyond a shadow of a doubt, it looked like nothing else,” Jeffrey’s Jeffrey Kalinsky says of his encore viewing. “It had a singular point of view — sophisticated, chic, modern, cool.”

Kirna Zabête owners Beth Buccini and Sarah Easley had a similar response. “We just died over it,” Buccini says. She’s eager to see his presentation Sunday, when he’ll send out a fall lineup of what he’s calling “new-classical and new-Tokyo,” a mix of punchy colors, lacy layers and familiar silhouettes, such as a pair of crisp white, wide-legged trousers done in 100 percent bamboo and a flirty pink satin jacket with a black lace overlay. Retail prices run from a $225 T-shirt to a jacket at $1,800.

For the designer, though, this is all part of the plan.“Looking back at it, I feel like it was gutsy. It’s great that it’s gotten this far,” he says, echoing what so many before him have said. “But if I knew then what I know now….”