This year’s crop of graduates are launching careers in many corners, including Paris and New York. 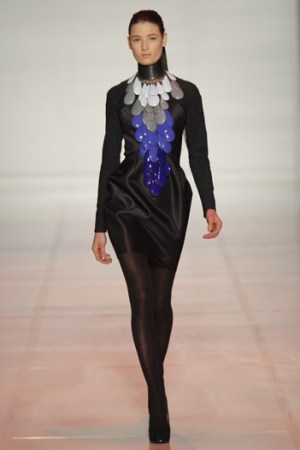 SAN FRANCISCO — After showing their talent under a South of Market runway tent last weekend, this year’s crop of Academy of Art University fashion school graduates in the City by the Bay are launching careers in many corners. However, an informal survey by the school found most students have eyes on New York, either with jobs, internships or expectations of finding work there. Among those who are New York-bound are B.F.A. graduate in men’s wear Stephanie Duarte and knitwear major Baron A. Davis, who landed internships with the atelier of men’s wear designer Andrew Buckler. Heading to Paris as interns include knitwear designers Peter Loc Tan Nguyen and Drew Williams, as interns at l’Ecole de la Chambre Syndicale de la Couture Parisienne. Maggie Mo Luo, a fashion and knitwear design major, is also going to the City of Light to intern at Sonia Rykiel.