A growing number of high-end firms tout savoir faire and a good bargain. 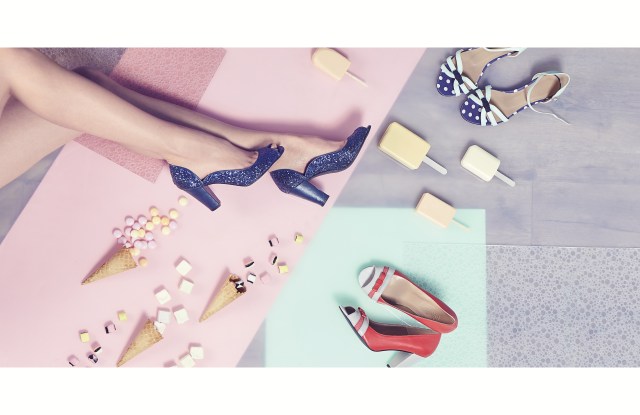 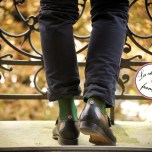 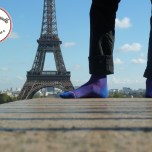 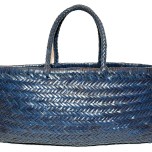 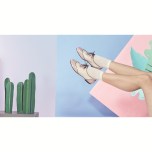 PARIS — Some of Europe’s most experienced accessories manufacturers are trying on something new for size — their own brands.

The tactic helps specialized factories, some of which have for years been supplying luxury and designer labels such as Hermès, Prada and Louis Vuitton, survive in a highly competitive environment. And they claim to have a ready audience, as consumers hunt for authentic craftsmanship — and a good deal.

“We’ve been manufacturing shoes for the past 35 years. Having our own product allows us to show off our savoir faire and expand the company,” explained Charlie Machado, who runs the French-Portuguese shoe manufacturer Demespies.

Launched for fall 2015, Demespies’ Avellino brand offers a series of novel constructions such as cork wedges covered with leather that look like a wood, only much lighter.

Machado said buyers like to work with a company like his because they know he will deliver. “Many brands have been producing in China, especially their second lines, but they can’t do in Asia what we do and it’s starting to get expensive. We have lately been approached by brands more than usual,” he said.

“It’s back to the source” for Franck Couturier, president of Perrin, the storied French socks-maker, which is run by the same family for four generations. “What we are seeing today are too many brands that are too expensive, worth only a fraction of their retail price,” he said.

A pair of Perrin socks, which are finished by hand and marketed by size — “We are the last ones to do it in France,” asserted Couturier — starts at retail from 4.60 euros, or $5.20 at current exchange.

“Berthe is a great example of the advantages you can get on both sides. We used to only supply the label, but eventually became a partner of Régis Gautreau, its founder, with the result that today the brand represents 45 percent of our group sales,” Couturier noted, citing joint research and development as key. “We have the savoir faire, 100 percent made in France, which especially young labels are very keen on today. At the same time we are open to producing small series, which is essential for smaller brands. Meanwhile, they bring in fresh design ideas. And that’s how 90 years into the game we are still here, while everyone else has disappeared.”

The sock artisan has recently opened seven concept stores distributing its four brands, which each specializes in a different area, from technical to fashion. E-commerce launched in 2015. “The legwear market has become very sophisticated, with lots of opportunities. In the last four years, sales grew 200 percent,” he said.

Making its French expertise available to a larger customer base was the main driver behind Le Soulier Français, which scooped up the factories of French shoe labels Charles Jourdan and Stéphane Kélian in 2015, without buying the brands themselves.

“We already had our own brand Ellips, and we are about to launch another, simply called Le Soulier Français [or The French Shoe] by the end of 2016. While Ellips is more fashion, the new label will have a more neutral, purely artisanal flavor. Its main purpose will be to show off our skill and to encourage brands to bring production back to France, from Italy, Spain and even Asia,” explained Xavier Porot, the company’s president, citing hand-braided leather among its skills.

Having a private label has very practical advantages, he added. “It’s a way of guaranteeing work year-round at a time when most shoe factories have gone out of business. Also, because we produce our own collections, we can say: ‘Hey, we understand what it takes. We can help you manage.’ It’s about service.”

Porot argued fashion has come to a major crossroads: “The fast-fashion movement and growing competition are forcing us to restructure in terms of logistics, supply and production. One of the reasons why good factories have shut down is because they were stuck in the old system: samples, prototypes, seasonal products — there was a designated time for everything, but that’s no longer how it works.” A multibrand factory, especially one close to home, is more flexible, he asserted.

Le Soulier Français has entered into a partnership with Compagnie Vosgienne de la Chaussure, which inherited the André factories dating back to 1896, to be able to produce larger volumes, up to 500,000 pairs a year. This May, the manufacturer is set to open a concept store in Paris’ Marais district showcasing the brands it collaborates with.

“This is not a movement restricted to fashion — it concerns food and literature and other cultural domains,” he observed. “We are entering into an age where it’s no longer possible to fool anyone. This includes the price. It has to correspond with the quality of the product, and that’s per se what the manufacturers are good at. If you cut the intermediary, which is easier than ever before viewing that you can talk directly to the consumer via social media, you can slash prices by at least one-third.”

But serving a larger customer base is also the biggest challenge, said manufacturer Craig S. Wright, who has been lending his leather weaving skills to a handful of French luxury houses. “Five hundred to 600 of our weavers work from home. It’s easier to handle one big order than suddenly get 250 small rounds asking for different colors, for instance. The structure is different,” he said, adding: “We did have some customers that we decided to [let go].”

Wright said his handbag and shoe label Dragon, which today represents between 30 percent and 40 percent of his total volume, was born naturally. “In the beginning it was all unfinished product, but when we started showing shapes, more and more customers would take this or that as it was, which I was quite proud of. But in the end it was a bit easy for them, I thought.”

He acknowledged that it’s a delicate balance juggling the company’s private label with other brands on its production lines. “I try very much to respect my manufacturing customers because they are my bread and butter. Today, they know Dragon and they know we are not competing on the same level. The quality is the same but the marketing focus is different,” he said.

Case in point: J. Crew, a former customer, this season picked up the manufacturer’s handwoven totes — to sell in their own stores under the Dragon label.

“Having your own product is a great marketing tool and the only way to generate more revenue for the company, because it is getting harder and harder to get paid [for our services],” noted Simon Hjälte, creative director of Swedish tannery Tärnsjö Garveri, which launched its private men’s label in 2014.

“But it’s also a trap,” he cautioned. “Most manufacturers underestimate the aesthetic element. By cutting out the middle man you can provide quality at a lower price level, but you still have to respect branding and design.”

Tärnsjö’s wholesale business, based on masculine, hand-finished leather goods, is growing steadily. Already available at Net-a-porter, the tannery is to add Matchesfashion.com and Harvey Nichols to its network this year. The firm hopes to grow the label, which accounts for 5 percent of total turnover, to 25 percent over the next five years thanks to new styles.