The nuances of cultural appropriation too often get drowned out in the "hurricane of social media."

The nuances of cultural appropriation too often get drowned out in the “hurricane of social media,” underscoring the need for reasoned and calm dialogue first, accusations later, according to British fashion lecturer Teleica Kirkland.

The furor over Adele’s outfit to mark the canceled Notting Hill Carnival — a Jamaican flag bikini, and her hair in the traditional African hairstyle of Bantu knots in the masquerade spirit of the Caribbean festival — offers a good case study, said Kirkland, associate lecturer in cultural and historical studies at London College of Fashion.

In her estimation, the signposts of appropriation — “the making of money and the non-acknowledgement of culture” — were not met in this instance.

Yet when the “Rolling in the Deep” singer first posted the photo on Instagram last August, “Americans, African-Americans largely, were on the Internet and on Twitter shouting.”

She characterized North American culture as “very loud” and “pervasive” in the world — and “went out on a limb” to say that Black Americans “do not understand Black British culture,” which is often commingled with Caribbean culture.

Kirkland explained that Adele grew up on a council estate (low-income housing) in Tottenham, a working-class neighborhood in London with a high concentration of Black people from various countries, so she would have donned the outfit and hairstyle with a knowledge and appreciation of the culture.

More crucially, Adele did not profit from the celebratory post, nor mock or exploit the culture in question, which is why many Black people from Britain and Jamaica ultimately came to her defense on social media, including model Naomi Campbell and actress Zoe Saldana.

“She’s doing what she would usually do,” Kirkland said. “She’s not making anything out of doing that. She’s just enjoying herself.”

Nuances about cultural appropriation get lost “because everything gets swirled in together with Black Lives Matter protests and shootings, defunding the police, removal of colonial statues, and everything else that happens,” she said. “We need to just pause and think about what it is we’re saying.”

Moreover, she encourages people to talk with each other and empowers her students to throw cold water on overheated, misguided discussions that might explode on social media. 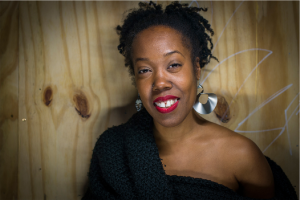