Affluent Chinese Shoppers Are Everywhere in Asia, Except Hong Kong

SHANGHAI — The international departures gate at major Chinese airports are some of the country’s most fertile ground for fashion moments.

The typical getup for an affluent Chinese on a weekend getaway could consist of a Balenciaga logo sweater, Gucci sneakers and Burberry TB monogram puffer jacket and accessorized with a Cartier Juste un Clou bracelet, Gentle Monster sunglasses, Bottega Veneta Arco bag, and Rimowa luggage. The destination? Cities such as Tokyo, Seoul, Singapore and Bangkok, which are situated within a reasonable few hours journey and offering a galore of shopping options and lower luxury consumption taxes.

Hong Kong and Taipei used to be on the list, too, but a recent ban this July on travel for personal purposes to Taiwan issued by Beijing and the pro-democratic protests in Hong Kong have turned wealthy mainland Chinese away.

China’s outbound tourism market is expected to reach $365 billion by 2025, according to Research and Markets, with the top five destinations in 2018 — Hong Kong, Thailand, Japan, Vietnam and South Korea — accounting for more than 35 percent of total Chinese outbound tourists.

But this year, Hong Kong is unlikely to figure high on the list. Carrie Lam, chief executive of Hong Kong, said last week that the city has gone into technical recession and won’t mark growth in 2019, and tourist numbers have fallen about 50 percent since August.

The pro-democratic protests, now in their sixth month, have been marred by increasing violence, with luxury malls frequently figuring as the battlegrounds of the struggles. There was the first recorded death in relation to the protests over the weekend, and on Monday, two people were seriously injured in separate incidents — one by the police, and another by the protesters themselves.

What’s more, in the past the protests tended to be weekend activities and only turned violent in the later hours in outer suburbs. This week in a troubling sign, the unrest came to the heart of the city’s business district, disrupting the workday.

Ctrip, China’s largest travel booking agency, said Japan was the top outbound destination during the seven-day national holiday from Oct. 1 known as “Golden Week,” and Tokyo, Singapore and Bangkok were the top three travel destinations for residents from the first-tier cities of Beijing, Shanghai, Guangzhou and Shenzhen. Hong Kong and Taiwan ranked third and seventh place, respectively, in last year’s list. This year, there was no mention of them in the report. 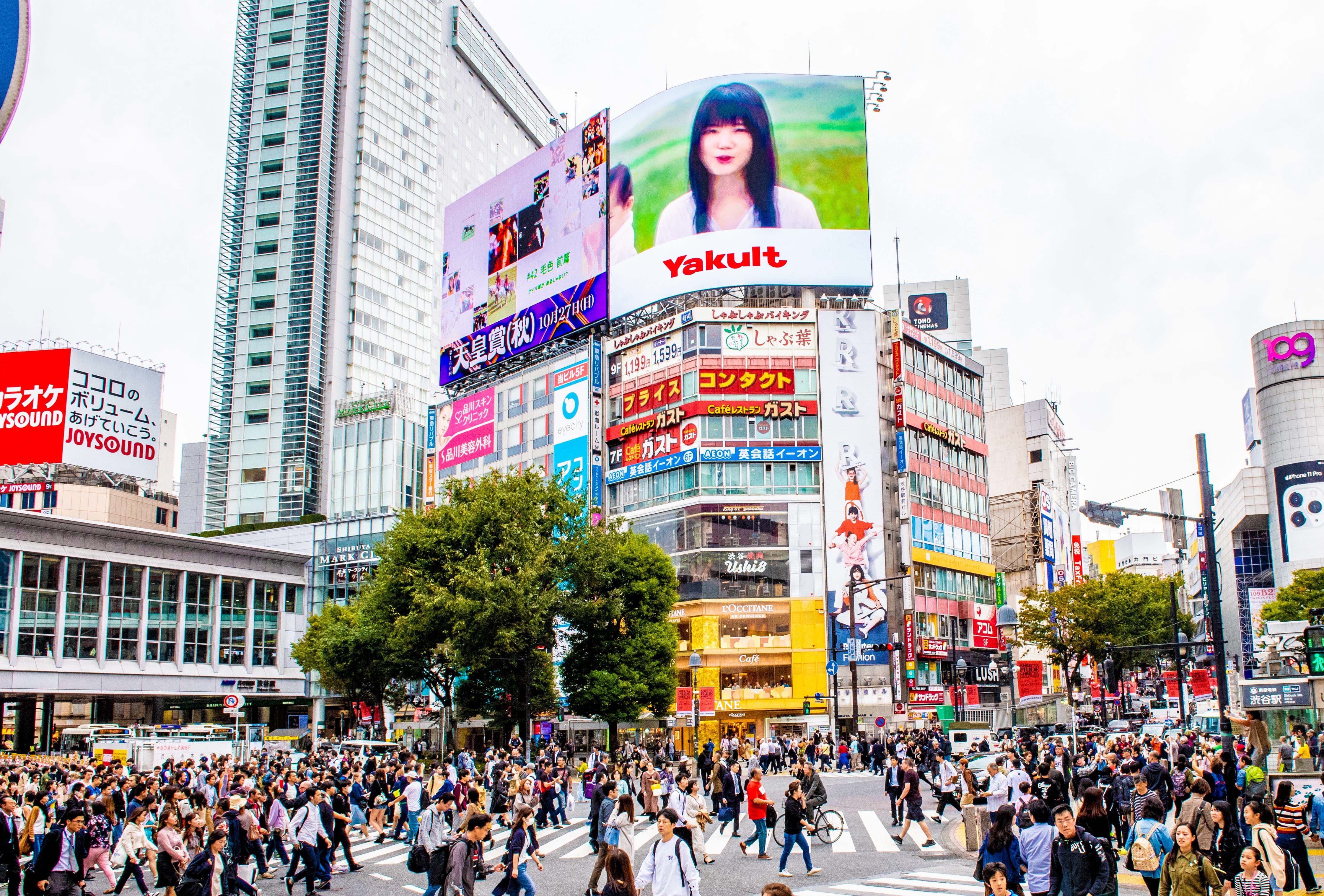 Shibuya Crossing in Tokyo, the busiest intersection in the world.  Shutterstock

“I wouldn’t go to Hong Kong for leisure,” said Lin Guan, the fashion designer behind the Chinese label Short Sentence. “In fact, I stopped going there for holidays in 2014.” That same year, the umbrella movement broke out.

Guan said she used to go to Hong Kong at least twice a year for shopping and food. Now she prefers Tokyo, Seoul, Singapore, Sanya in China’s Hainan island, Bangkok or the boutique resorts at Koh Samui of Thailand for a short holiday.

On one recent weekend, she flew to Tokyo. “It’s just super convenient for people who live in Beijing and Shanghai to fly there. I like to go to areas like Aoyama, Ginza, Shinjuku and Daikanyama. There are so many lovely vintage shops in Daikanyama and I always go to La kagu in Shinjuku,” she said.

Rui Zhang, buyer and VIP project manager at Première Classe, who recently returned to Paris from Tokyo, said Chinese shoppers are not only snatching up luxury handbags and skin-care products, but are also buying home appliances such as hairdryers, beauty instruments, rice cookers and automated toilet covers. “But I don’t think Chinese shoppers have peaked in Japan yet. I still see way more Chinese tourists in Paris’ Galeries Lafayette,” she added.

Moquee Nyanya Joon, founder of brand consultancy firm Monqueekorea and a former buyer at Boon The Shop in Seoul, said despite cooler relations between China and South Korea due to the deployment of the anti-ballistic missile defense system THAAD in 2017, one can still “find more Chinese people than locals in Boon The Shop or Galleria department stores.” 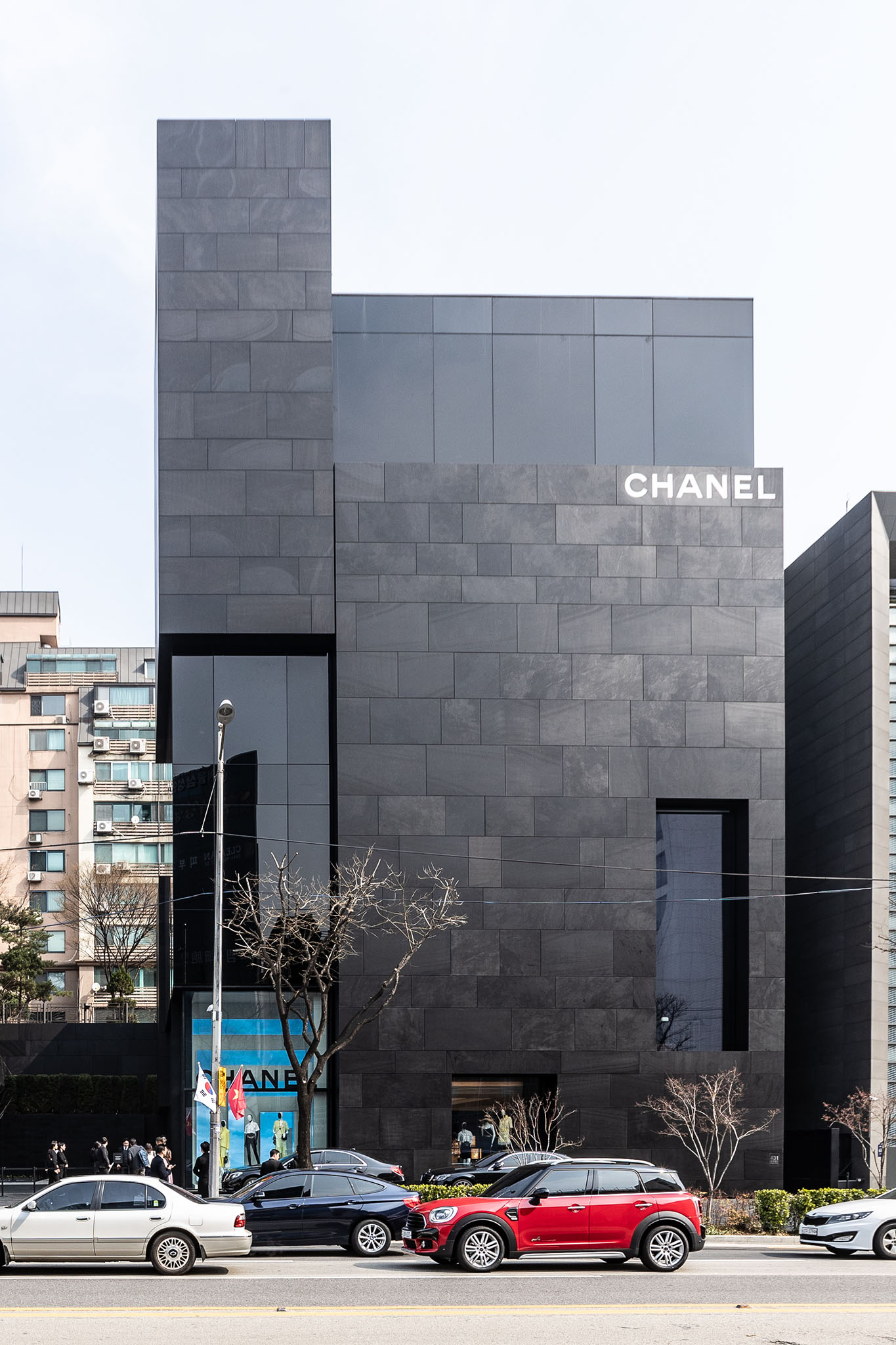 Cheongdamdong in the Gangnam District and Myeongdong downtown are top spots for Chinese tourists to buy luxury items and duty-free beauty products, respectively, according to Joon.

South Korea is a shining star for luxury brands this year. Chanel opened its first flagship store, spamming 19,700 square feet and designed by Peter Marino, last March and last month Louis Vuitton unveiled its new flagship with a curved glass facade designed by Frank Gehry, which resembles his exterior for the Fondation Louis Vuitton in Paris.

Anson Chen, fashion director of GQ China, was invited to Seoul for the Hermes men’s wear repeat show earlier this month. During the trip, he found Seoul not only good for shopping but also a great spot for art and culture. He was impressed with the Leeum, Samsung Museum of Art and Onjium, an institute for research into traditional Korean culture.

But Chen thinks Tokyo would still be a bigger attraction for affluent Chinese shoppers, citing the language barrier as a key factor. “I can’t understand Korean characters at all, but I can at least half guess the meaning of Japanese since it includes Chinese characters in its language,” he said.

Having been to Japan twice this year, Chen is planning to spend Christmas there. “They provide the best food and service in the world, and you can find unexpected collaborations when you go to Shinjuku or Daikanyama,” he said. “But I would avoid going there during national holidays, or you would end up feeling never really leaving China” because of the large crowds of Chinese tourists.

Bohan Qiu, founder of communication and brand consulting agency BOH Project and formerly part of the public relations team at Mr Porter in Asia, said he buys luxury items in South Korea, but when he goes to Japan, he allocates his budget on vintage shops or Japanese brands. 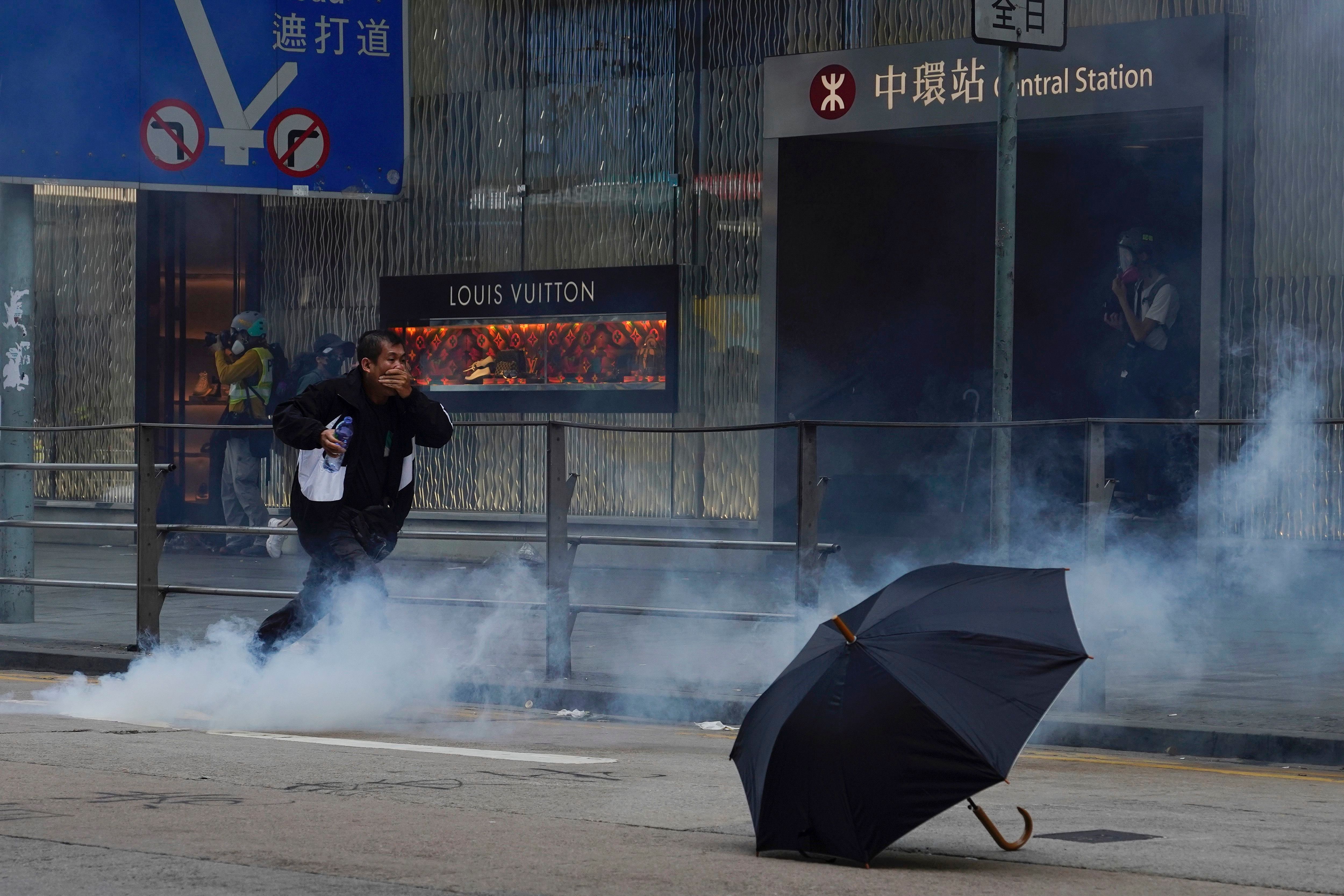 A man runs away from tear gas fired by riot police in Central in Hong Kong, in front of a Louis Vuitton store.  Vincent Yu/AP/Shutterstock

“Luxury in Japan is more expensive than the rest of Asia, even with the tax return. What you have in Japan is a shopping experience like no others. I bought two Lewis leather jackets on my trip to Osaka last week, and I found a lot of great vintage of Hedi Slimane’s Dior or Saint Laurent across shops like Kindall and Ragtag,” he said.

Having lived in Hong Kong for seven years, and recently relocated to Shanghai, Qiu feels there is little chance mainland Chinese and Hong Kong residents would reconcile. “Under the different social systems, the fundamental values of the Hong Kong people and the mainland [Chinese] people are becoming more and more divided. It has come to the point that they can’t understand each other anymore,” he said.

As China becomes the biggest market for most luxury companies, Hong Kong is being pushed to a lesser role in fashion. More brands are relocating their Asia-Pacific headquarters to Shanghai from Hong Kong. “Lots of Hong Kong friends fear that their jobs will disappear in the near future. Hong Kong was a great place to gain access to China at the beginning, but now, things have changed. Many brands would rather spend more budget and energy doing events in Beijing, Singapore or Seoul, which are more cost-efficient and achieves [a] bigger impact,” Qiu added.

While Tokyo and Seoul welcome more Chinese shoppers, Singapore is also benefiting from the unrest in Hong Kong. Goldman Sachs estimated Hong Kong might have lost as much as 4 billion Hong Kong dollars in capital to the predominantly Mandarin-speaking city-state. 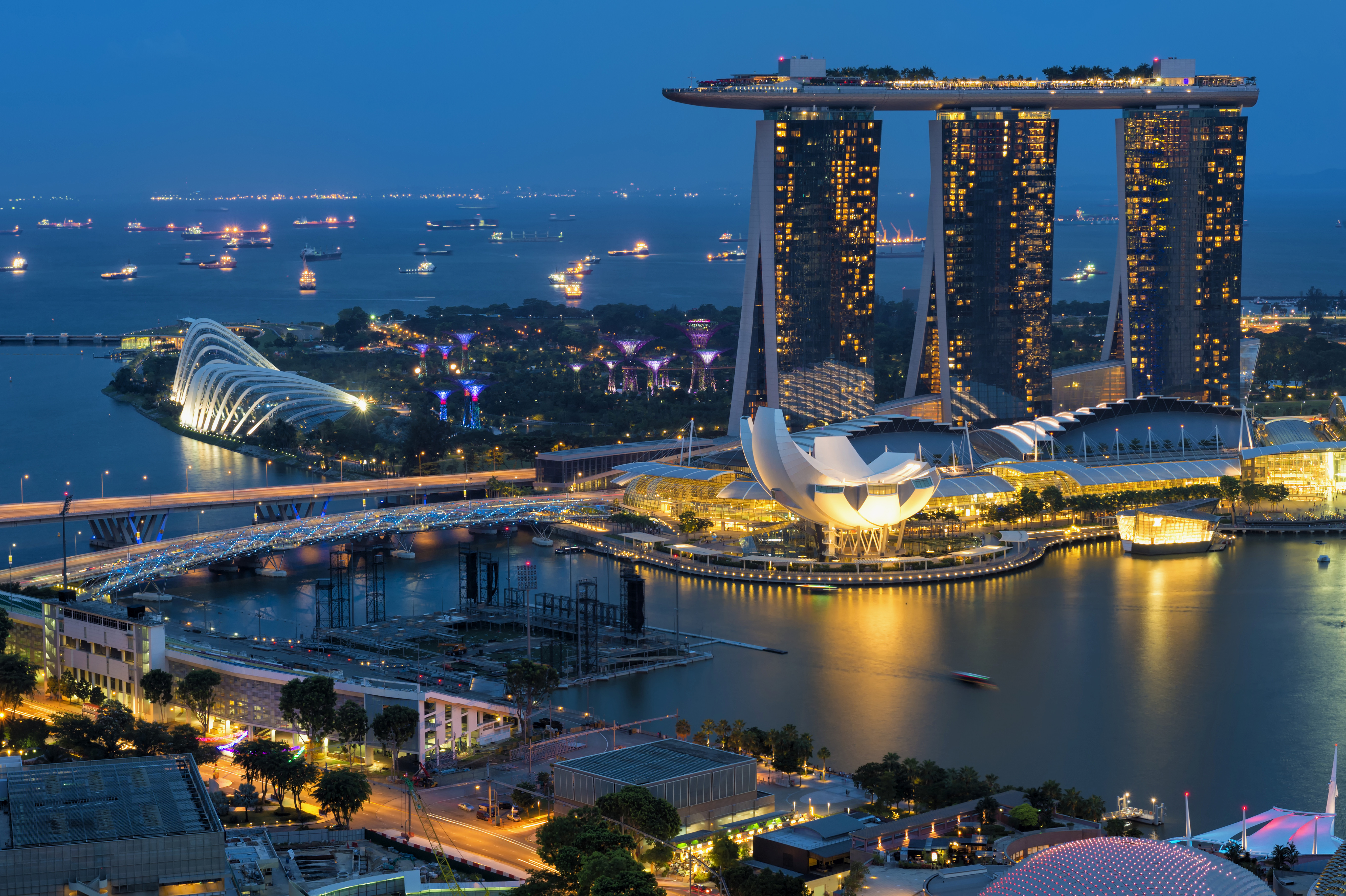 Jonathan Lee, senior area manager for Asia at the showroom Tomorrow, which represents the international sales of nine Asian fashion brands, said he has seen a budget increase from buyers in Singapore as more Chinese tourists fly there to shop. “Singapore has the biggest Mandarin-speaking population outside China, but interestingly they are more interested in Japanese brands such as Yohji Yamamoto, Sacai and Issey Miyake,” he said.

For Westerners such as Kevin Germanier, a Paris-based Swiss fashion designer who has traveled to Shanghai, Hong Kong, Tokyo and Seoul in the past six months, he saw that Tokyo was packed with Chinese tourists when he visited there last month during the Chinese national holiday. Seoul had a moderate amount of Chinese. “I was in the Shinsegae department store; half of the people inside were speaking either Mandarin or Cantonese, but the mood was chill,” he said.

When he was in Hong Kong, Germanier felt everyone was intense. “Before my trip, people said: ‘You are crazy. You are going to die.’ But when I was there, even though the mood was heavy, I didn’t feel endangered. The situation wasn’t as bad as what one might read from the newspaper.”

He believes Hong Kong is irreplaceable. “It’s so easy for me to go to Hong Kong. The locals, in general, are open-minded. It’s easier for me to go to Hong Kong than going to Germany. I didn’t feel like that when I was in Shanghai. The technology (WeChat and Didi, Chinese versions of Whatsapp and Uber that are tied to Chinese bank accounts that foreigners have no access to) they use is very advanced, but not very friendly to foreigners. I can’t order taxis, takeaways without the help of local friends, or have access to my Gmail without a VPN.”

Despite having mixed feelings, Qiu believes the situation in Hong Kong will calm down over time, and shoppers will return, because of its proximity to mainland Chinese and price advantage. “But this shadow cast on people from Hong Kong and mainland China will linger on for a long period of time,” he added.