Is Africa Luxury’s Next Golden Continent?

The continent is experiencing a creative surge, and Bernard Arnault is among those paying attention. 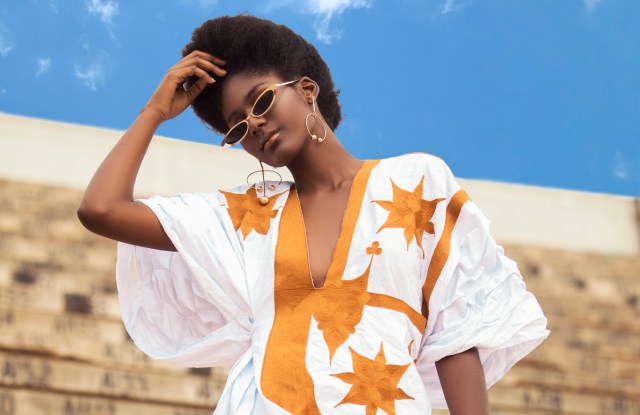 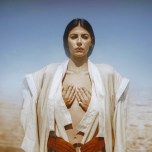 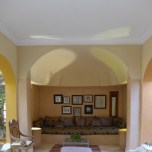 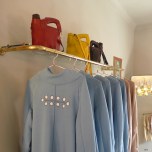 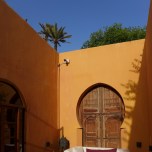 MARRAKECH — From Beyoncé wearing Senegalese label Tongoro in her “Spirit” video to Naomi Campbell hitting the catwalk at Arise Fashion Week in Lagos, African fashion is basking in the spotlight.

For the first time, two African designers — South Africa’s Thebe Magugu and Nigeria’s Kenneth Ize — are among the finalists for the LVMH Prize for Young Designers, whose winner will be revealed on Sept. 4. With Instagram abolishing borders, countless other labels are breaking out and finding a global audience.

“Internet opened Africa to the world,” said Adama Ndiaye, the designer behind the Adama Paris label and founder of Dakar Fashion Week in Senegal and Black Fashion Week events worldwide. “The girl from Kigali is watching me, and she’s watching Beyoncé, she’s watching Isabel Marant, so there’s no border anymore.”

“The image Africa is now giving to the world is a new Africa, and it’s something that Europe or America can consume,” she said. “We represent ourselves as part of a global thing, not only African anymore, and that’s honestly changed our perception, our way of showing ourselves and also our design.”

Nowhere is this newfound energy more evident than in Marrakech, where a new generation of creative talents is emerging in fashion, art, photography, dance and music, and turning the previously insular city into a platform for creativity from across the African continent.

While visitors are drawn by tourist attractions like the Yves Saint Laurent Museum and Majorelle Garden, they’re also checking out local hot spots such as designer Amine Bendriouich’s Welcome to the Kingdom concept store; Hassan Hajjaj’s photo studio, and the Museum of African Contemporary Art Al Maaden, or MACAAL.

When Madonna celebrated her 60th birthday last year, she enlisted Hajjaj and Bendriouich to shoot and style souvenir portraits. Dancer Amine Messaoudi — part of the same creative gang — performed for her, and subsequently appeared in the video for her track “Medellin.”

“Somehow, when you are there doing things for a long time, you end up being a kind of reference for creatives who come to Marrakech,” said Bendriouich, whose unisex brand, launched in 2007, fuses streetwear influences with Berber symbols and pop culture.

“When I started, there was nothing. There were four or five designers in Morocco and they were doing either couture or embroidered caftans, and I was really considered to be crazy. People would ask me how I make a living, because for them it’s not possible to be making these kind of clothes and live from it,” he recalled. “Today, there are kids who are photographers, bloggers, models, managers of models — it’s really interesting. It’s taking off. There’s the birth of something, but it’s just at the very beginning. But the aesthetic of Morocco, of Marrakech, has always been very strong.”

Luxury brands are taking notice. In April, Dior chartered two planes to fly guests to its cruise show in Marrakech. In addition to being a striking display of corporate might — the fashion spectacle at the stunning El Badi Palace featured more than 110 looks — it also acted as a showcase for guest designers from Africa and beyond.

“I think that if you [go] to another country to stage a show, you have to reflect about your codes, but also have a conversation with the whole continent,” Maria Grazia Chiuri, creative director for women’s wear at Dior, said at the time.

In an unprecedented move for the house, she tapped a host of creatives to contribute looks to the show, among them London-based designer Grace Wales Bonner, American artist Mickalene Thomas, Pathé Ouédraogo, the Burkina Faso-born designer better known as Pathé’O, and local artisans. 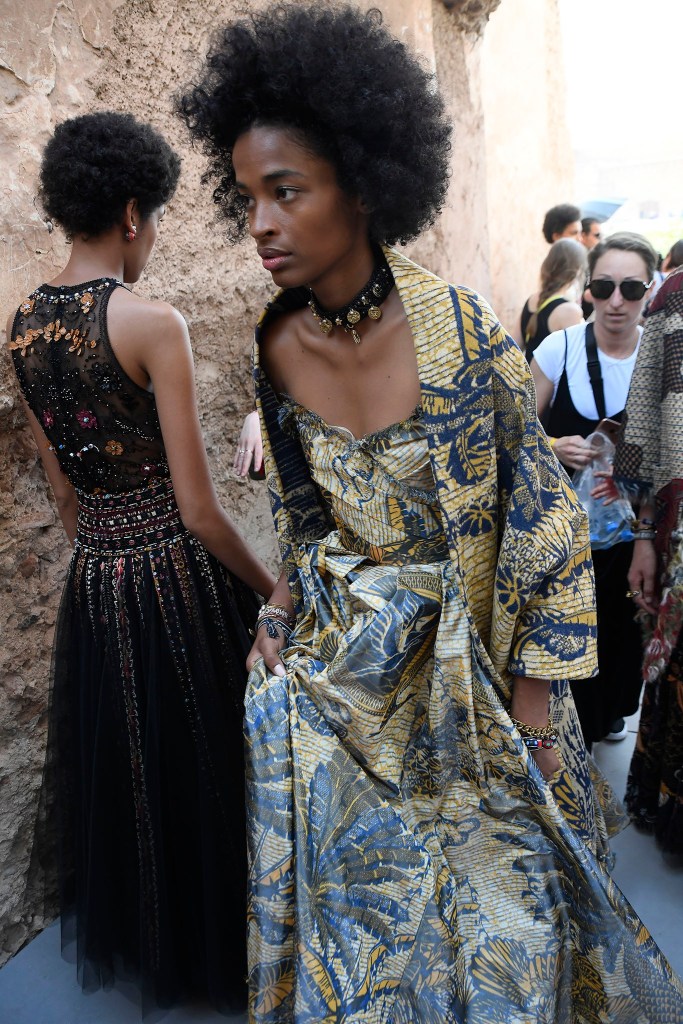 Though she did not escape the inevitable accusations of cultural appropriation, those involved in the project said they were grateful for the exposure.

“I hope this event will have a lot of positive repercussions for young African designers, give hope to African fashion and perhaps also push Africans to buy African,” said Pathé’O, who contributed a patterned shirt emblazoned with a portrait of late South African president Nelson Mandela, who frequently wore his creations.

“Dior is an iconic, global house, so if they have come to us, it’s really because they want to send a message to our political leaders. They are saying that fashion in Africa has the potential to create jobs. I think that’s hopeful for us and for everyone who works in this industry,” he added.

Central to the collection were the wax patterns designed by Uniwax, an Ivory Coast-based factory that is one of the last to produce the traditional fabric using artisanal techniques. Annabel Olivier, creative director of Uniwax, said she hoped the Dior collection would act as a springboard for the company’s growth.

“For us, it represents a huge opportunity to expand internationally, because right now, we only sell in Africa,” she said. “We’re investing in new machines. We’re also developing a web site with online sales, where people can order customized fabric. So there are lots of new markets opening up that were previously out of reach.”

In a sign of the region’s importance, the most recent issue of Eyes, the in-house magazine of Dior parent LVMH Moët Hennessy Louis Vuitton, includes a feature on Africa. In it, consultant Coralie Omgba forecasts the continent’s market for luxury goods — worth $5.9 billion in 2017 — will grow by 30 percent in the next five years.

A team of entrepreneurs hopes to capitalize on that momentum to launch a new showcase, AFREE Culture, in Marrakech for African writers, film directors and fashion designers, timed to coincide with the third edition of the 1-54 Contemporary African Art Fair in February 2020, and with the city’s tenure as the first African Capital of Culture. 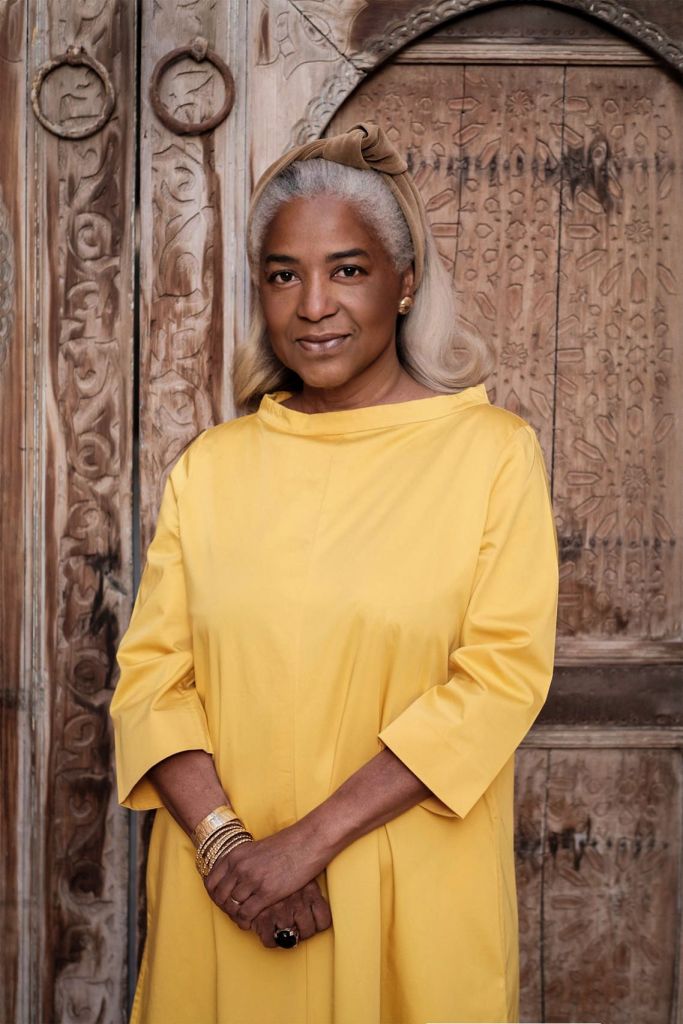 AFREE Culture is the brainchild of hotelier Meryanne Loum-Martin and New York-based brand strategist Mashariki Williamson, and will be held at Loum-Martin’s boutique hotel Jnane Tamsna over three days, with workshops and presentations scattered across the property’s lush gardens.

The event will be underwritten by the Impact Fund for Africa Creative, or IFFAC, a 100-million-euro investment fund supporting African creatives working in fashion and lifestyle managed by Ghanaian entrepreneur Roberta Annan — though organizers are also seeking private sponsors.

Loum-Martin, whose boutique hotels in Marrakech have hosted guests including Giorgio Armani, Peter Lindbergh and Brad Pitt, said while Arab-speaking North Africa has traditionally been culturally separate from the rest of the continent, its proximity to Europe makes it the perfect bridge.

The former lawyer hopes the platform will fill a gap in the market by helping creatives connect with mentors and investors. “African creativity is a goldmine, and that’s what IFFAC is trying to encourage: to help people develop their ideas and find professional backing,” she said.

“I think that AFREE Culture will bring a new vision of pan-Africanism, and that’s why I was so thrilled and so excited to be a part of this event,” Ndiaye said. 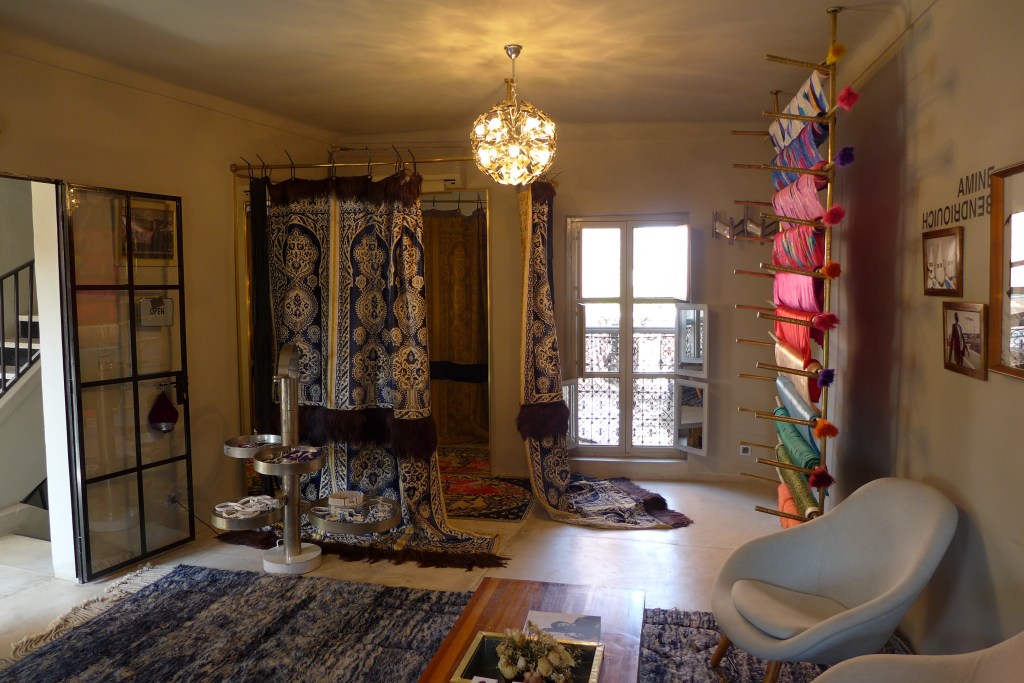 Bendriouich’s concept store is another case in point. Part of the Shtatto building in the medina that also includes a hairdresser and a rooftop café, it carries labels including Ivorian men’s wear brand Laurenceairline; Masai jewelry from Tanzania; vintage furniture, and scores of one-of-a-kind works of art.

“It’s really defining what it means to be Moroccan and African today and creating a whole new way to experience and live the city, the medina. What we propose here is music, it’s things you can read, you can smell, you can eat. It’s really about taking all this variety and then putting it together in a way that will speak to people and make them question the stereotypes and expectations they have,” he explained.

Speaking at the cocktail held for the semifinalists of the LVMH Prize during Paris Fashion Week in March, Magugu noted South Africa was enjoying a similar creative resurgence.

“I feel like it’s been largely overlooked as a country that adds anything to fashion, but I think there’s something quite exciting and bubbling happening right now,” said the women’s wear designer, who also publishes a magazine showcasing fellow South African labels, stylists and photographers.

At Ize’s stand, Bernard Arnault, chairman and chief executive officer of LVMH, and his daughter Delphine Arnault, the force behind the talent-scouting initiative, stopped to examine the traditional aso oke fabric the Nigerian designer uses in his creations.

“It means a lot to me. This is my dream. I went to school because I never saw any African designers,” said Ize, who studied at the University of Applied Arts Vienna under Hussein Chalayan and Bernhard Willhelm. “It’s turning into a global brand and I love it — that’s what I want to do.”

Observers say the presence of the two African designers in the LVMH Prize final marks a significant shift.

“It’s a sign of the times that Africa has its place at the table now,” Loum-Martin said. “Its value is being recognized, and from a perfectly cynical perspective, businesspeople realize there’s a lot of money to be made in Africa. Bernard Arnault is no choirboy, so it’s no accident that the focus is now on Africa rather than China, for example.”

“It’s definitely a huge sign,” Ndiaye agreed. “It’s been 17 years since I created the platforms of Dakar Fashion Week and Black Fashion Week and we’ve struggled so much all these years to just have important people come and look at our fashion. Now everything is so easy.” 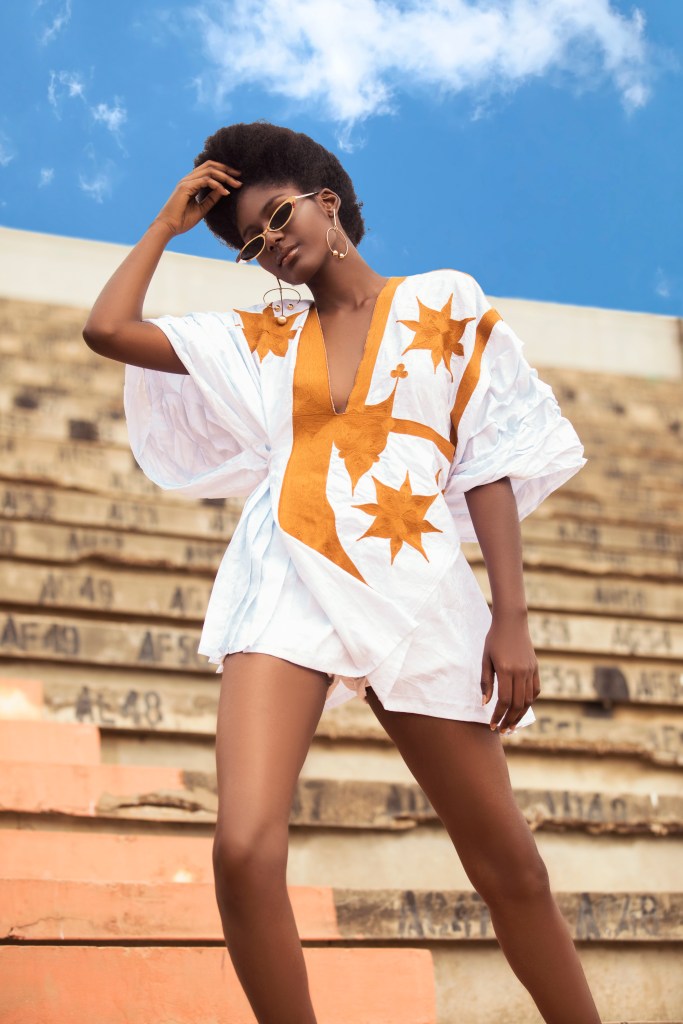 The next edition of Black Fashion Week in Paris in September will feature designers from South Africa, Nigeria, Senegal, Ivory Coast and Mozambique. Ndiaye hopes the money will follow: She is seeking investors to open a clothing factory in Dakar, but says African governments also need to do more.

“We created our little fund. I put 50,000 euros in there to help designers, but I’m not Mother Teresa. I want my money back, and sometimes they don’t sell, so at a certain point, we’re stuck,” she said.

“Governments need to help and push into infrastructure,” Ndiaye continued. “I own the fashion week. I own a television channel. I own an agency. I’m kind of God in my country for fashion, which is so crazy, because when I started 17 years ago, there were no shops, there was nothing, so we had to build everything — and that needs to stop. Investors need to come. We need angels.”

Pathé’O echoed her message. “I know prizes are well deserved, but I think it’s very important for those designers to have the possibility to grow, to have the manufacturing structure, the information and the support of their government to assist them,” he said. “This battle must be won in Africa.”