Financially beleaguered and creeping into their 30s, Millennials find a welcome escape in clothing and accessories that remind them of their youth. 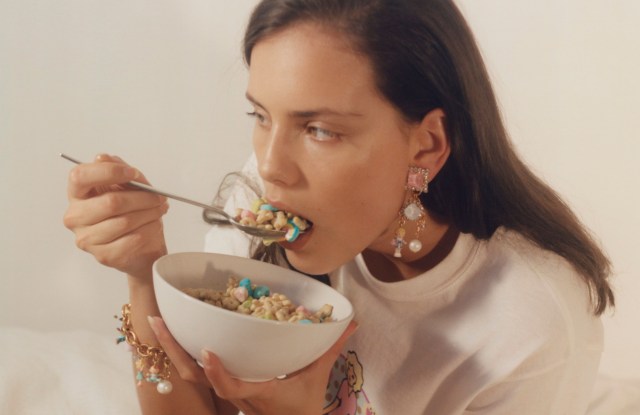 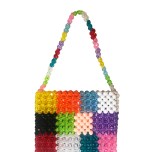 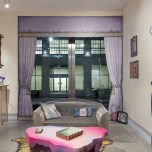 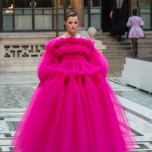 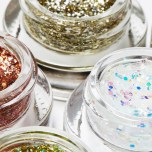 Pastel hair clips, Mary Janes, pink striped satin dresses and polar fleece jackets are in demand these days among Millennials, who are “prolonging” their youth with escapist purchases that remind them of their wee years.

Millennials are finally getting older — the greenest of the bunch is now edging toward their 30s. Notoriously late to marriage, childbirth and home ownership in light of stagnant salaries and student debt, each purchase feeds a certain nostalgia, harking back to a time before pressures of work, social media and uncertainty.

This soothing escapism has become a major trend. “I think we are all just hungry for candy,” said accessories designer Susan Korn, proprietor of the brand Susan Alexandra. Korn has made a name for herself with upbeat style — her beaded handbags, often embellished with fruits, flowers and chandelier crystals, are the carryall versions of pastille sweets. Sparkly and colorful, nearly 15,000 of her bags have been sold thus far.

Korn designed the style shortly after turning 30 — a subconscious, knee-jerk reaction, she feels, to a birthday sometimes considered as apocalyptic. “We are all suffering from mental exhaustion from technology and other focuses around us. Things used to be simple and fun and about being present. I think we’re longing for simpler times and I think most people do look toward childhood for joy,” she said of her designs, which began as a viral trend on Instagram and are now carried at stores including Bergdorf Goodman and Saks Fifth Avenue.

The trend for childlike, happy clothes has been seen on the runways as well. Japanese designer Tomo Koizumi took New York Fashion Week by surprise with a collection of effervescent ruffled dresses, straight out of a dress-up box. Simon Porte Jacquemus, who often references his childhood in Marseille, France, presented handbags so minuscule they would only suit a child. Vaquera, whose designers noted that their twentysomething friends are getting older and boring, presented a collection that riffed on elements of childhood and domesticity.

This winter, the gentrified portion of New York’s Chinatown — often referred to as “Dimes Square” for its proximity to the health restaurant Dimes — has seen Nineties butterfly clips become as ubiquitous as oat milk. Glossier’s new makeup line Play launched to much fanfare earlier this week with product and packaging that skipped straight out of a Caboodles kit.

It’s happening throughout the design world, too. In January, the architecture and design project “Blow Up” — a group show formatted as an experimental, life-size dollhouse — opened in New York to rave reviews, featuring works by artists including Misha Kahn, Telfar Clemens and Katie Stout. A month later, the New York-based design firm Jumbo unveiled a purposefully awkward collection of furniture and lighting designs, intended to make people “cherish the childlike.”

Fashion designer Nikki Chasin has seen success with candy-stripe plaid dresses and reversible polar fleece jackets — clothing one might see themselves wearing in an old family VHS tape documenting an apple picking excursion. “A lot of core customers are getting to their 30s and remembering that time; when they see fleece or a certain embroidery it reminds them of being a kid,” Chasin said of the response to her designs. “I think it’s a way to hold onto childhood. We are not doing the things you’re ‘supposed to do’ like get married and have kids, so this is another element of prolonging youth.”

This past summer, Mattel relaunched the Nineties toy Polly Pocket — a thumbprint-size doll that lived within a makeup compact-size diorama, which had been off the shelf since 2002 for fear of choking children. To welcome Polly’s return, the toy company collaborated with London-based designer Mimi Wade, whose jewelry designs saw Polly dangling from earlobes and necklaces. The styles struck such a chord that they sold out within a week.

Wade is known to cite inspirations from childhood, often revisiting familiar realms like Disney’s symphonic trip, “Fantasia.” “When I made my own version of the scene with the toadstool it was quite therapeutic,” she said of experimenting with the film reference. “It takes me back to a time in my life that was comfortable. It’s therapeutic to see things you maybe forgot; looking at Polly Pocket, for instance, has a calming effect.”

Following suit, the American mall chain Hot Topic — which holds a soft spot with Millennials for its sanitized, suburban goth fashions — is selling an accessories collection that is Polly Pocket-inspired.

Café Forgot, an artistically minded pop-up enterprise, was established in homage to New York’s lost population of experimental boutiques. Vita Haas and Lucy Weisner decided to step in, creating a store that harked back to their youth. Café Forgot’s pop-ups, which are becoming increasingly popular, feature designers who handcraft clothing and accessories geared toward their friends, which in most cases materializes in a childlike aesthetic.

“I definitely think Millennials are referencing their childhoods because they are getting older — it’s like a longing for the past. It definitely brings comfort and a sense of community when we can recognize objects we all had when we were growing up,” Haas said.

Rising Copenhagen-based designer Emilie Helmstedt is inspired by a different childhood fairy tale each season and hopes these narratives will bring a gentler, friendlier face to the fashion industry. Six months ago for her Copenhagen Fashion Week debut, Helmstedt hand-sewed garlands of plushy striped fish for her show set — nodding to a tale in which a young boy dives into his bathtub to encounter tropical ocean life.

“If I want to make a fish like they do in kindergarten, why not?” Helmstedt said of the craft project. “We used to have very posh fashion with a catwalk where you almost got terrified when you sat there, the models — all that energy, it was very dark and taken so seriously. I think people got tired of that, it’s not interesting anymore.”

The plushy fish enhanced a show filled with pink satin stripes, pastel frills and feminine dresses, all of which aim to incite a sense of happiness. As Helmstedt said: “It’s nice to still play even though you are a grownup, that doesn’t mean you have to be so serious.”