The son of an inventor carves out his own breathing room. 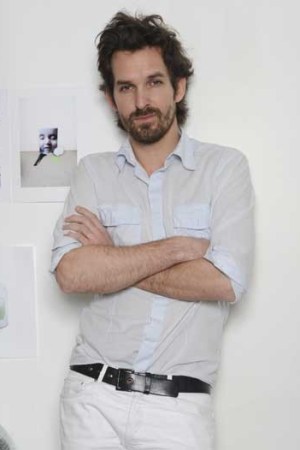 The son of an inventor carves out his own breathing room.

When Mathieu Lehanneur finished design school in Paris eight years ago, the last thing he wanted to do was create another groovy chair or lamp. His senior thesis tried to clarify the ambiguous relationship between design and medicine, and, as the son of an inventor, he felt naturally drawn to exploring how he could meld design to science. It was hardly the kind of career objective that lands you a plush job creating, say, a hotel interior.

Lehanneur, now 33, founded his own practice in 2001 and set about wrestling with his ambitions. “I didn’t want to work for anyone,” says the tousled-haired designer as he drags on a Benson & Hedges. “I was the youngest in a family of six children. I had enough experience with the father figure to know that I didn’t want to be told what to do.”

Chutzpah? Sure. But Lehanneur’s gambit is paying off. Today, he is garnering all kinds of attention, even from the fashion world. For example, François-Henri Pinault, the chairman of PPR, acquired a dramatic therapeutic ceiling light Lehanneur created for French silversmith Christofle.

But the project most representative of Lehanneur’s idiosyncratic approach is Bel-Air, an air filtration system that cribs from plant research first conducted by NASA to help astronauts deal with poor air quality in space. Lehanneur’s contraption (five have been made so far) is a small glass dome filled with special plants that, through photosynthesis and a circulation system, do away with noxious elements in the room in which it’s placed. (Several are employed at a sandwich bar called Flood in Paris, designed by Lehanneur.)

Another of his signature pieces is an oxygen generator: a glass container with a lighting system that stimulates air, producing micro algae meant to boost energy levels.

Such projects led New York’s Museum of Modern Art to feature Lehanneur’s work in “Design and the Elastic Mind,” an exhibit running through May 12 that explores new frontiers being addressed by the trade. “I try to understand the universe around me through design,” says Lehanneur in his Paris studio, where he now employs five people on projects ranging from a limited edition perfume bottle for Issey Miyake to display mannequins for Yohji Yamamoto. “One of the interesting ideas today is making design that is invisible, but design that allows us to improve our immediate environment.”

In other words, don’t expect Lehanneur to devote his efforts to trying to create the next gotta-have-it sofa. “I’m not a scientist,” he explains. “But I’m more nourished by science and art in my work than by what other designers have done. I like design furniture. But only as a consumer.”