All In Place: Spectacular Venues

This season, the runway venues made (almost) as much news as the clothes. 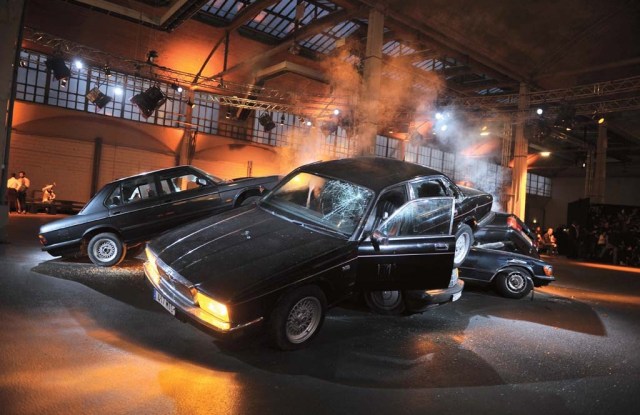 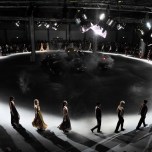 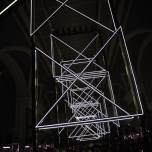 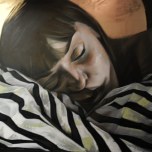 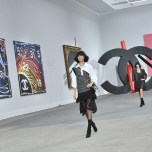 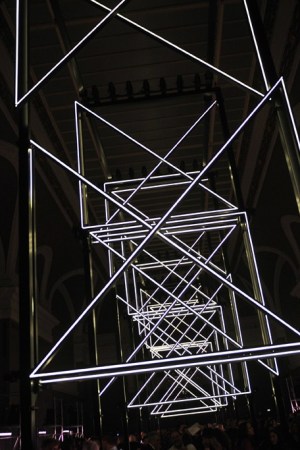 This season, the venues made (almost) as much news as the clothes.

GIVENCHY
Riccardo Tisci’s collection for Givenchy reflected a clash of cultures—his two favorites happen to be Japanese and African—and the centerpiece of his circular runway hammered home the point: a pileup of smashed and steaming black luxury sedans, two Mercedes, two BMWs, two Saabs and one Jaguar. Tisci’s flair for theatricality is no accident.

Says Tisci, “It’s all about dynamism and fluidity and urbanity.” — MILES SOCHA

SAINT LAURENT
At Saint Laurent, Hedi Slimane created an industrial-strength canopy of mechanical triangles, which flickered to life with lights and motion, creating a dazzling effect that had everyone pointing their camera phones toward the ceiling. — M.S.

The idea was to create “a street-mural environment in the show space,” says Michael Rock, founding partner and creative director of global design consultancy 2×4, which has worked with Prada since the house’s store on Broadway in New York opened in 2001. “Miuccia Prada [saw] the work evolve on the walls and directed the final impression, and the design team [was] influenced by the painters.”

The project, Rock says, fostered “an environment wherein everyone was working in the same place at the same time.…that’s not possible when everyone is separated by technology.… I think the atmosphere suggests the diverse guises women assume through the vehicle of fashion. The sheer scale of the portraits projected a real sense of power.” — ALESSANDRA TURRA

CHANEL
Karl Lagerfeld’s sprawling imaginary art gallery set at the Grand Palais, complete with 75 paintings and sculptures he created based on Chanel’s codes and icons, sprang from “people who overreact to art today. It’s all become a little too much,” he says.

To wit: The designer deflated the art world’s pretensions with his wry humor, creating a robot out of Chanel No.5 bottles and a bathroom door decorated with a caricature of the suited, pearl-wearing founder.

The titles Lagerfeld gave the works, typewritten on small cards, were like punch lines—a thumb in the eye of the highfalutin gallery scene. A shower stall hung with handbag chains? “Golden Shower.” A splotch of paint on the wall with a frame tacked on? “Beyond the Frame.” A woman naked but for socks and a camellia on her nether region, splayed over a glass cube with a mirror underneath? “Modern Narcissus.”

Suffice it to say that Chanel’s corporate art collection just grew by a large margin. — M.S.