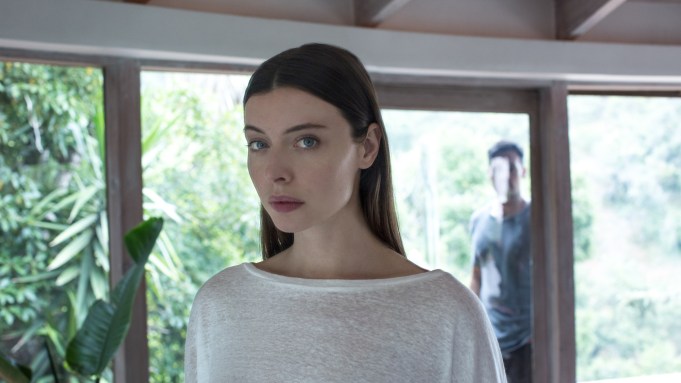 The serial entrepreneur — founder of Gagwear Inc., Alternative Apparel and Juice Served Here — on Friday launches the lifestyle brand M/F People. The line is nearly 90 styles out of the gate, ranging from a tracksuit-style jacket and sweatpants to hats and body wash sold direct through the M/F web site. Beauty is priced from $10 to $40, while the apparel runs from $18 to $125.

“We’re really a lifestyle brand that isn’t pigeonholed into a category,” Alterman said of why he’s launching with multiple categories. “If I were to launch into a category, [the brand] would start to be known for that so I think this is a much bigger idea and needed additional category extension to tell the full story of what this lifestyle is.”

The company was born out of a need to rid the clutter of multiple branded products sitting around Alterman’s home.

The entrepreneur about a year and a half ago was recuperating from a brain hemorrhage, largely recovering at home when he began analyzing his daily routine.

“We all do the same things. We have our coffee, go to the bathroom, take a shower,” he said. “You get from the bathroom to the closet and you’ve touched probably 30 or 40 items by the time you’ve left your house. I have my items; my wife has her items. We’re sitting in Malibu overlooking this ocean, spa-like setting and I’m sitting with lots of different labels and bottles just ruining the aesthetic of my bathroom.”

M/F perhaps best reflects where Alterman is in life with what he described as a more mature brand in line with general consumer tastes at the moment that favor simplicity in product rather than pieces teeming with brand logos.

The company’s name is representative of male and female with the forward-slash symbolic of what Alterman said is the thin line separating the two genders.

M/F will start out direct to consumer online, although Alterman is open to the idea of eventually having some bricks-and-mortar flagships in locations such as Los Angeles, New York, San Francisco and Miami. He believes in a showroom model where people can see and touch the product but ultimately place orders online.

“I see [direct] being where we stay for a period. We want to own the experience and not only that but learn who our customers are. That’s one of the reasons why I wanted to do this [brand] in the first place,” he said, pointing to all the layers and baggage that can come with wholesale. “I want to just alleviate all that and play it the way I want to play it, which is my full experience online as well as directly talking to customers socially and really engaging with the brand.”

Alterman is rolling more than 30 years of apparel experience into the venture, beginning with selling T-shirts out of the trunk of his car in 1988. A University of Florida student who was accepted on a golf scholarship, he quit the team his sophomore year and began selling T-shirts in the dorms. He was issued a license from the university at the age of 19 to sell products, which eventually evolved into Alternative Apparel. Fast-forward to about five years ago when Alterman cofounded Juice Served Here with Alex Matthews of G-Star.

The growth strategy for M/F is already being plotted with plans to launch additional categories that could include items for the kitchen, laundry, bathroom and nearly anything else — right down to possibly coffee — found within a home.

That he’s founded now both an apparel company and a food business, the idea of creating synergies among the brands is plausible, but ultimately M/F stands on its own without the need for cross-pollination.

“As far as the crossover between any of the brands, I’ve just learned a lot in the past and I feel like we’re well positioned now. It has a real story behind it and it’s different than the Alternative Apparel story. It’s different than the Juice story. It’s got its own DNA but it definitely resonates with all those customers in that it’s still me.”