The fashion world recalls the singular creativity and style of France's high priestess of design.

By Jennifer Weil and Miles Socha on January 19, 2013
View Slideshow 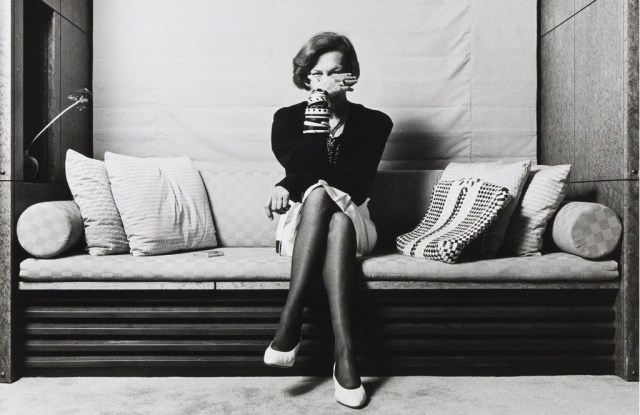 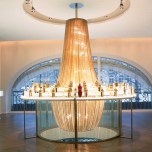 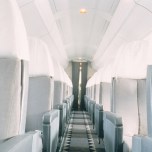 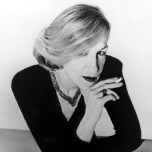 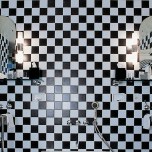 PARIS — The fashion world recalled the singular creativity and style of Andrée Putman, France’s high priestess of design, who died this past weekend at age 87.

“She was not a decorator; she hated that word,” said Didier Grumbach, president of France’s Chambre Syndicale. “She was redefining volumes, inventing volumes.”

Karl Lagerfeld described Putman as disciplined and her style as “very French, impeccable, very clean, like herself. She was flawless.”

“Andrée Putman’s disappearance is that of a very great artist, both an elegant designer and interior architect, who knew how to transcend the norms with rare creativity,” stated Aurélie Filippetti, France’s minister of Culture and Communication. “She was a free woman who knew how to marry the evolutions of our society by creating close links between art, fashion, design and architecture.”

“Eclecticism is a key word for me,” she said in a WWD interview in 2003. Indeed, it’s a word that certainly described her.

Putman — with her signature gravely voice and striking, red-painted lips — did interiors for the Morgans Hotel in New York, Air France’s Concorde, restaurants Bastide and Lô Sushi, and the office of France’s former Minister of Culture Jack Lang, which now belongs to Prime Minister Jean-Marc Ayrault.

A woman of strong opinions, when Grumbach asked her if she would redo the offices of the French Fashion Federation on the Faubourg Saint-Honoré, where it has been since the Thirties, Putman surveyed the place and declared: “You should move.”

Grumbach won her over, and he’s convinced its conference room, with its large round table, will look just as modern a century from now. “It’s totally timeless — that’s something she brought,” he said.

Putman also designed several apartments for Lagerfeld, including ones in Rome, Monte Carlo and Paris.

“She was very amusing, her way of talking, she was a real character,” Lagerfeld recalled. “When she saw something beautiful, she would say ‘to die for.’”

Even late in life, with an indefatigable curiosity and work ethic, Putman applied her hand to such diverse projects as sunglasses, jewelry, furniture, silverware, lights, china and fragrance. In 2003, she even made a guest appearance on French DJ Emmanuel S.’ album, “Metropolitan,” rapping about the Saint-Germain neighborhood.

It’s possible her work’s diversity stemmed from the circuitous route that brought Putman to design in the first place.

Born in Paris on Dec. 23, 1925, she studied music at the city’s conservatory as a young girl. Her upbringing was conservative, and Putman rebelled early, sneaking off to the Café de Flore, where she fell under the spell of such luminaries as Jean-Paul Sartre, Simone de Beauvoir, Antonin Artaud, Albert Camus, Juliette Greco and Alberto Giacometti.

“My family wasn’t like them at all,” said Putman. “I knew that they had it right and that my family had it wrong. I knew experimentation was the thing. From that moment, I knew I would follow my own path.”

After a stint as a design journalist in the Sixties, Putman joined a style consultancy in Paris. But it was only at Lagerfeld’s urging, in the late Sixties when he was at Chloé, that Putman began interior design. In 1973, she founded with Grumbach a venture called Créateurs & Industriels to promote fashion and design.

He described it as a precursor to modern concept stores like Colette and Merci in Paris. Located in a former railway station, with a paving-stone floor that mirrored the streets outside, the sprawling space offered picture framing, sold everything from stationery to vintage watches and hosted fashion shows for designers including Christiane Bailly.

Putman opened her own agency, Ecart, in 1978. Through Ecart, she promoted early and midcentury design, reediting furniture from the likes of Robert Mallet-Stevens, Pierre Chareau, Mariano Fortuny, Jean-Michel Frank and Eileen Gray.

In 1998, Putman opened an office under her own name, designing an increasing number of objects and interiors, including the Pershing Hall hotel in Paris, Pierre Hermé’s pastry shop in Tokyo, a lamp collection, carpets and bathtubs.

Putman believed each of her interiors was an exercise in “bringing out latent personality.” Whereas many decorators strived for sweeping style statements, Putman gravitated to detail. She was known for her attention to light, texture and form.

“Design is damaged when an object is done merely to impress,” explained Putman, whose daughter, Olivia, became Studio Putman’s artistic director in 2007. “That’s a regressive approach. Good design shouldn’t be too different. I always think of the coffee cups in Greece as a perfect example of good design. It doesn’t have a hole in the handle. The thing remains what it is, but it is different, a little improved. After all, we’re talking about a cup. For God’s sake, it’s not a Louise Bourgeois sculpture.”

The funeral for Putman will be held Wednesday in Paris’ Eglise Saint-Germain-des-Prés at 2 p.m.

She is survived by her daughter and son, Cyrille.