This year marks Ann Taylor’s 60th anniversary, but instead of reflecting on the past, the company is focusing on moving forward. 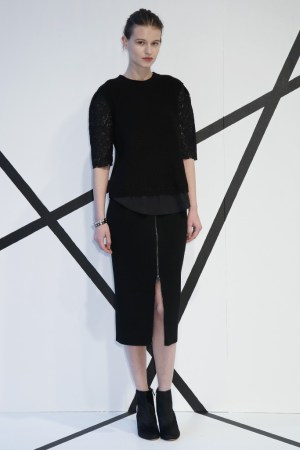 An understated wardrobe of modern staples in clean lines and a neutral palette of black, navy and gray was creative director Lisa Axelson’s proposal for fall. This year marks Ann Taylor’s 60th anniversary, but instead of reflecting on the past, the company is focusing on moving forward.

“We’re trying so hard to modernize and bring a youthful energy to the brand,” said Axelson, who considered what working women wear today. She gave a strong depth to classic silhouettes — sweaters, crisp shirts, pleated skirts and spare jackets — through texture, working with leather, tweed, pony hair and chunky knits. “It’s not about in this season, out tomorrow,” said Axelson. “That’s so important for our customer — she’s not that frivolous.”