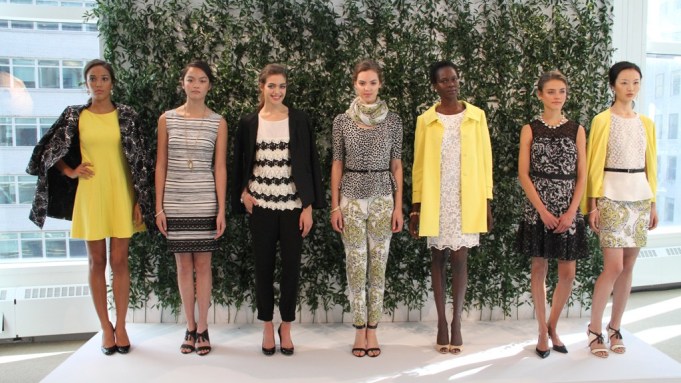 The way Lisa Axelson sees it, bright patterns don’t always have to be light-spirited. “Marrying this strong, confident, modern woman with the idea of pretty,” is how Ann Taylor’s senior vice president of design described the brand’s spring collection on Friday. That idea was rendered via variations on motifs — mostly florals, from painterly to abstract — which were teamed with contrast prints intended to neutralize some of the bolder visuals.

Case in point, a polka-dot cardigan that topped a flower pencil skirt, and a mannish color-blocked shirt shown with ocelot pants. The overall effect was at once ladylike and youthful, a notion underscored by a renewed statement for structured sheaths in those colorful prints. These, Axelson described as “the new suit.”