LONDON — Antwerp’s ModeMuseum, MoMu, is gearing up for a big September reopening and preparing to feed the appetites of the fashion community with creative dialogue, refreshed visions — and a reset.

To mark the event, the museum will hold three fashion exhibitions under the theme of “Fashion 2.021 Antwerp Fashion/Conscious.” The name alludes to a desire to reset fashion and to rethink what being “fashion conscious” means.

The museum has also tapped some exciting established and up-and-coming names for a citywide campaign that launches this week.

Raf Simons and Walter Van Beirendonck, part of the famous Antwerp Six group of designers who graduated from the city’s Royal Academy of Fine Arts in the early 1980s, will be joined by Glenn Martens, Marine Serre, Rushemy Botter and Supriya Lele in spotlighting a muse to feature in the campaign.

“I often get asked about the future of Antwerp fashion and who will be the next Antwerp Six,” said Kaat Debo, the MoMu’s director and chief curator, “My answer is always that there will not be a new Antwerp Six as we know them. Times have changed, the fashion world is different — but we still have tons of talent. The only difference is that they make their way into fashion in other ways, both in front and behind the scenes,” Debo added.

“With this campaign we wanted to stress that Antwerp fashion is not just about people living in Antwerp, it’s an international scene. If you just look at the academy, there are more than 35 different nationalities within a total student population of 150. That’s the entire world in one school. So we made a point to invite non-Belgian designers and to have the old and new generations.” 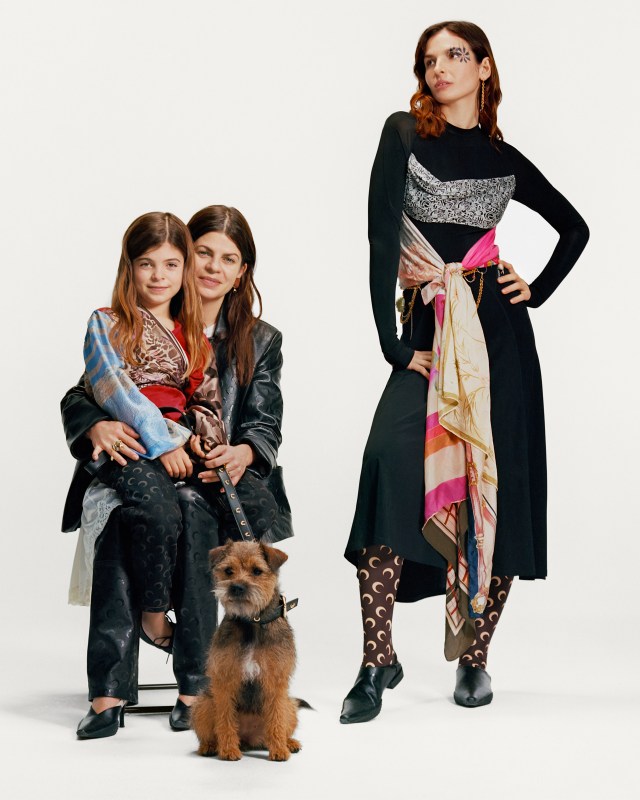 The mixing of generations and aesthetics has resulted in a campaign filled with upbeat colors, emotional scenes of people hugging and kissing, striking flower motifs drawn by makeup artist Inge Grognard across models’ faces and a colorful cast of characters, including a group of Serre’s friends, some of Van Beirendonck’s art students and a couple chosen by Simons.

“We wanted to reopen with a positive, dynamic campaign and images with layered storytelling. Fashion 2.021 includes the notion of 2.0 and refers to the idea of fashion as an industry needing to rethink itself. We wanted to raise awareness around this urgency to change, but do it with images that were positive and joyful,” said Debo, pointing to tactility and emotion as two of the biggest values the museum wanted to communicate with these images.

Emotions, which Debo refers to as “real drivers of change,” will also be the subject of one of the opening exhibitions at the museum, dubbed “E/motion, Fashion and Transition.”

“That show will focus on the transformative moments that have shaped fashion over the past three decades, from the digital revolution, to a crisis like 9/11 or the migration crisis. We’re looking at all the different transformative moments that have led to the state fashion is in now, and also at the challenges that are ahead of us. It was really important to open with an exhibition like this and reflect on the state of fashion, following the pandemic,” said Debo. 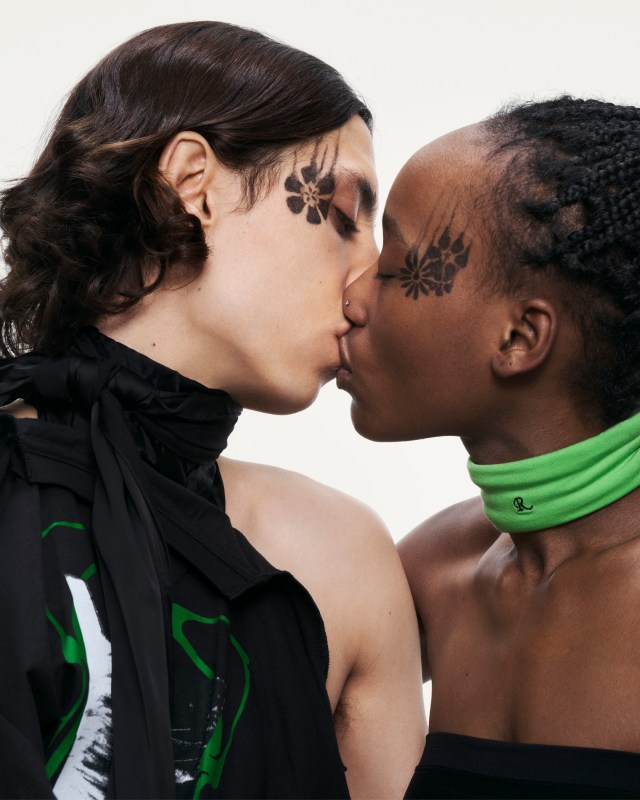 The two other shows planned for the reopening include a presentation of works from the museum’s permanent collection, as well as an exhibition focusing on lace and the role Antwerp has played since the 16th century in its development and trade.

“We wanted to tell a story of craftsmanship, and there are also many interesting subthemes within the exhibition. For example, the role that girls and women played in the creation, but also the trade of lace. A lot of people still think that women in the past were just there to be beautiful and to bear children, but it’s not true. Since the 16th and 17th centuries, women had often powerful roles and were very mercantile,” said Dabo.

The lace exhibition will extend beyond the museum to historical houses across the city that tell the history of lace production and encourage visitors to explore the city further.

The museum will also unveil its completed three-year renovation project in September, which includes a better infrastructure; a new café and shop featuring products made in collaboration with local talent; revamped studio and educational spaces; a more welcoming and prominent entrance, and an exhibition space that will house the permanent collection and ensure the museum can stay open year-round instead of focusing on temporary exhibitions and having to close in between. 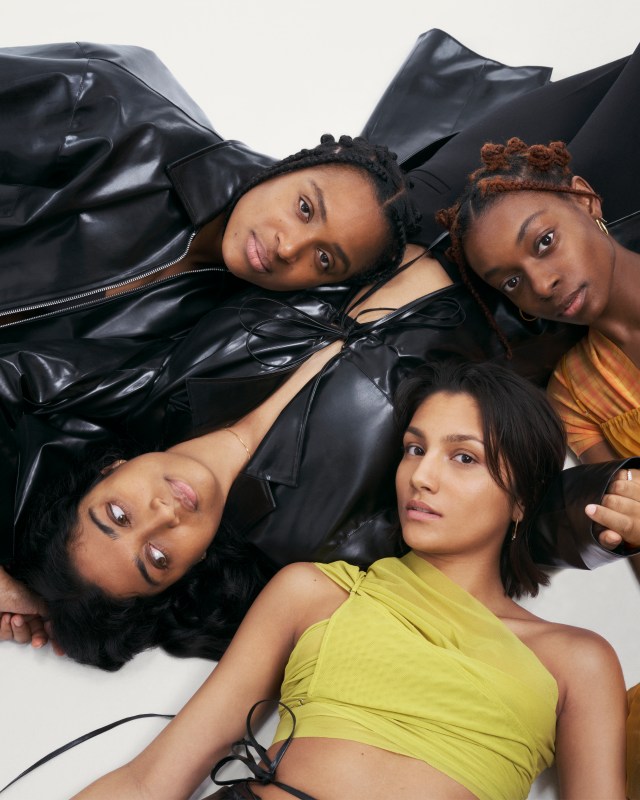 The exhibits come at an apt time, given the increased appetite for culture and the role that fashion museums can play in reflecting the state of the industry and starting dialogues about what is to come.

“No one can predict the future, but we want to start up a dialogue and be the fuel for change, without us dictating (what needs to be done) — because that’s not our task as a museum. We want to explain how we got here and use our platform to discuss avenues for change,” said Dabo.

Reflecting on the state of the industry, she pointed to a series of promising opportunities for young designers to stand out within the digital realm, rather than paying a fortune to host catwalk shows; “the return to localism” and to a new level of consciousness about shopping and production, and a rethinking of the concept of success itself. 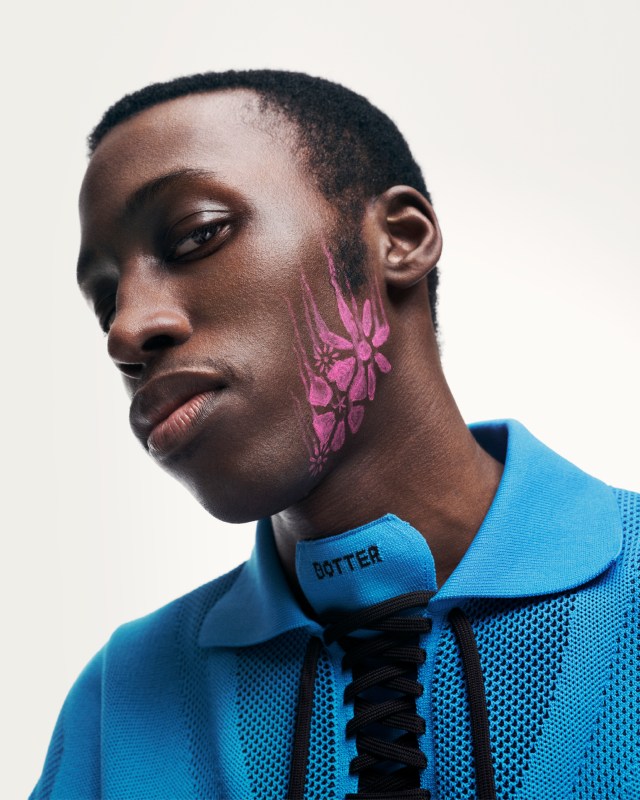 “For the exhibition, we’ve also been interviewing a number of designers and asking them what success means to them. Do you still need to sell in 400 different stores all over the world, or can you be successful and also financially successful with a smaller production? I think the fashion industry has to come up with answers given how much we overproduce. We know that the average garment worldwide is worn six times and in Asia, it’s three times — these numbers are shocking,” added Dabo.

“Not that I think next year everything will be changed, the change will still come quite gradually. We already know that the big houses will not change their business models overnight: they decided also quite early in the pandemic to keep on traveling for catwalk shows. So the change probably will have to come from more independent and younger designers. But change will come, I’m convinced. And if the industry itself will not change, it will be the consumer who will force the industry to change.” 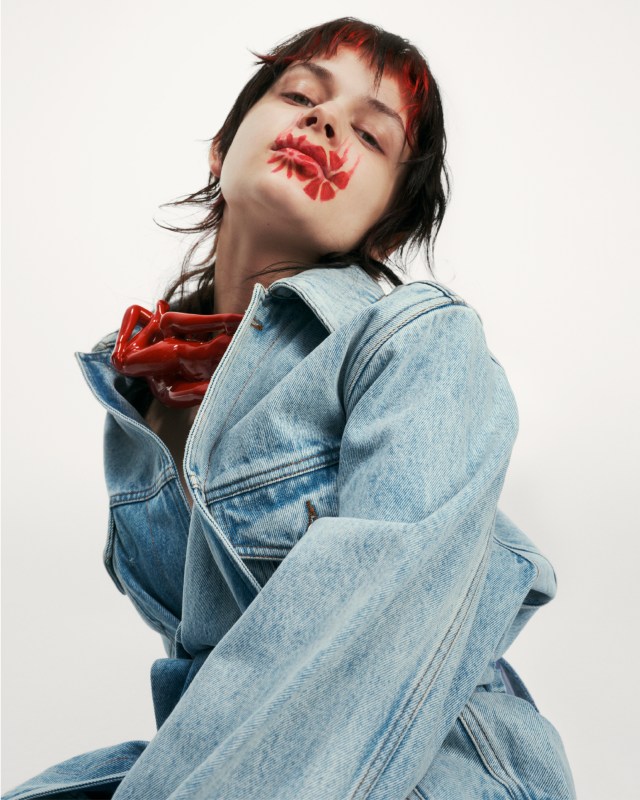