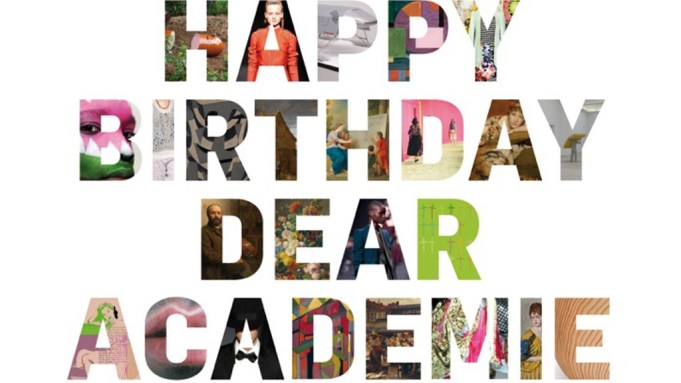 In honor of the academy’s 350th anniversary and its fashion department’s 50th, the Belgian school will host an assortment of celebrations in collaboration with MoMu, MAS, the Royal Museum of Fine Arts Antwerp and Antwerpen Open. Whether on campus or off-site, visitors will have an assortment of exhibitions, special events, conferences and even a city walk to check out.

Under the tutelage of the former fashion department director Mary Prijot, Van Beirendonck graduated in the early Eighties along with the rest of the Antwerp Six — Ann Demeulemeester, Dries Van Noten, Dirk Van Saene, Dirk Bikkembergs and Marina Yee. Having taught at the school for years, Van Beirendonck has had more reason than normal to be in touch with his friends since he is curating exhibitions for both anniversaries. Another alum, Martin Margiela, is also in the loop. As will be the case with other exhibitions, there will be images and video clips from the past and the present. As for the quality time he spent with the Antwerp Six, Van Beirendonck recalled road trips to Paris, London and Tokyo. “I am trying to reinvent the moment at the school that fashion was all about. We were working together, traveling together and partying together,” he said.

For the MAS show that bows Sept. 8, Van Beirendonck and museum director Paul Huvenne tackle such head-scratchers as “Is art a trade or a science?” and “Does art have to be beautiful?” Vincent van Gogh, Jacob Jordaens, David Teniers II and Rubens will be juxtaposed with the work of more recent graduates such as Panamarenko, Fred Bervoets and Anne-Mie Van Kerckhoven. The academy’s reconstruction of its 17th-century stateroom will offer a glimpse of the past to visitors. In another area, less-proven talents will be working in a gallery sketching live models. A Golden Wall will showcase 350 years of standout art. “It is a really incredible mixture of talents,” Van Beirendonck said.

Saturday’s low-key event at the Ace Hotel gave Van Beirendonck the chance to catch up with such former students as Marc Jacobs’ Meryll Rogge, men’s wear designer Tim Coppens and stylist David Vandewal. (Bruno Pieters and Peter Philips had to bow out at the last minute.)

“It’s really not an easy moment for fashion, which is so dominated by the big houses and their big advertising dollars. Independent designers really have to fight to have some input,” Van Beirendonck said. “There is also a big fight for creativity. Fashion is still interesting. It references our contemporary world, which is really important.”

Van Beirendonck, meanwhile, is gearing up for Friday’s opening of his work at Dallas Contemporary. His “Lust Never Sleeps” and “Silent Secrets” collections will be installed at the museum.