Are Guest Designers the New Engine of Fashion?

A growing number of marquee names are inviting guest designers for a one-time appearance — or basing creative leadership based on serial collaboration. 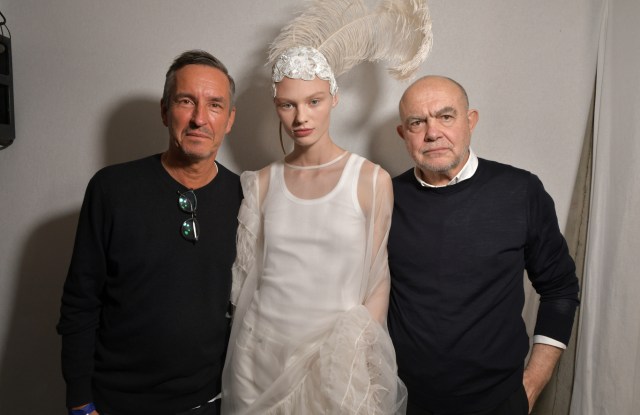 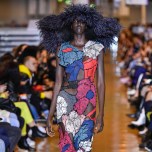 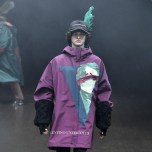 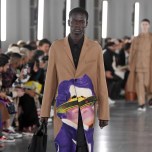 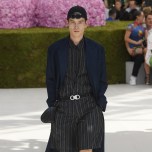 If Bergdorf Goodman’s Linda Fargo had her way, Giorgio Armani would open up his archive and atelier to Dutch couturier Iris Van Herpen for a season.

“That could create some extraordinary results,” mused Fargo, senior vice president of the fashion office and the director of women’s fashion and store presentation at the Manhattan retailer. “A guest designer or collaborator can bring a fresh take on the DNA of another brand. It’s like a duet: Think Amy Winehouse and Tony Bennett.”

While Fargo’s fantasy pairing might never happen, a growing number of marquee designers and luxury brands are inviting guest designers for a one-time appearance — or basing creative leadership based on serial collaboration rather than permanent artistic direction.

WWD has learned that Emilio Pucci, which has churned through six creative directors in the past 20 years, will now invite rotating guests to interpret its brand essence, archive and spirit, starting with French designer Christelle Kocher.

Moncler is perhaps the most prominent proponent of using serial creatives. In 2018, it invited eight designers including Pierpaolo Piccioli, Craig Green and Simone Rocha to join its new Genius project, which followed having Giambattista Valli and Thom Browne design women’s and men’s runway collections, respectively, for a decade.

Tod’s also pursued the rotating guest designer tack in recent years, inviting Alber Elbaz and Alessandro Dell’Aqua to have their way with its archive.

As for guest designer stints, Dries Van Noten took things to a new zenith last year — and perhaps broke down a perceived barrier — when he invited acclaimed couturier Christian Lacroix to codesign his spring 2020 collection.

Before that Piccioli, creative director of Valentino, invited Jun Takahashi of Undercover to collaborate on his men’s and women’s fall 2020 collections; and Kim Jones conscripted Matthew Williams of 1017 Alyx 9SM and Yoon Ahn of streetwear label Ambush to contribute to his new look for Dior Men.

Such tie-ups would have been almost unthinkable in the recent past, when luxury brands and designers pursued a strict policy of direct control of design and distribution.

What opened the door to higher-level, peer-to-peer co-creation?

“Since cultural appropriation has stifled designers and finding purpose has become so difficult in an era of over information, I think that inviting guests, peers and personalities has the benefit of renewing a well-known style language and adding some surprise,” mused trend forecaster Li Edelkoort. “In general I believe that former streetwear designers, luxury designers and couturiers are the best placed to collaborate with codesigners. They are already confident in their own creative skins and don’t fear intervention.”

She counted among the least likely to allow guests such tycoons as Armani and Ralph Lauren: “They have made themselves and cannot allow others.”

“A collaboration is often about the juxtaposition of a small brand with a big one, sometimes with very different aesthetics and even completely different categories. They tend to be buzzy and commercial. Having a guest designer is different — it’s a little more about aligning creativity than juxtaposing it,” she said, highlighting Van Noten and Lacroix working together, to poetic effect. “This pattern emerging of guest designers seems to be born out of a mutual sense of admiration. They are super creative, experimental and not motivated by commerciality.”

Julie Gilhart, chief development officer for the Tomorrow Group and president of Tomorrow Consulting, said the advent of drops — the rocket fuel of the sneaker juggernaut — is now permeating into every corner of fashion, and encouraging collaborations to draw attention, and expand a brand’s community.

“In the case of Valentino and Undercover, a large brand needs to attract new customers and appeal to different global markets,” she said, adding that codesigned collections “provide great storytelling supported by product, and engagement between two designer personalities. Also, in the best-case scenario, the designers learn something new from each other.

“There is a new realization that one can create more business together through collaborations,” Gilhart concluded. “It’s as much about marketing as it is product design. This is the real shift and a sign of our times.”

In an interview, Piccioli said the Valentino x Undercover collection was successful in all channels.

“I think people like [guest designers] because you feel something that is more about the clothes. There’s something special that you can feel and also it comes from two people — the result of two cultures and two identities,” he said in an interview on the sidelines of couture week. “I think it’s a moment where it’s very important to have your own identity and when you’re very secure about your own identity you can talk and confront with each other, other people.

“It’s interesting because there’s something new that can come from two different identities,” he added.

“I love working with people.…There are so many designers I respect, I love and I talk to,” he said, noting he met Piccioli at WWD’s Fashion and Apparel CEO Summit last October and has kept in touch ever since. “We’ve been talking all the time. He’s a really nice guy. I love what he does. I think its nice that people talk and that people are doing stuff together. I think it gives younger people sort of a more positive message.

“I work with all these amazing people every day,” he added, gesturing to his design team. “So to bring in someone else as amazing is a natural thing to do.”

“It’s about really trying to create energy around something,” agreed stylist Karl Templer, who joined the creative team of Ports 1961 last year and now plans to invite a series of guest designers to create specialized capsule ranges. “Sometimes you need a little tension when you’re in your own taste too much. You can be too secure or maybe you can be complacent.”

As for the Ports 1961 project, “obviously I have a point of view of what I’d like the brand to speak to,” Templer said. “And there are certain things other people have great expertise with and I think it’s quite nice to share that with smaller, more independent people. That can help them and it can help you in some ways have a new vocabulary in the age of mega brands.”

“I guess this comes from the music industry where collaborations and guest features are common and much appreciated by the audience,” Edelkoort said. “Since the music industry has long influenced skate and streetwear brands, this has paved the way for luxury houses to also embrace streetwear — ironically just at the moment of their decline.”

Fargo noted that codesigned collections can be a “win-win” all around, lauding the Van Noten/Lacroix tie-up as pitch perfect.

“We’re betting on it being both commercially and critically a smash, and highly collectible to boot. The collaborations prove also to be a great laboratory for seeing one designer trying their hand in another milieu, which can lead to a new house or work for them down the road,” she said.

“You have the chance to surprise, delight, inspire your customer. It’s refreshing,” added Net-a-porter’s von der Goltz. “At best, it can completely reinvigorate a brand — look at Moncler and Genius. This was inverted in a way; a large-scale relatively niche brand looking to multiple creatives to interpret their brand codes. The results were exciting.”

The retailer said “straight collaborations perform incredibly well for us. The hype ones like, say, Nike and Sacai or Valentino Garavani and Birkenstock were complete sell-outs.”

As for fantasy pairings, she lobbed a few: “Jean Paul Gautier with someone,” she mused. “The real Mr. Margiela, Phoebe Philo — more amazing comebacks!”